The well was drilled about 6 kilometres southeast of the Norne field and 200 kilometres northwest of Brønnøysund.

The objective of the well was to prove petroleum in Lower Jurassic reservoir rocks (the Åre formation).

Well 6508/1-3 encountered about 170 metres of alternating layers of sandstone, claystone and coal in the Åre formation, of which a total of nearly 50 metres of sandstone with very good reservoir quality. There are no traces of petroleum in the well, which is classified as dry.

This is the first exploration well in production licence 758. The licence was awarded in APA 2013.

The well was drilled to a vertical depth of 1663 metres below the sea surface, and was terminated in the Åre formation in the Lower Jurassic.
Water depth at the site is 390 metres.

Well 6508/1-3 was drilled by the Transocean Arctic drilling facility, which will now drill wildcat well 6608/11-9 in production licence 842 in the Norwegian Sea, where Capricorn Norge AS is the operator. 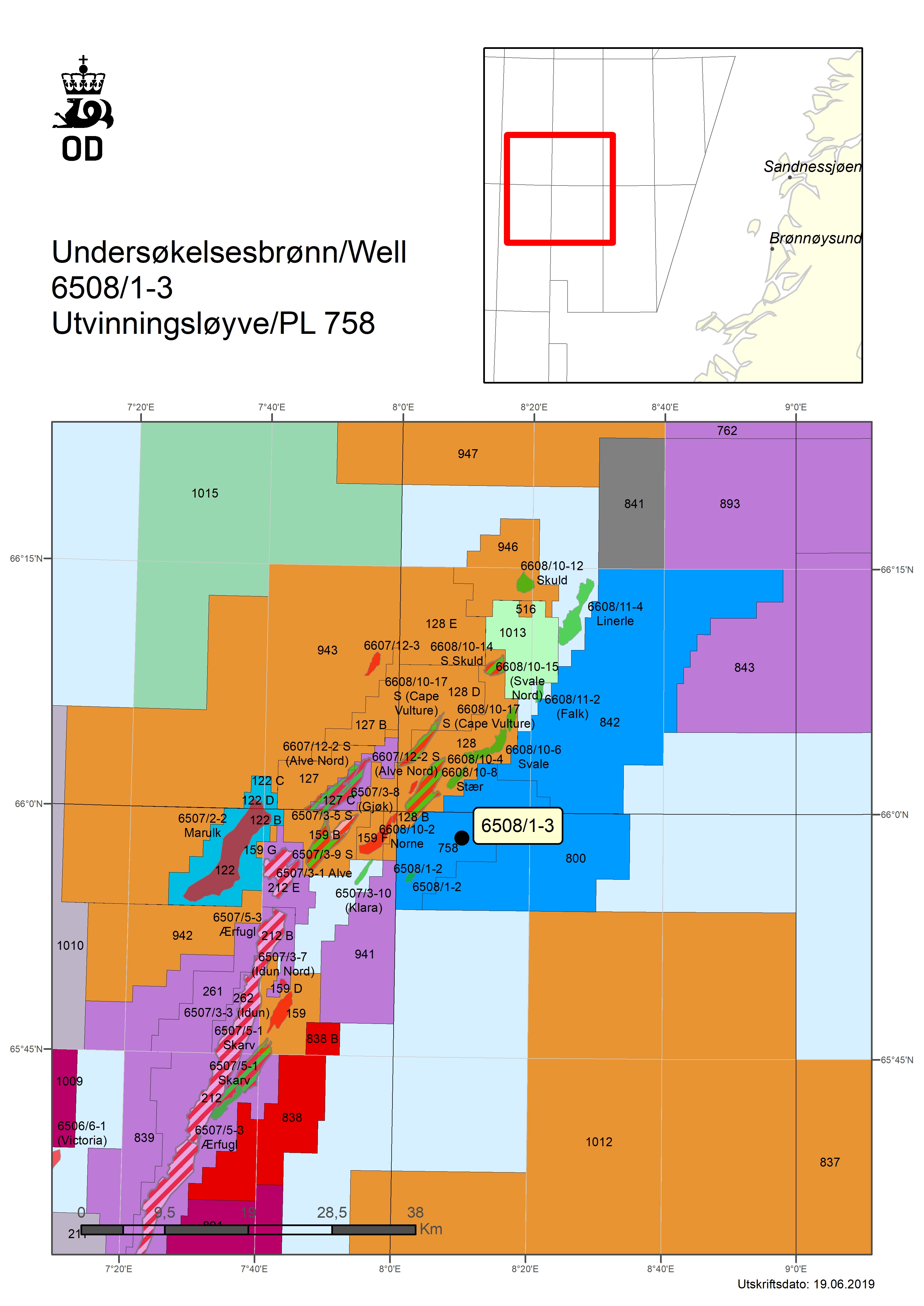