The well was drilled about one kilometre west of the Johan Sverdrup oil field in the central part of the North Sea and 200 kilometres west of Stavanger.

The well was drilled about 110 metres into basement rock, of which 77 metres of weathered and fractured basement rock with poor to moderate reservoir properties. In the upper part of the basement, the well encountered traces of oil in a zone of about 19 metres.

At this time, it is impossible to determine whether the oil is producible or simply residual. No sedimentary rocks were encountered in other levels. Pending new information and interpretation of collected data, the preliminary classification is that the well is dry.

The well was not formation-tested, but extensive volumes of data have been acquired and samples have been taken.

The well has yielded important information about the potential for reservoir properties in the basement rock, as well as pressure communication in the area.

This is the second exploration well in production licence 502. The licence was awarded in APA 2008.

The well was drilled to a vertical depth of 1988 metres below the sea surface, and was terminated in the basement rock.

Water depth at the site is 105 metres. The well will now be permanently plugged and abandoned.

The well was drilled by the Transocean Spitsbergen drilling facility, which will now proceed to the shipyard before well operations start up on the Snorre field in the northern part of the North Sea. 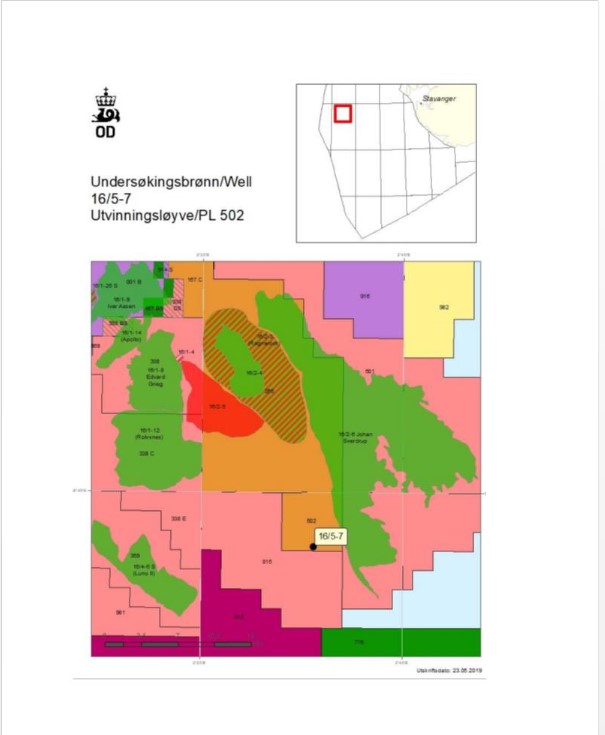