The objective of the well was to prove petroleum in Middle Jurassic reservoir rocks (the Garn and Ile formations). In addition, reservoir and fluid data were to be collected from the Lysing formation in the Upper Cretaceous.

The Ile formation is tight and aquiferous. The gas/water contact was not encountered. As expected, the Lysing formation is aquiferous, and data was collected as planned.

Preliminary estimates place the size of the discovery between 8 and 14 million standard cubic metres (Sm3) of recoverable oil equivalents.

The licensees in production licence 942 will consider follow-up of the discovery, and will determine whether further appraisal is needed.

The well was not formation-tested, but extensive volumes of data have been acquired and samples have been taken.

The well was drilled to vertical and measured depths of 4147 and 4191 metres below the sea surface, and it was terminated in the Tilje formation in the Lower Jurassic.

Water depth at the site is 332 metres. The well has been permanently plugged and abandoned.

Well 6507/2-5 S was drilled by the West Phoenix drilling facility, which will now move on to drilling assignments in the UK sector. 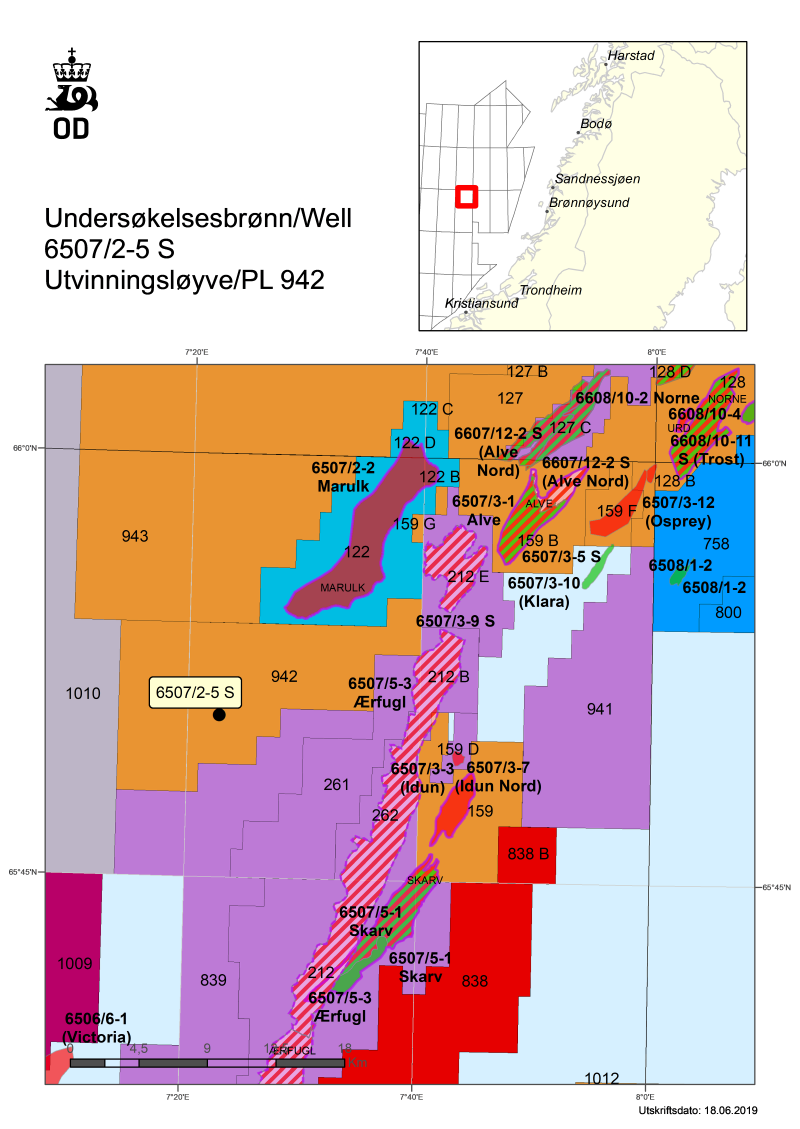