The objective of the well was to prove petroleum in reservoir rocks from the Early Jurassic Age (the Tilje and Åre Formations).

The well encountered about seven metres of oil-bearing sandstone in the upper part of the assumed Jurassic sequence. The sandstone, which has not yet been dated, has moderate to good reservoir quality.

The well encountered a total of about 200 metres of sandstones in what are thought to be the exploration targets in the Tilje and Åre Formations, with moderate to good reservoir quality. The sandstones are water-bearing.

Preliminary estimates place the size of the discovery at less than 1 million standard cubic metres (Sm3) of recoverable oil. The discovery is not considered to be profitable.

The well was not formation-tested, but data has been collected and samples have been taken.

The well was drilled to a vertical depth of 1874 metres below sea level, and it was terminated in rocks from the Triassic Age.

This is the first exploration well in production licence 896. The licence was awarded in APA 2016. Water depth at the site is 357 metres.

The well has now been permanently plugged and abandoned.

Well 6611/1-1 was drilled by the West Hercules drilling facility. The rig will now drill well 31/5-7 in exploitation licence 001 where Equinor Energy AS is the operator. 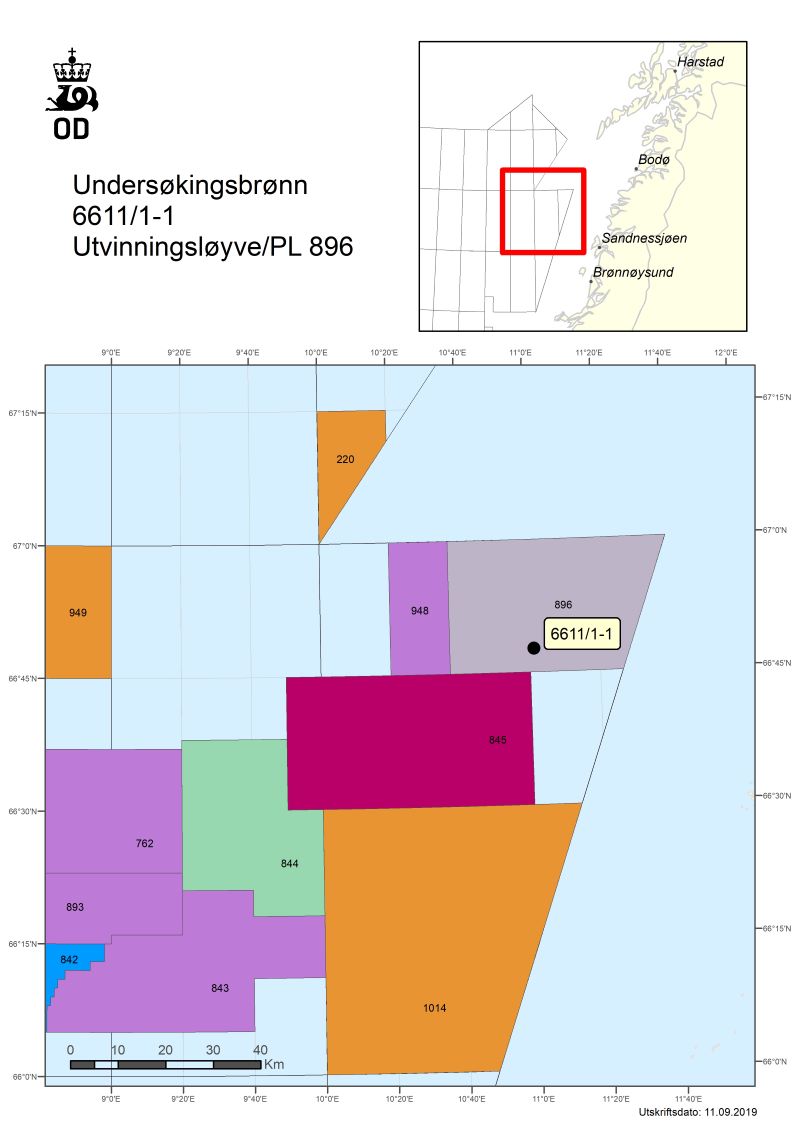