Preliminary estimates place the size of the discovery between 0.5 and 1.5 million standard cubic metres (Sm3) of recoverable oil equivalent. The discovery is assessed as not commercial.

The well was not formation-tested, but extensive volumes of data have been collected.

This is the second exploration well in production licence 019 C, which was awarded in 1998.

Well 2/1-17 S was drilled to a vertical depth of 4322 metres and a measured depth of 4334 metres below sea level. The well was terminated in the Tyne Group in the Upper Jurassic.

Water depth at the site is 66 metres. The well will now be permanently plugged and abandoned.

Well 2/1-17 S was drilled by the Maersk Interceptor drilling facility, which will now drill development wells in production licence 001 B on the Ivar Aasen field in the North Sea, where Aker BP ASA is the operator. 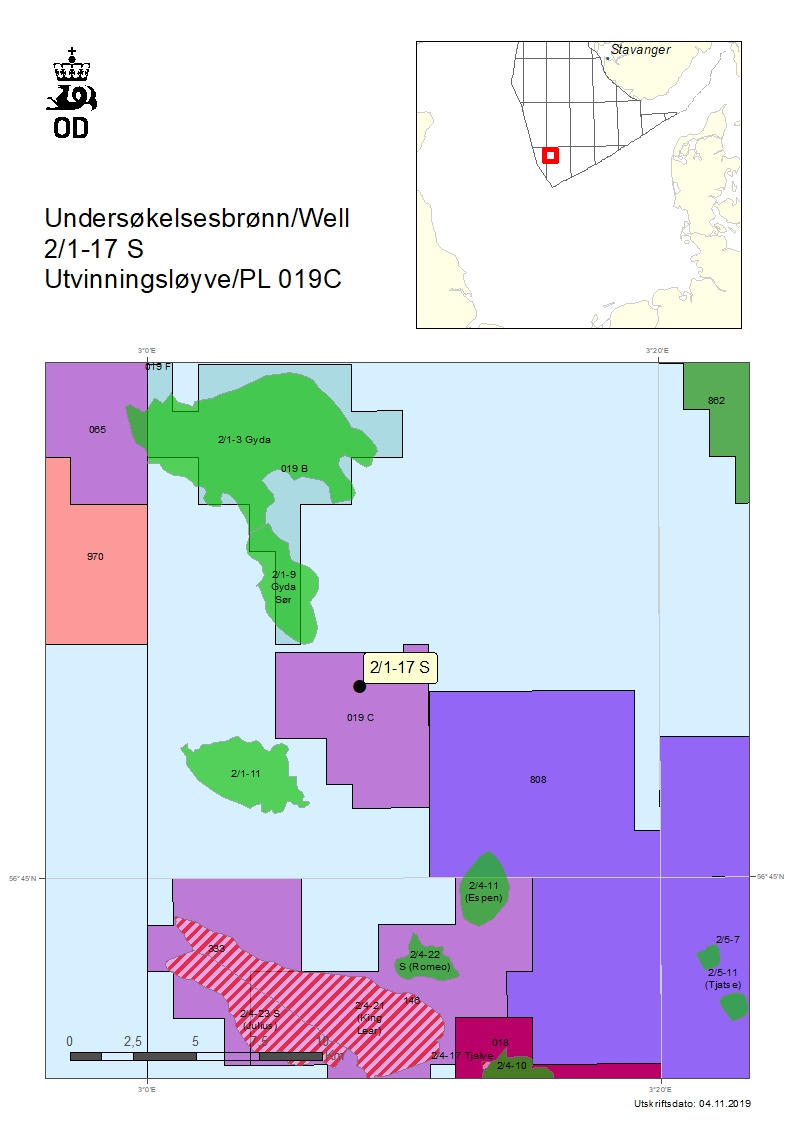