The well was drilled about 14 kilometres southwest of the Norne field in the northern part of the Norwegian Sea and 200 kilometres west of Sandnessjøen.

The well is the fourth exploration well in production licence 159B, which was awarded in licensing round 12-B in 1989.

The well was drilled to a vertical depth of 3380 metres below the sea surface, and it was terminated in the Lyr formation from the Early Cretaceous Age. Water depth at the site is 368 metres. The well will now be permanently plugged and abandoned.

Well 6507/3-13 was drilled by the Transocean Spitsbergen drilling facility, which will now drill wildcat well 16/5-7 in production licence 502 in the North Sea, where Equinor Energy AS is the operator. 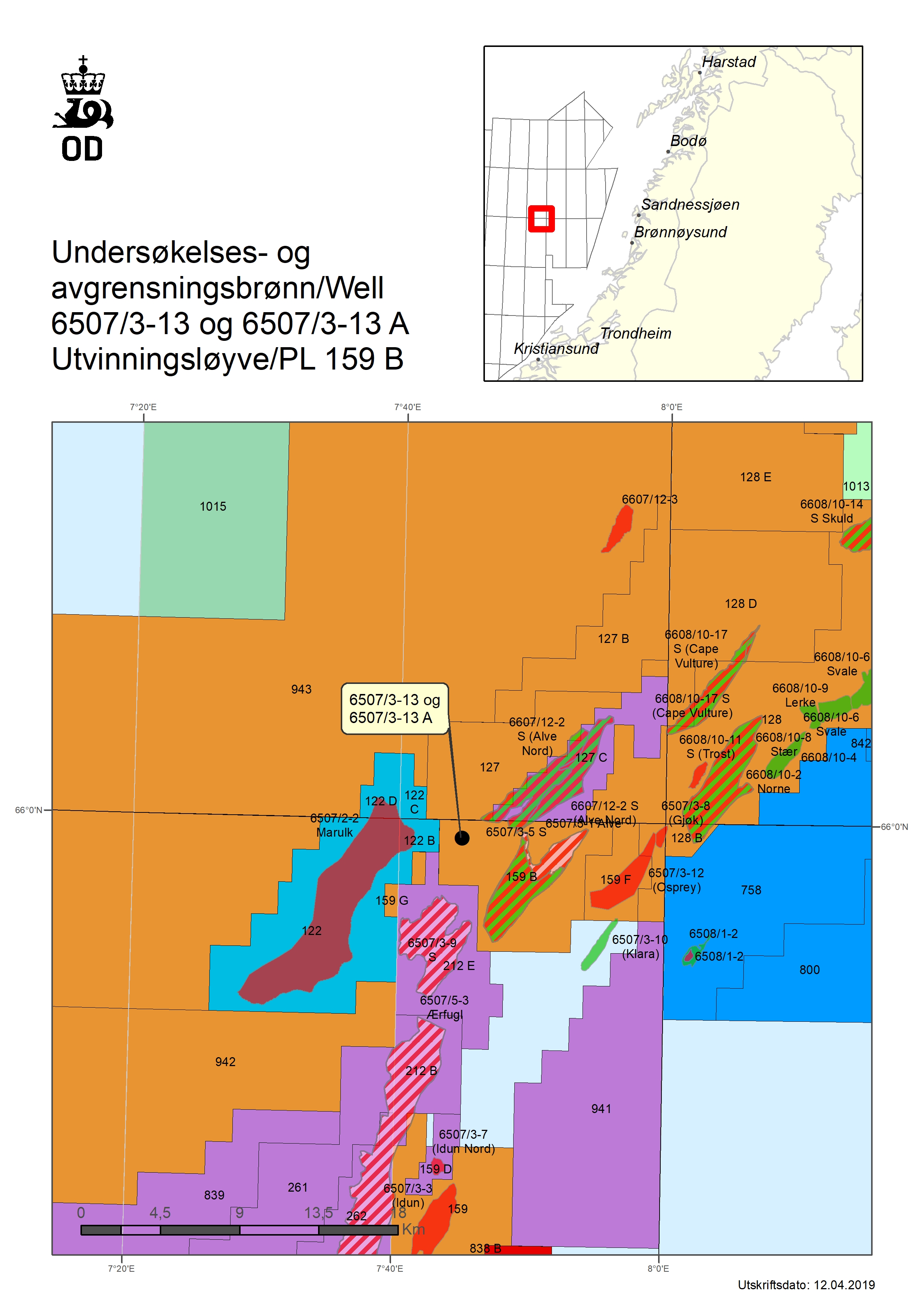 15/09/2021 The authorities have received applications from 31 companies in the Awards in Predefined Areas (APA) 2021.
Announcement: Award of area for storage of CO2 on the Norwegian continental shelf