Well 7324/6-1 encountered an approximate 60-metre sandstone layer with poor reservoir quality in the upper part of the Snadd formation. The reservoir is aquiferous with traces of oil. The reservoir is at the same stratigraphic level where oil was proven in well 7325/4-1 (Gemini Nord).

In the middle part of the Snadd formation, the well encountered an approximate 15-metre oil column with poor reservoir quality. The oil/water contact was encountered in the well at a depth of 1354 metres. This reservoir is at a corresponding stratigraphic level as the 7324/3-1 (Intrepid Eagle) gas discovery.

Preliminary estimates place the size of the discovery between 3 and 10 million standard cubic metres (Sm³) of recoverable oil. The licensees will assess the discovery together with other nearby discoveries/prospects as regards potential further follow-up.

This is the second exploration well in production licence 855, which was awarded in the 23rd licensing round in 2016. Well 7324/6-1 was drilled to a vertical depth of 1569 metres below the sea surface, and was terminated in the Snadd formation in the Late Triassic.

Water depth at the site is 449 metres. The well has been permanently plugged and abandoned.

Well 7324/6-1 was drilled by the West Hercules drilling facility, which is now drilling wildcat well 6407/3-2 in production licence 796, where Equinor Energy AS is the operator. 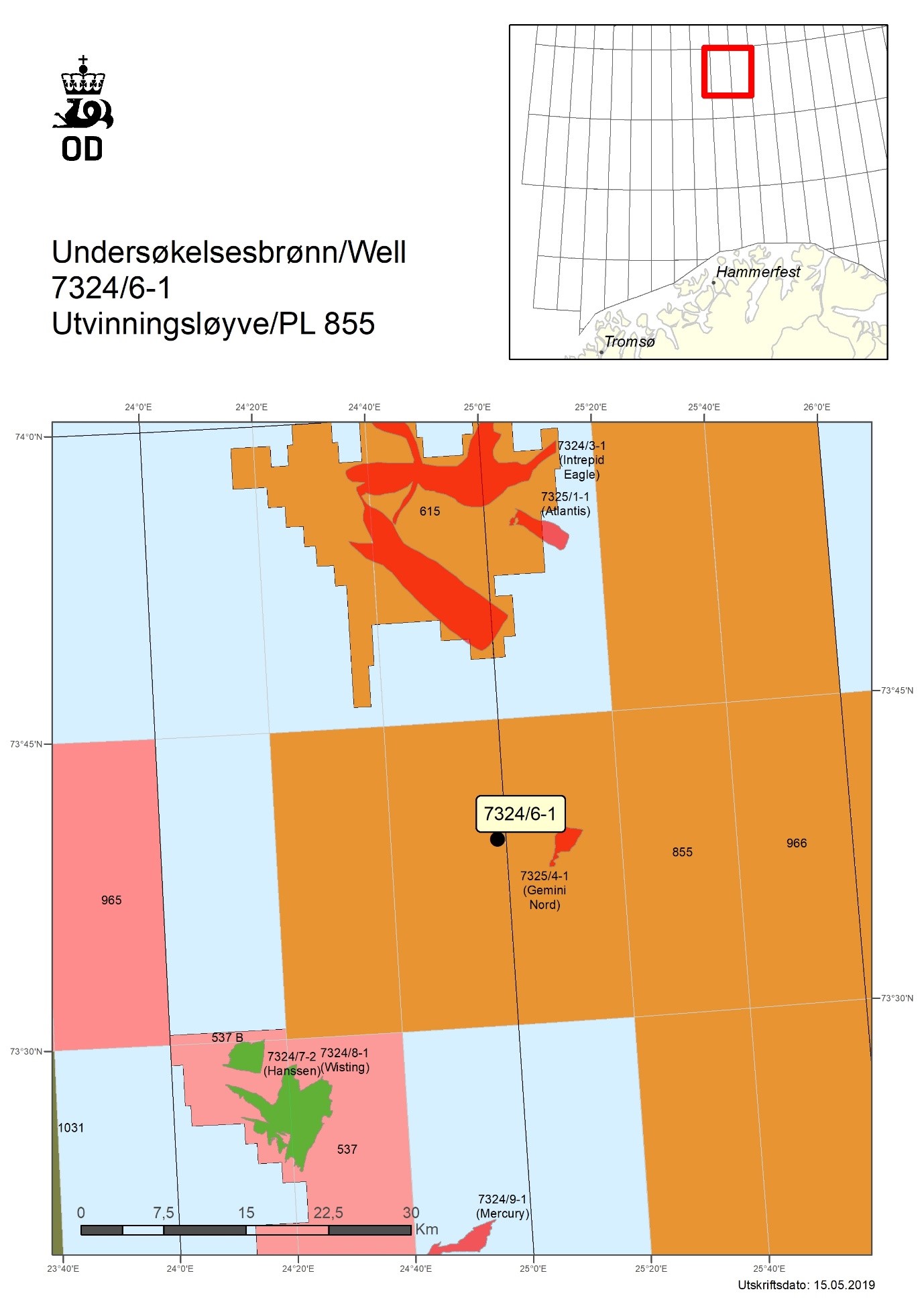