The primary and secondary exploration targets for the well were to prove petroleum in reservoir rocks from the Early Miocene period (the Skade formation).

Preliminary estimates indicate the size of the discovery is between 13 and 32 million standard cubic metres (Sm3) of recoverable oil. The flow potential and recovery rate are uncertain and will have to be clarified prior to preparation of a possible development plan.

This is the ninth exploration well in production licence 442. The licence was awarded in APA 2006.

The well was drilled to a vertical depth of 1170 metres below the sea surface and was terminated in rocks from the Oligocene age (the Hordaland group).
Water depth at the site is 110 metres. The well has now been permanently plugged and abandoned.

The well was drilled by the Deepsea Stavanger drilling facility, which will now move on to the Norwegian Sea to drill wildcat well 6608/6-1 in production licence 762, der Aker BP ASA is the operator. 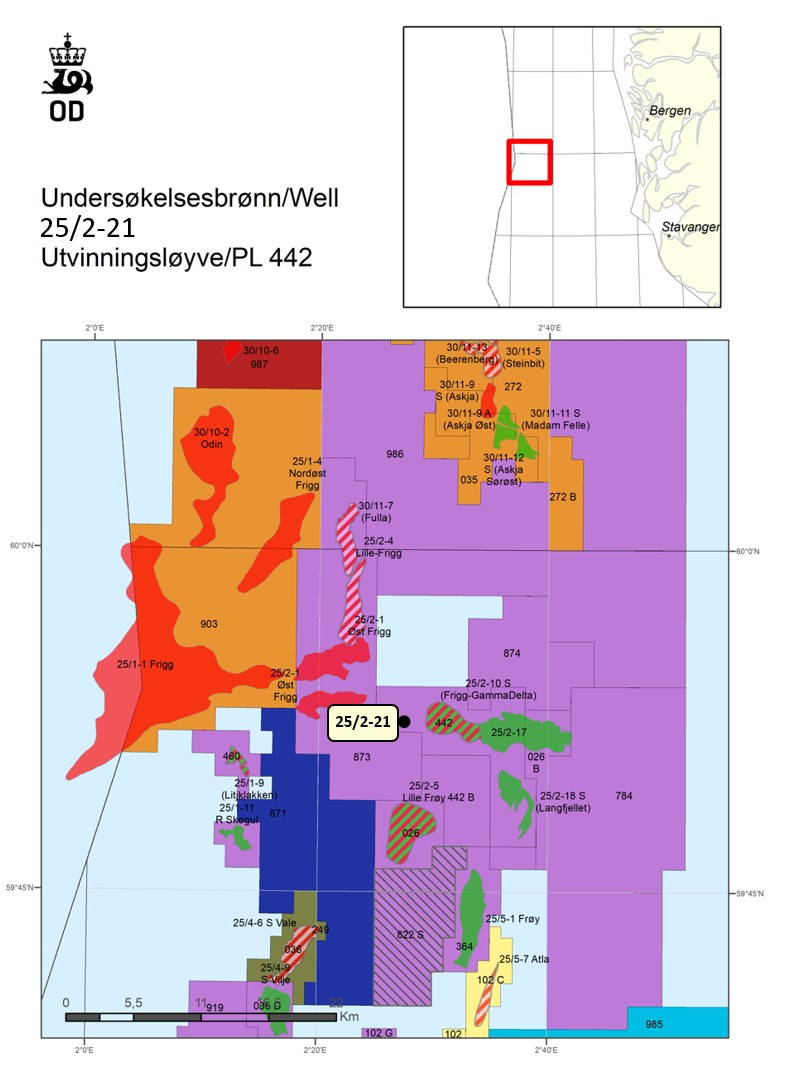