The wells were drilled about 6 kilometres southwest of the Bøyla field, and about 230 kilometres west of Stavanger.

The sandstones are interpreted as being remobilised sand from the Heimdal and Hermod formation, and injected into overlying stratigraphy in the Rogaland and Hordaland group.

Appraisal well 24/9-13 A encountered a gas column of about 40 metres in injectite zones, of which a total of 7 metres of sandstone with good to very good reservoir quality. The sandstones are interpreted as being injected sands in the Hordaland group, as in well 24/9-13.

Petroleum/water contacts were not encountered in any of the wells, but the wells overall proved a gas column of minimum 77 metres.

Preliminary estimates place the size of the discovery between 0.6 and 1.7 million standard cubic metres (Sm3) of recoverable oil equivalents. The licensees will assess the well results for further delineation of the discovery.

The wells were not formation-tested, but extensive data acquisition and sampling have been conducted.

These are the third and fourth exploration wells in production licence 869, which was awarded in APA 2016.

Water depth at the site is 118 metres. The wells have been permanently plugged and abandoned.

Wells 24/9-13 and 24/9-13 A were drilled by the Deepsea Nordkapp drilling facility, which will now drill a production well on the Skogul field in production licence 460, where Aker BP ASA is the operator. 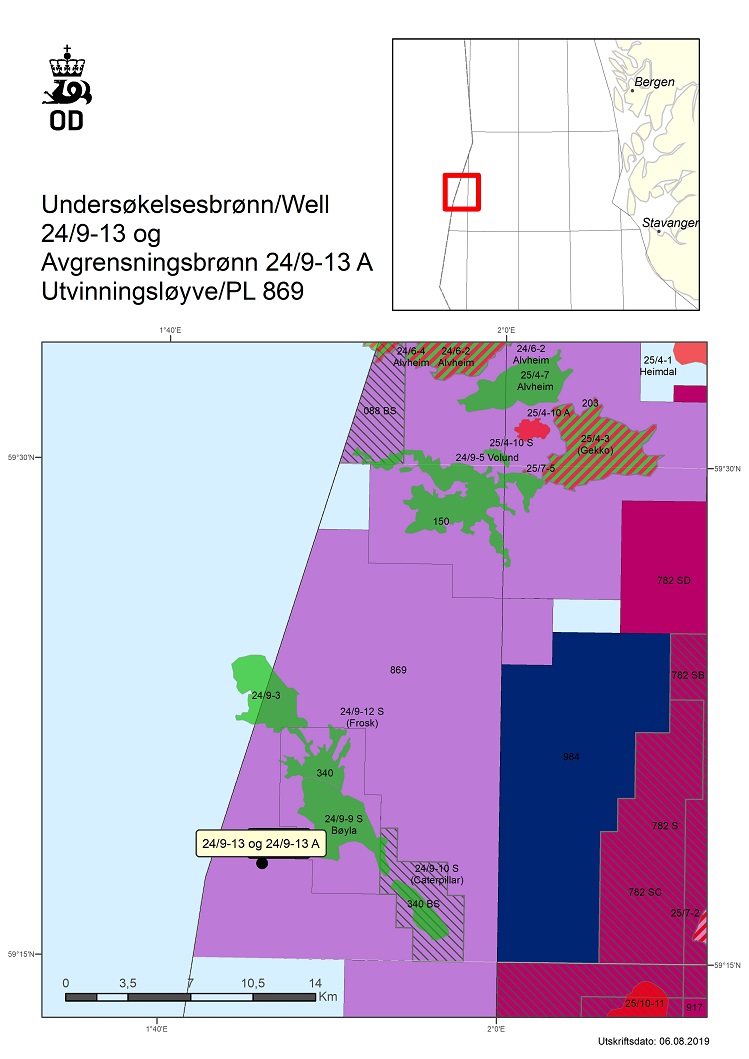