The well was drilled about 14 kilometres south of the Edvard Grieg field in the central part of the North Sea, 285 kilometres west of Stavanger.

The primary exploration target for well 16/5-8 S was to prove petroleum in fractured and weathered granitic basement rock and to verify pressure communication with the 16/1-12 (Rolvsnes) oil discovery.

The well encountered a potential oil column of about 20 metres in fractured, weathered basement rock, with poor reservoir quality. Preliminary estimates place the size of the discovery between 0.2 and 1.6 million Sm3 recoverable oil. Pressure data shows that the discovery is not in pressure communication with the 16/1-12 (Rolvsnes) oil discovery.

The licensees’ assessment is that there is an additional upside potential in the licence area, and they will consider further delineation of the discovery after implementing the planned long-term test of the 16/1-12 (Rolvsnes) oil discovery.

The well was drilled to a respective measured and vertical depth of 2443 metres and 2068 metres below the sea surface, and it was terminated in granitic basement rock.

This is the first exploration well in production licence 815. The licence was awarded in APA 2015. Water depth at the site is 104 metres. The well will now be permanently plugged and abandoned.

Well 16/5-8 S was drilled by the Leiv Eiriksson drilling facility. The rig will now drill wildcat well 25/7-7 in production licence 782 S in the central part of the North Sea, where ConocoPhillips Skandinavia AS is the operator. 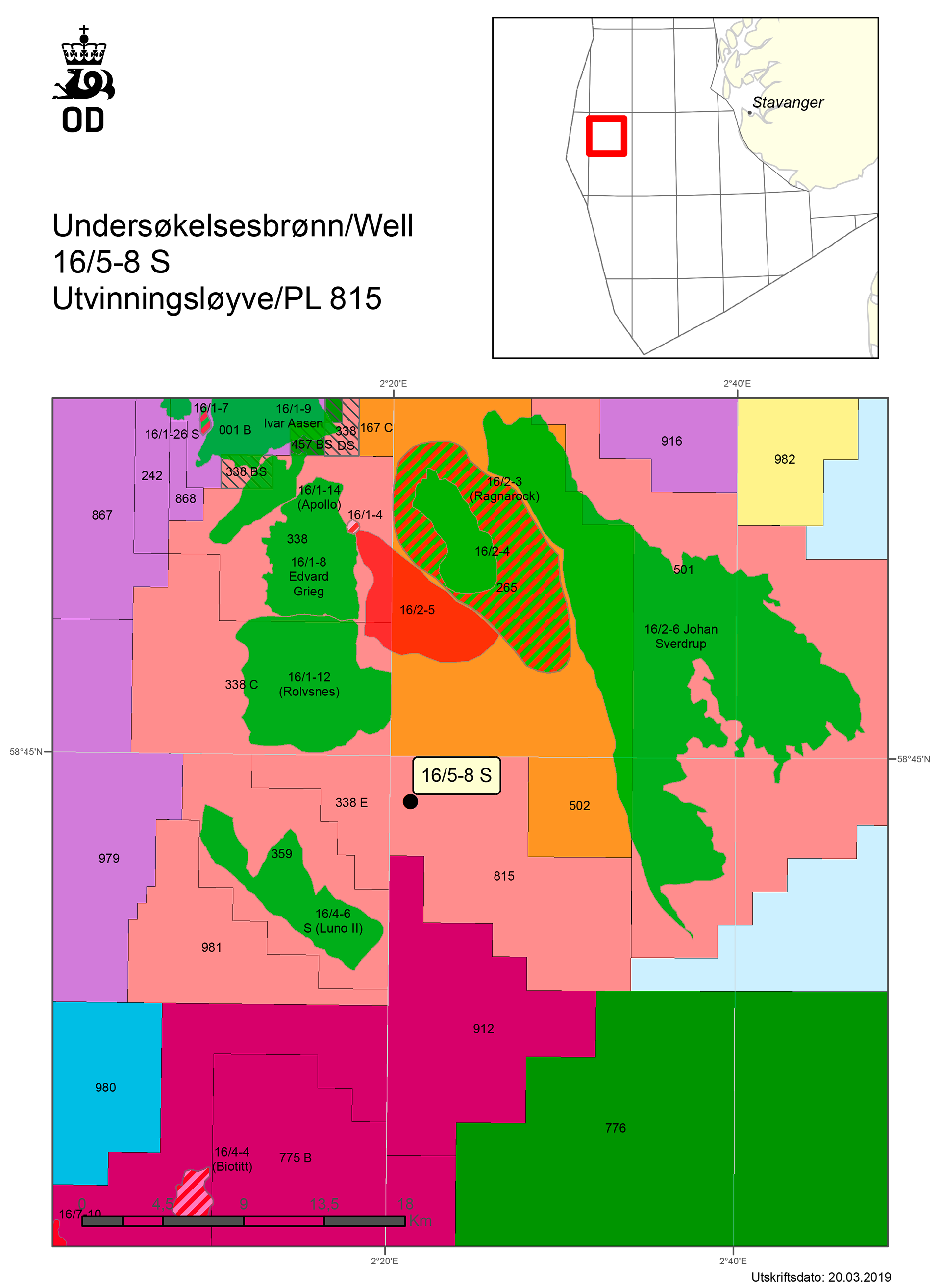