In the primary target, the well encountered a 6-metre sandstone layer with poor reservoir quality. There were traces of petroleum. No reservoir rocks were encountered in the secondary target. The well is classified as dry.

Extensive data acquisition was carried out.

This is the 11th exploration well in production licence 609. The licences were awarded in the 21st licensing round in 2011.

The well was drilled to a vertical depth of 1537 metres below sea level, and it was terminated in carbonate-bearing rocks from the Late Permian Age (the Røye Formation). Water depth at the site is 370 metres. The well will now be permanently plugged and abandoned.

Well 7221/4-1 was drilled by the West Bollsta drilling facility, which will now drill wildcat well 7219/11-1 in production licence 533 B, where Lundin Energy Norway AS is the operator. 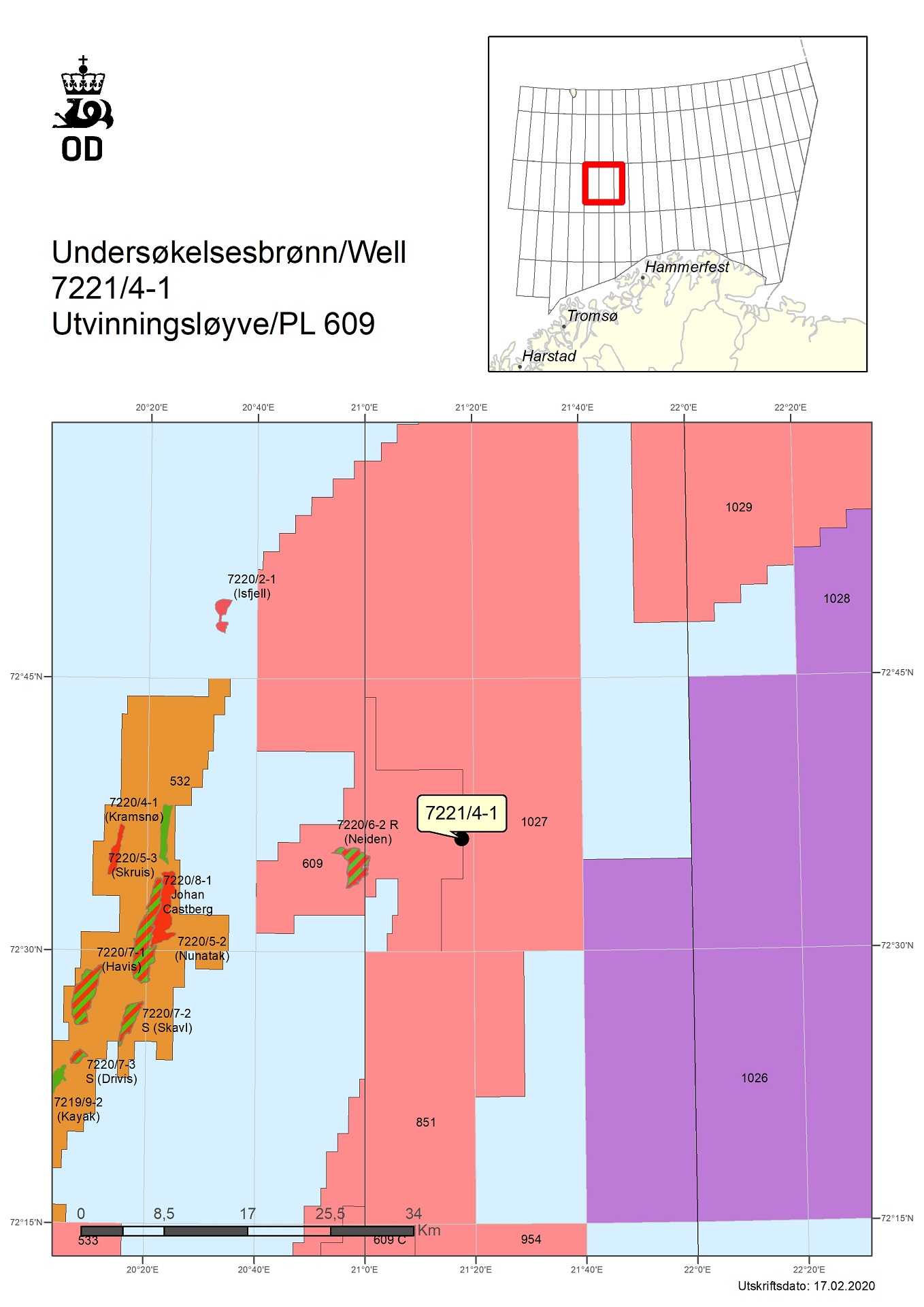