02/11/2020 Equinor Energy AS, operator of production licence 263 D, has concluded the drilling of wildcat well 6407/1-8 S. The well was drilled about 9 kilometres east of the Maria field in the Norwegian Sea, and about 210 kilometres north of Kristiansund.

The objective of the well was to prove petroleum in reservoir rocks from the Middle Jurassic Age (the Garn and Ile Formations).

The well encountered the Garn Formation with a thickness of about 85 metres, with reservoir rocks of moderate to very good reservoir quality. The well is dry in the Garn and Ile Formations.

The well encountered a 9-metre gas column in the Lange Formation from the Late Cretaceous Age, in which there were three thin sandstone layers totalling 4 metres with poor to moderate reservoir properties.

Preliminary estimates place the size of the discovery between 0.5 and 1.6 million Sm3 of recoverable oil equivalent.

The licensees will assess the discovery along with other discoveries/prospects in the vicinity as regards further follow-up.

The well was not formation-tested, but data acquisition was undertaken.
This is the first exploration well in production license 263 D. The licence was awarded in APA 2017.

Well 6407/1-8 S was drilled to a vertical depth of 3518 metres below sea level and was terminated in the Ile Formation from the Middle Jurassic Age.

Water depth at the site is 295 metres. The well will be permanently plugged and abandoned.

Well 6407/1-8 S was drilled by the West Hercules drilling facility, which is moving on to drill wildcat well 7018/5-1 in production license 960 in the Barents Sea, where Equinor Energy AS is the operator. 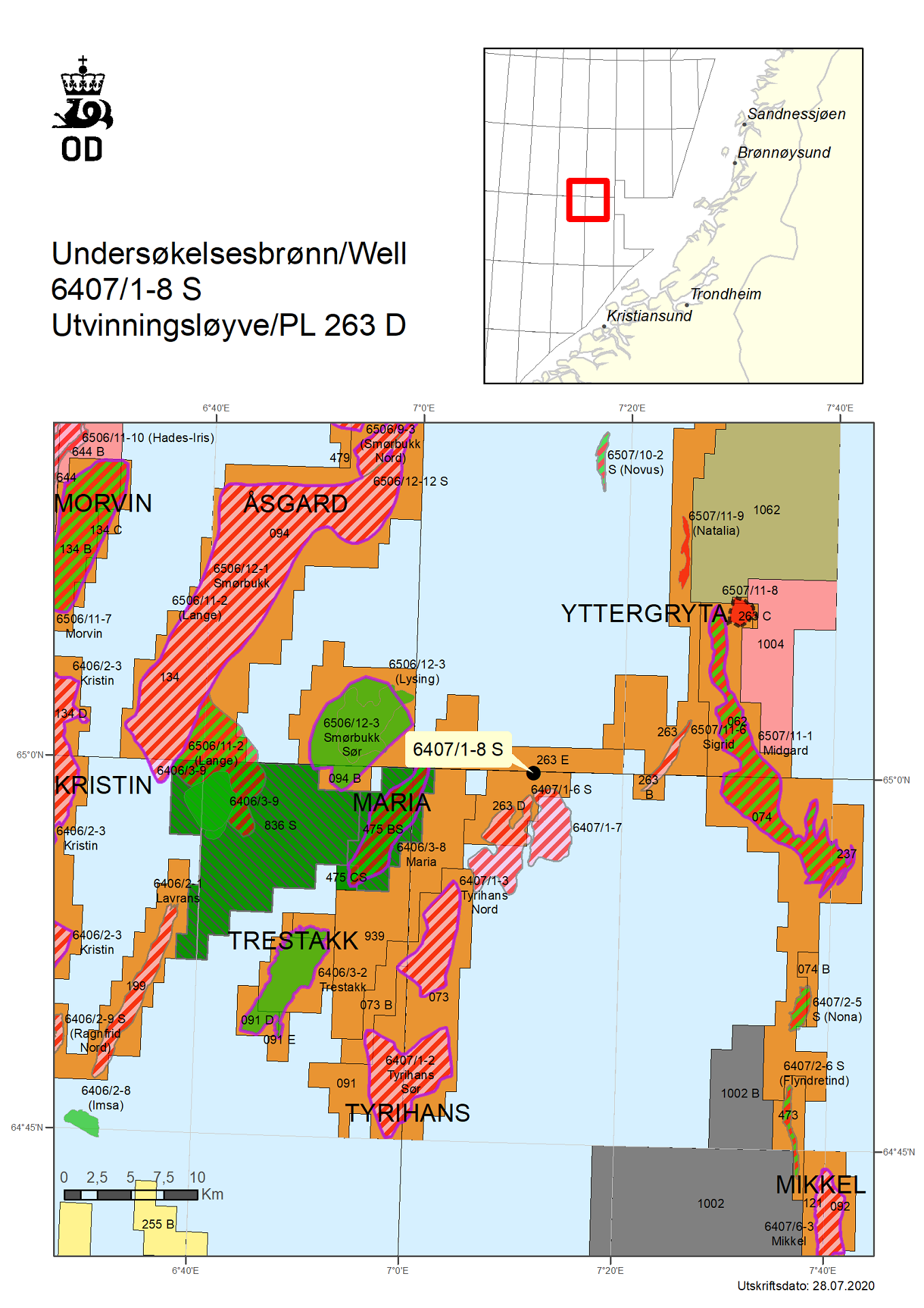