The well was drilled about five kilometres west of the Morvin field in the Norwegian Sea and 240 kilometres northwest of Kristiansund.

The objective of the well was to delimit the gas/condensate discovery in the Lange Formation toward the southwest, reduce uncertainty associated with the resource estimate, and to conduct a formation test.

The well encountered an interpreted gas column of about eight metres in the Lange Formation, with sandstone layers totalling about 83 meters with variable reservoir properties from poor to moderate. The gas/water contact was not directly encountered.

The well was not formation-tested, but extensive data acquisition was carried out.

Well 6506/11-12 S was drilled to a measured depth of 4150 metres and a vertical depth of 4062 metres below sea level, and was terminated in the Lange Formation in the Lower Cretaceous.

Water depth at the site is 433 metres. The well will now be permanently plugged and abandoned.

The well was drilled by the Island Innovator drilling facility, which will now proceed to Hanøytangen shipyard. 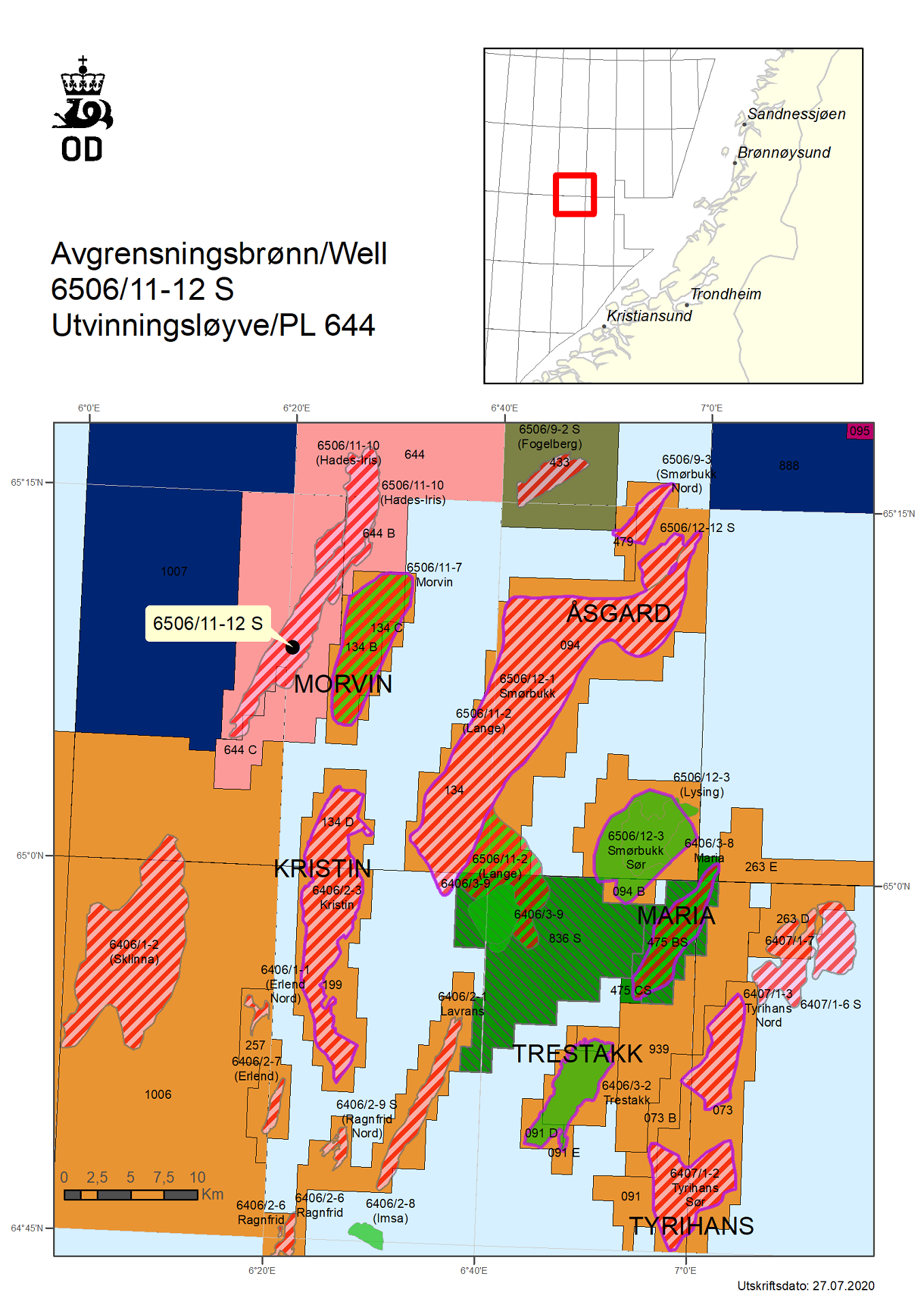