The well has been drilled about 113 kilometres southwest of the Aasta Hansteen field in the northern part of the Norwegian Sea.

The 6604/5-1 gas discovery was proven in Upper Cretaceous reservoir rocks (the Springar Formation) in 2018. Prior to drilling the appraisal well, the operator estimated resources at between 7 and 19 billion standard cubic metres (Sm3) of recoverable gas and between 1 and 3 million Sm3 of recoverable condensate.

The objective of the well was to delineate the Balderbrå discovery. The well encountered the Springar Formation in three intervals totalling 210 metres, with a total of about 140 metres of sandstone with poor reservoir quality. Only traces of gas were encountered, and pressure communication with the discovery well has not been confirmed. The well is classified as dry.

Extensive volumes of data have been collected and samples have been taken.

This is the third exploration well in production licence 894, which was awarded in APA 2016.

Well 6604/5-2 S was drilled to a vertical depth of 3816 metres and a measured depth of 4121 metres below sea level, and the well was terminated in the Springar Formation in the Upper Cretaceous.

Water depth at the site is 1207 metres. The well will be permanently plugged and abandoned.

Well 6604/5-2 S was drilled by the Scarabeo 8 drilling facility. The facility will now drill wildcat well 6406/3-10 in production licence 836 S in the Norwegian Sea, where Wintershall Dea Norge AS is the operator. 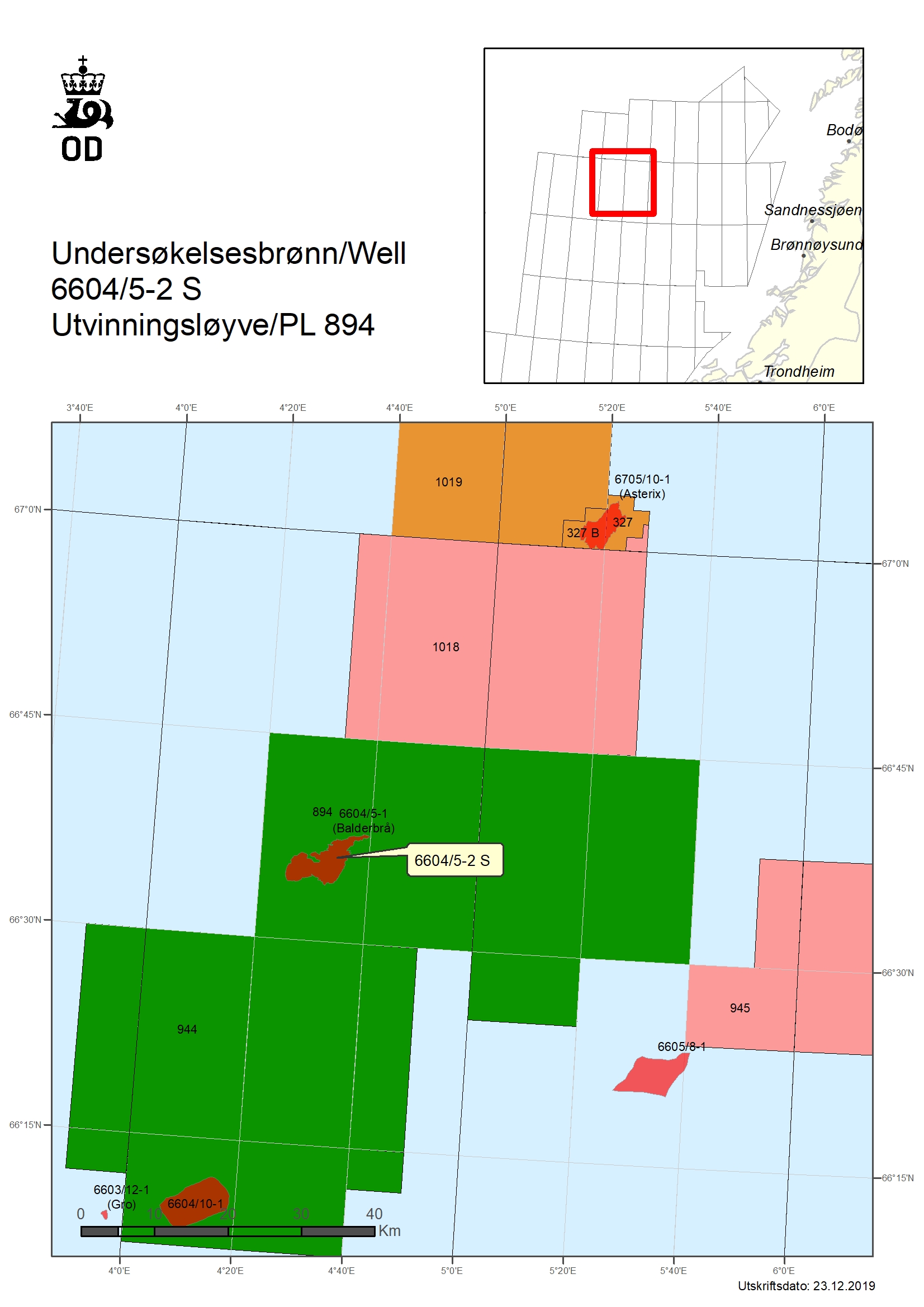