12/02/2020 ConocoPhillips Skandinavia AS, operator of production licence 917, has concluded the drilling of wildcat well 25/7-9 S.

The well was drilled about 7 kilometres northwest of the Balder field in the central part of the North Sea and 200 kilometres west of Stavanger.

25/7-9 S was drilled to respective measured and vertical depths of 1955 and 1899 metres below sea level, and the well was terminated in the Sele Formation. Data has been collected in the well.

This is the second exploration well in production licence 917. The licence was awarded in APA 2017. Water depth at the site is 126 metres. The well has been permanently plugged and abandoned.

Well 25/7-9 S was drilled by the Leiv Eiriksson drilling facility. 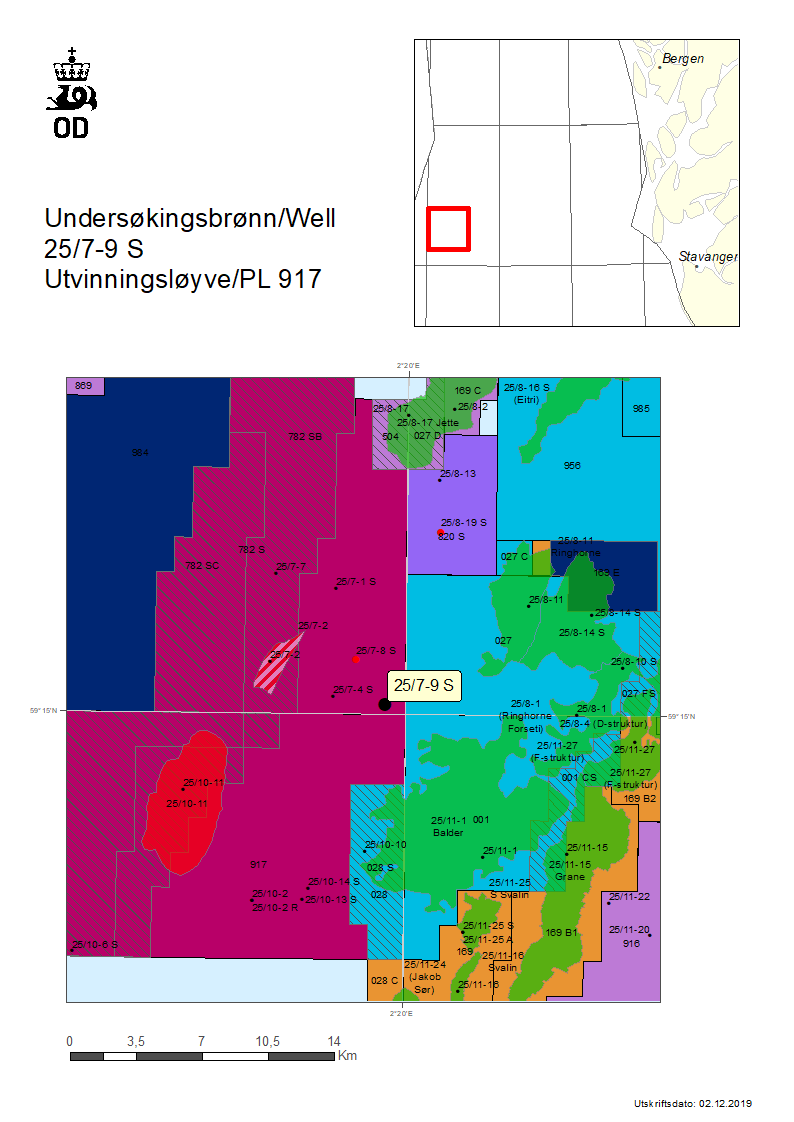