The objective of the well was to prove petroleum in reservoir rocks from the Early Eocene and Late Palaeocene Age (Intra Balder and Sele Formation sandstones).

Data acquisition has been carried out in the well.

This is the first well in production licence 827 S. The licence was awarded in APA 2015.

Well 35/10-6 was drilled to a vertical depth of 1907 metres below sea level and was terminated in the Lista Formation from the Late Palaeocene Age.
Water depth at the site is 368 metres. The well has been permanently plugged and abandoned.

Well 35/10-6 was drilled by the West Hercules drilling facility, which will now drill wildcat well 30/2-5 S in production licence 878 in the northern North Sea, where Equinor Energy AS is the operator. 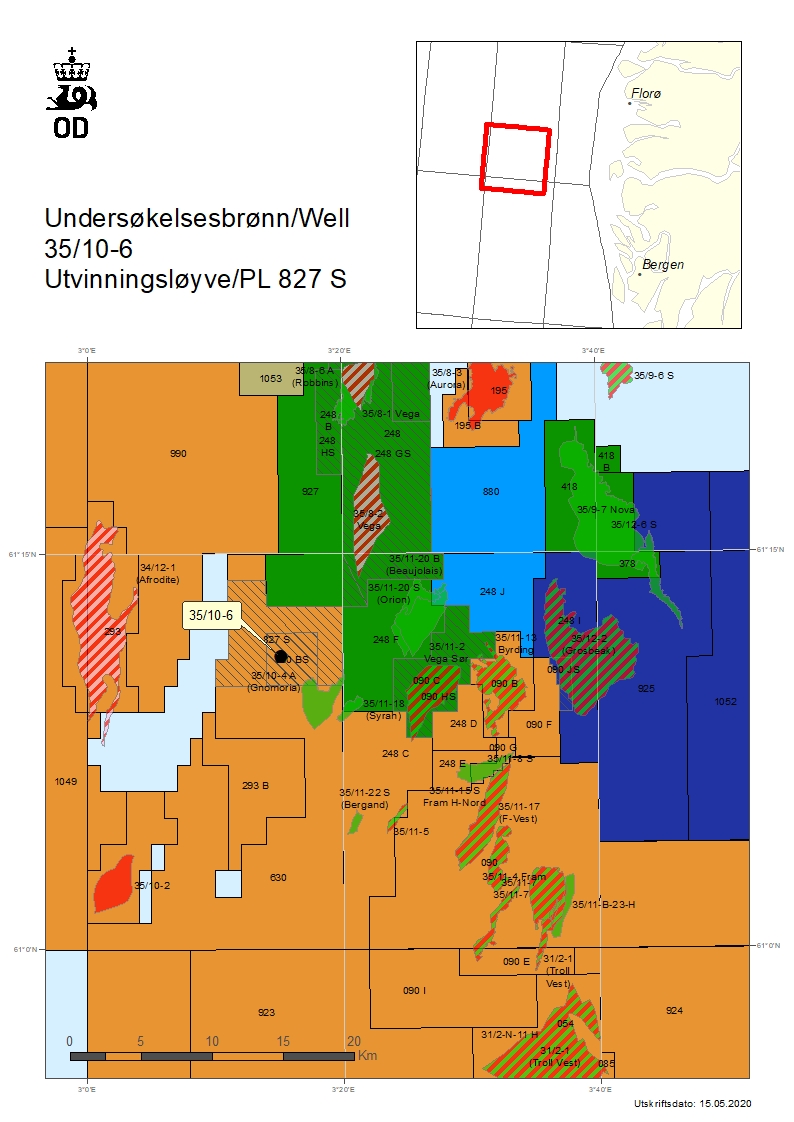