24/04/2020 Neptune Energy Norge AS, operator of production licence 889, is in the process of concluding the drilling of wildcat well 6507/8-10 S. The well was drilled about 10 kilometres east of the Heidrun field in the Norwegian Sea and 215 kilometres west of Brønnøysund.

The objective of the well was to prove petroleum in Lower Jurassic reservoir rocks (the Tilje and Åre Formations).

The well encountered the Tilje Formation with a thickness of about 150 metres, with sandstones totalling about 100 metres with good to very good reservoir quality.

The Åre Formation was encountered with a thickness of about 195 metres, with sandstone layers totalling around 100 metres with good to very good reservoir quality. No traces of petroleum were proven. The well is dry.

Data acquisition has been performed.

This is the first exploration well in production licence 889, which was awarded in APA 2016.

Well 6507/8-10 S was drilled to a measured depth of 2399 metres and a vertical depth of 2311 metres under the sea surface, and was terminated in the Åre Formation in the Lower Jurassic.

Water depth at the site is 324 metres. The well will now be permanently plugged and abandoned.

Well 6507/8-10 S was drilled by the West Phoenix drilling facility, which will now drill production wells on the Fenja field in production licence 586 in the Norwegian Sea. 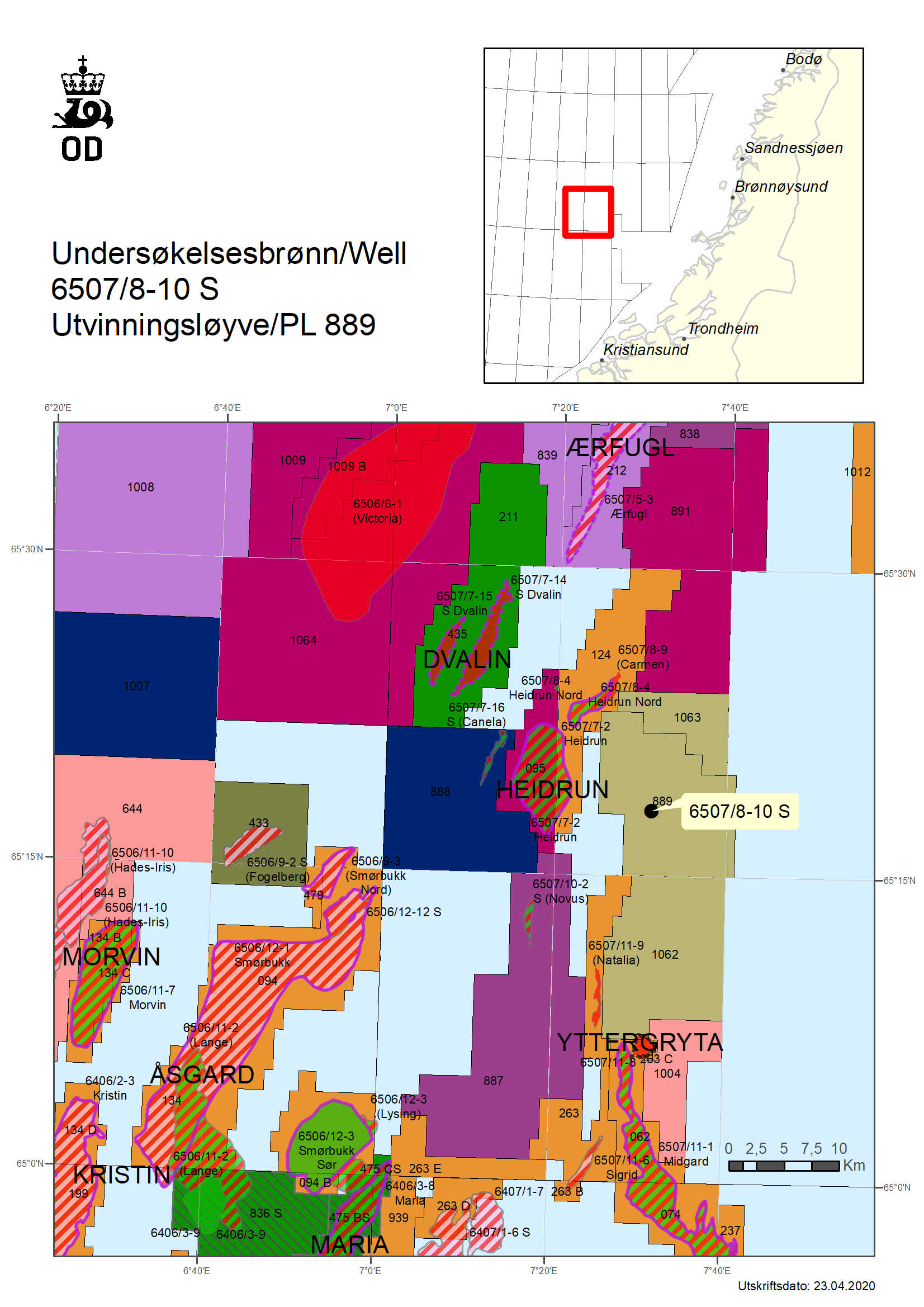