The well was drilled about 5 kilometres north of the Ivar Aasen field in the central part of the North Sea, and about 200 km west of Stavanger.

The objective of the well was to prove petroleum in reservoir rocks in the Middle Jurassic (Sleipner Formation) and the Upper Triassic (Skagerrak Formation).

The well is dry. The well was not formation-tested, but data acquisition was carried out.

This is the first exploration well in production licence 780. The licence was awarded in APA 2014.

Well 16/1-33 S was drilled to respective vertical and measured depths of 3042 and 3158 metres below sea level, and was terminated in the Skagerrak Formation in the Upper Triassic.

Water depth at the site is 116 metres. The well will now be permanently plugged and abandoned.

Well 16/1-33 S was drilled by the Leiv Eiriksson drilling facility, which will now proceed to drill wildcat well 6507/4-1 in production licence 1009 in the southern part of the Norwegian Sea, where ConocoPhillips Skandinavia AS is the operator. 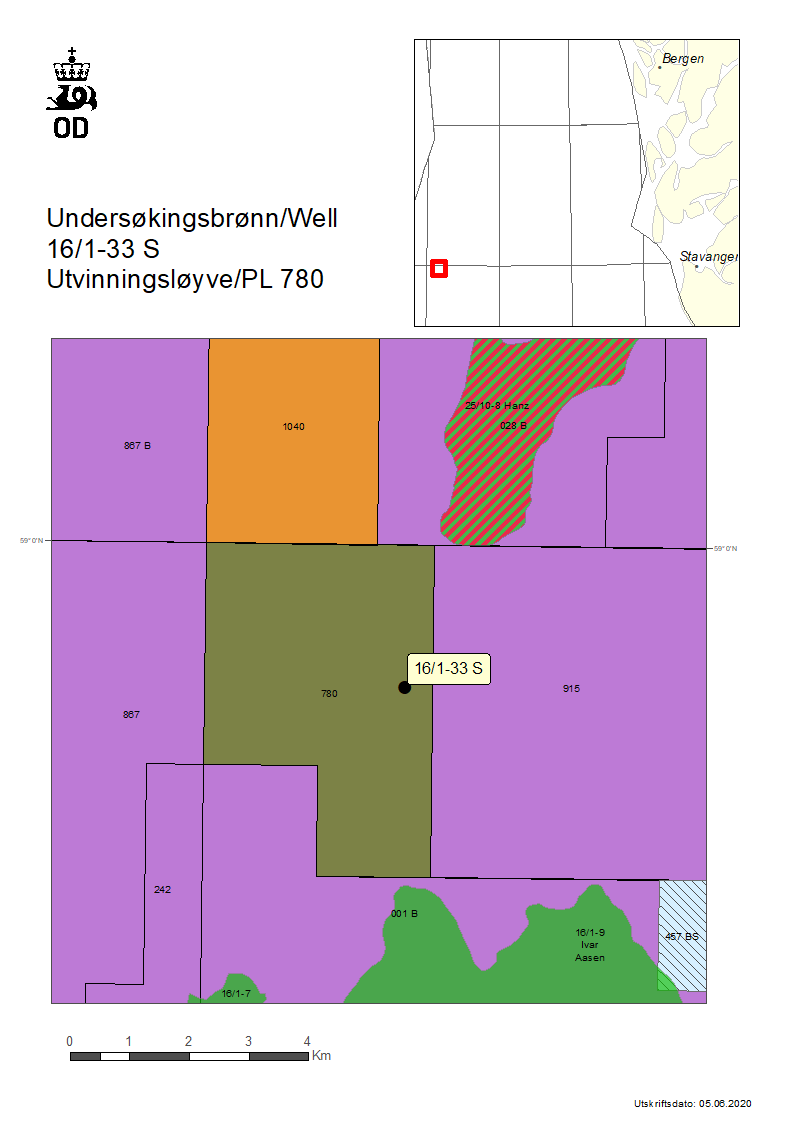