The well was drilled about 25 kilometres south of the Johan Castberg field in the Barents Sea and 220 kilometres northwest of Hammerfest.

The primary exploration target for the well was to prove petroleum in reservoir rocks in the Upper Triassic to Lower Jurassic (the Tubåen Formation).

The secondary exploration target was to collect data to improve understanding of potential reservoir rocks in the Upper Triassic (parts of the Fruholmen Formation).

In the primary exploration target, the well encountered the Tubåen Formation with a thickness of about 110 metres, of which a total of 50 metres of sandstone layers with very good reservoir properties.

About 290 metres of the Fruholmen Formation were drilled in the secondary exploration target, whereof several sandstone layers totalling 75 metres with reservoir properties varying from good to very good.

The well was not formation-tested, but data acquisition has been carried out.

This is the tenth exploration well in production licence 532. The licence was awarded in the 20th licensing round in 2009.

Well 7219/9-3 was drilled to a vertical depth of 1306 metres below sea level, and was terminated in the Fruholmen Formation in the Upper Triassic.

Water depth at the site is 326 metres. The well will now be permanently plugged and abandoned.

Well 7219/9-3 was drilled by the Transocean Enabler drilling facility, which will now drill production wells for the development of the Johan Castberg field, where Equinor Energy AS is the operator. 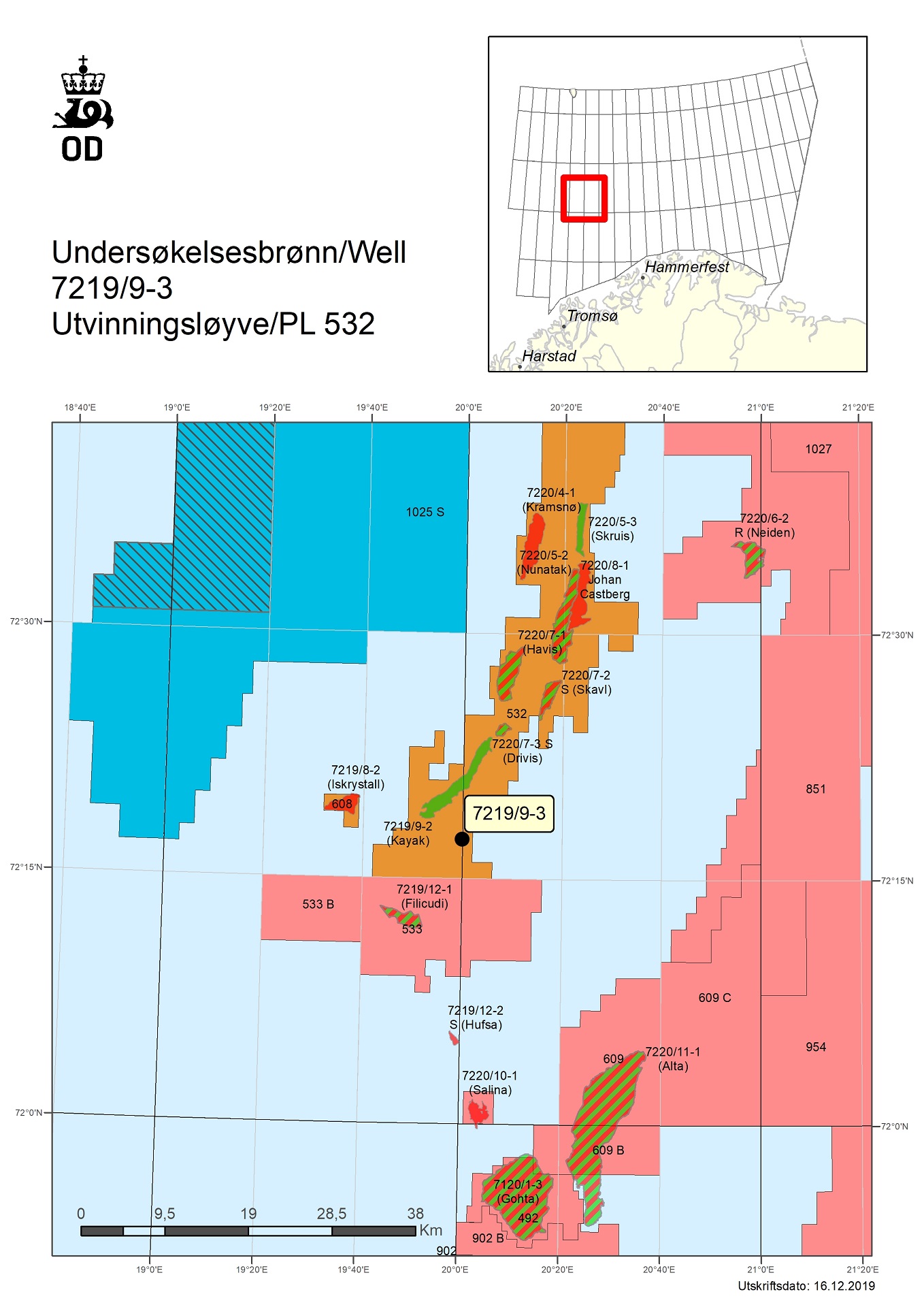