In the primary exploration target, the well encountered the Stø Formation with a thickness of about 30 metres, with water-bearing sandstone layers of 20 metres, mainly with moderate reservoir quality. The Fruholmen Formation was about 120 metres thick, with several water-bearing sandstone layers in the upper part of the formation, totalling 30 metres, mainly with moderate to poor reservoir quality.

About 80 metres of the upper part of the Snadd Formation was drilled, but the only thing encountered was a water-bearing sandstone layer, 2 metres thick and with good reservoir quality.

The secondary exploration target encountered traces of petroleum in silt/fine sands in the Lower Cretaceous (the Kolje Formation). The well is classified as dry.

This is the first exploration well in production licence 719. The licence was awarded in the 22nd licensing round in 2013.

Well 7321/8-2 S was drilled to a measured depth of 1874 metres and a vertical depth of 1777 meters below sea level, and it was terminated in the Snadd Formation in the Upper Triassic.

Water depth at the site is 466 metres. The well has been permanently plugged and abandoned.

Well 7321/8-2 S was drilled by the Leiv Eiriksson drilling facility, which will now drill wildcat well 16/1-33 S in production licence 780 in the North Sea, where Spirit Energy Norway AS is the operator. 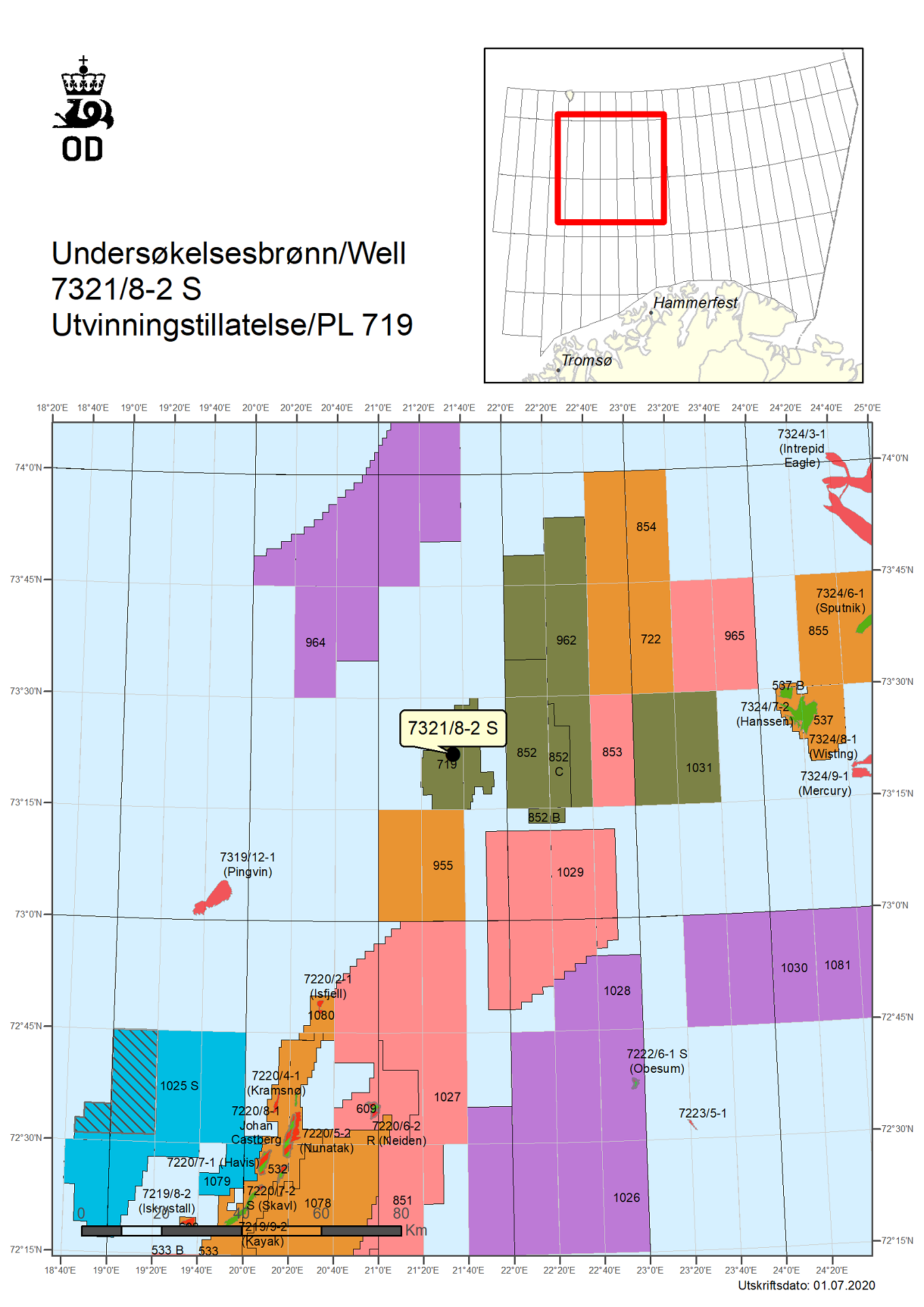