The well was drilled about 4 kilometres west of the Tordis field and about 200 km northwest of Bergen.

The objective of the well was to prove petroleum in reservoir rocks in the Upper Jurassic (the Munin segment in the Draupne Formation).

The well did not encounter reservoir rocks in the Draupne Formation.

The well is dry. Data acquisition has been carried out.

This is the 42nd exploration well in production licence 089. The licence was awarded in the 8th licensing round in 1984.

Well 34/7-37 S was drilled to a vertical depth of 2754 metres and a measured depth of 2755 metres below sea level. The well was terminated in the Heather Formation in the Upper Jurassic.

Water depth at the site is 142 metres. The well has now been plugged and abandoned.

Well 34/7-37 S was drilled by the Deep Sea Atlantic drilling facility, which will now drill the top hole in production well 34/10-O-3 H in production licence 050 in the northern North Sea, where Equinor Energy AS is the operator. 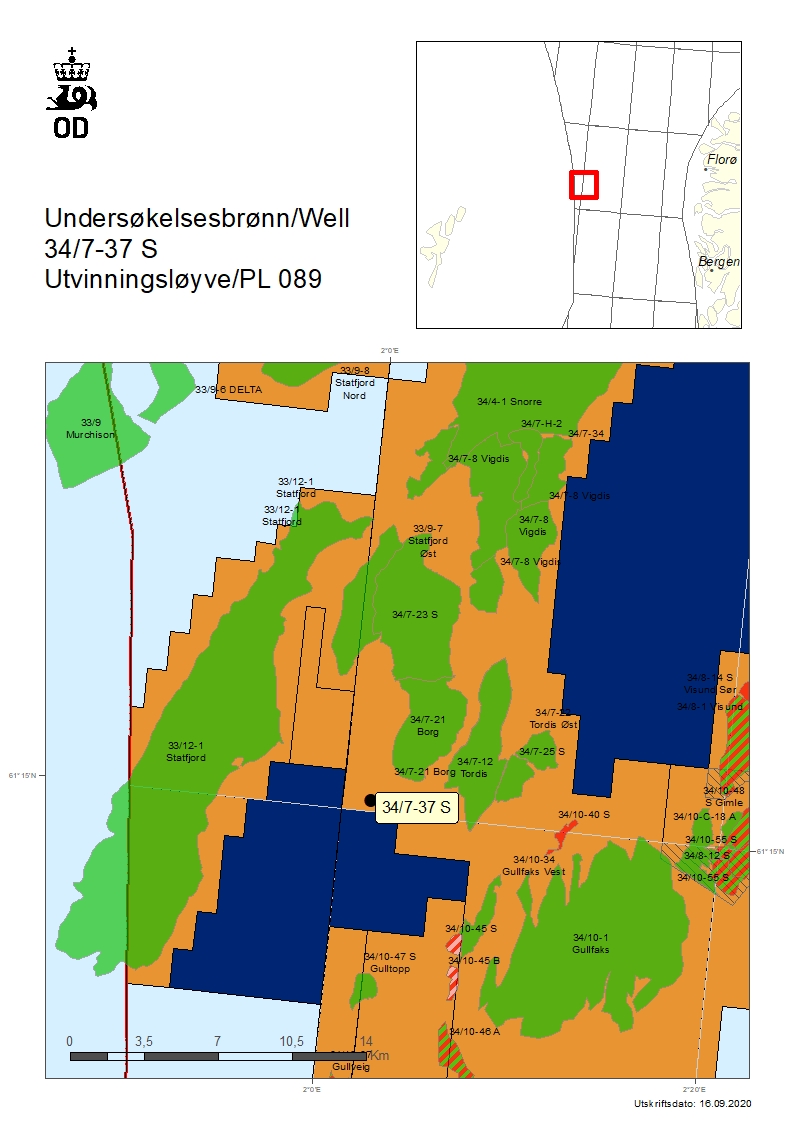