18/09/2020 Wellesley Petroleum AS, operator of production licence 829, has concluded the drilling of wildcat well 6204/11-3. The well was drilled about 75 kilometres north of the Gjøa field in the North Sea and 60 kilometres northwest of Florø.

The objective of the well was to prove petroleum in reservoir rocks in the Lower Cretaceous (the Åsgard Formation).

The well did not encounter reservoir rocks in the Åsgard Formation. About 30 metres of aquiferous sandstone was encountered in underlying Jurassic rocks with moderate to very good reservoir quality.

The well is dry. The well was not formation-tested, but data acquisition was undertaken.

This is the first exploration well in production licence 829. The licence was awarded in APA 2015.

Well 6204/11-3 was drilled to a vertical depth of 1290 metres below sea level and was terminated in basement rock.

Water depth at the site is 211 metres. The well has now been permanently plugged and abandoned.

Well 6204/11-3 was drilled by the Borgland Dolphin drilling facility, which is now headed to Kvina Shipyard in Fedafjorden. 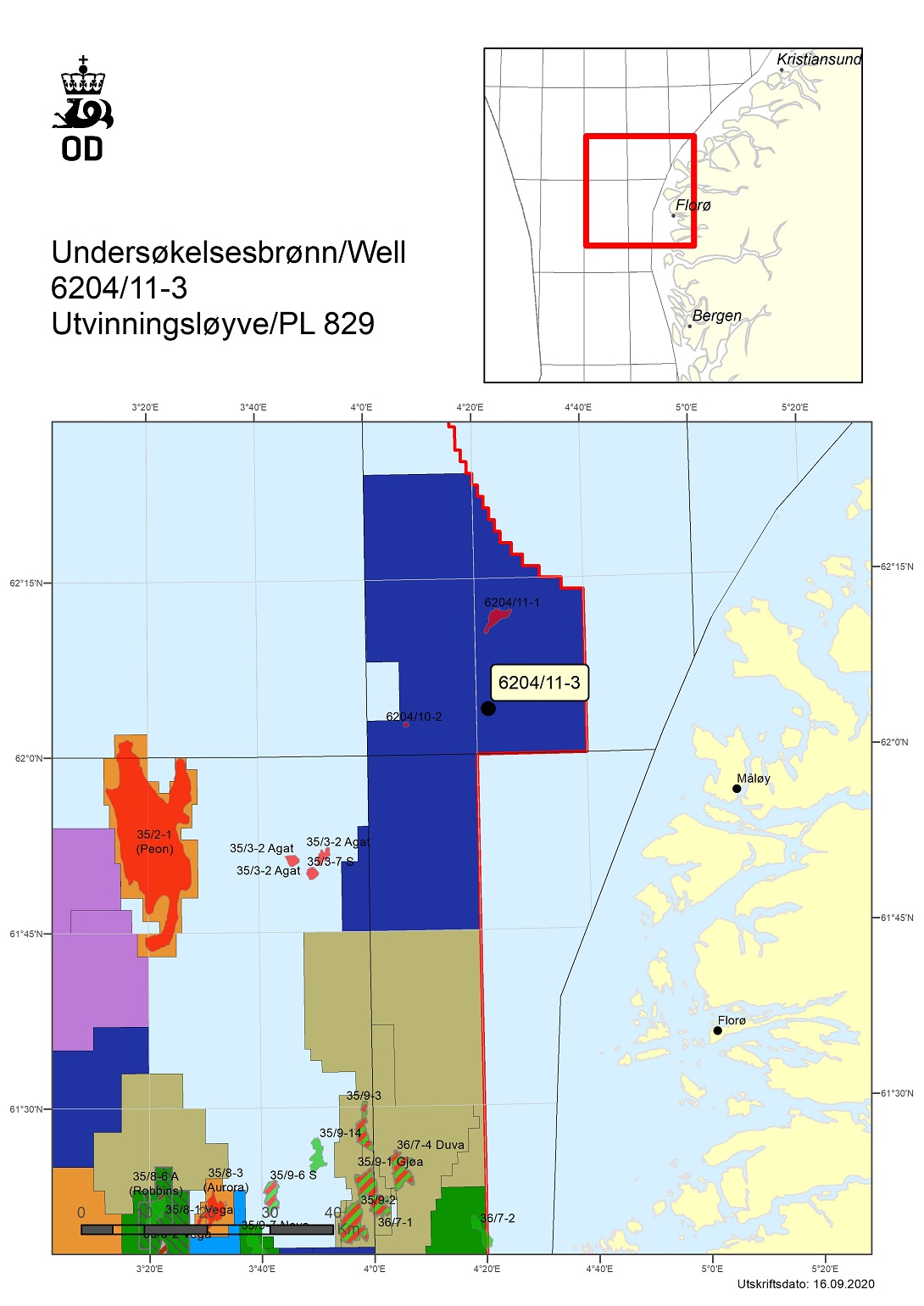