The well was drilled about 17 kilometres south of the Kvitebjørn field in the North Sea and 160 kilometres northwest of Bergen.

The objective of the well was to prove petroleum in reservoir rocks from the Middle Jurassic Age (the Brent Group).

Preliminary estimates place the size of the discovery between 3 and 10 million standard cubic metres (Sm3) of recoverable oil equivalents. The licensees will consider following up the discovery in an overall assessment of the area.

The well was not formation-tested, but extensive volumes of data have been acquired, and samples have been taken.

This is the first exploration well in production licence 878. The licence was awarded in APA2016.

Well 30/2-5 S was drilled to a vertical depth of 4359 metres below sea level and a measured depth of 4390 metres. The well was terminated in the Drake Formation from the Early Jurassic Age.

Water depth at the site is 142 metres. The well will be permanently plugged and abandoned.

Well 30/2-5 S was drilled by the West Hercules drilling facility, which will now drill wildcat wells 35/11-24 S and A in production licence 248 C in the northeastern part of the North Sea, where Equinor Energy AS is the operator. 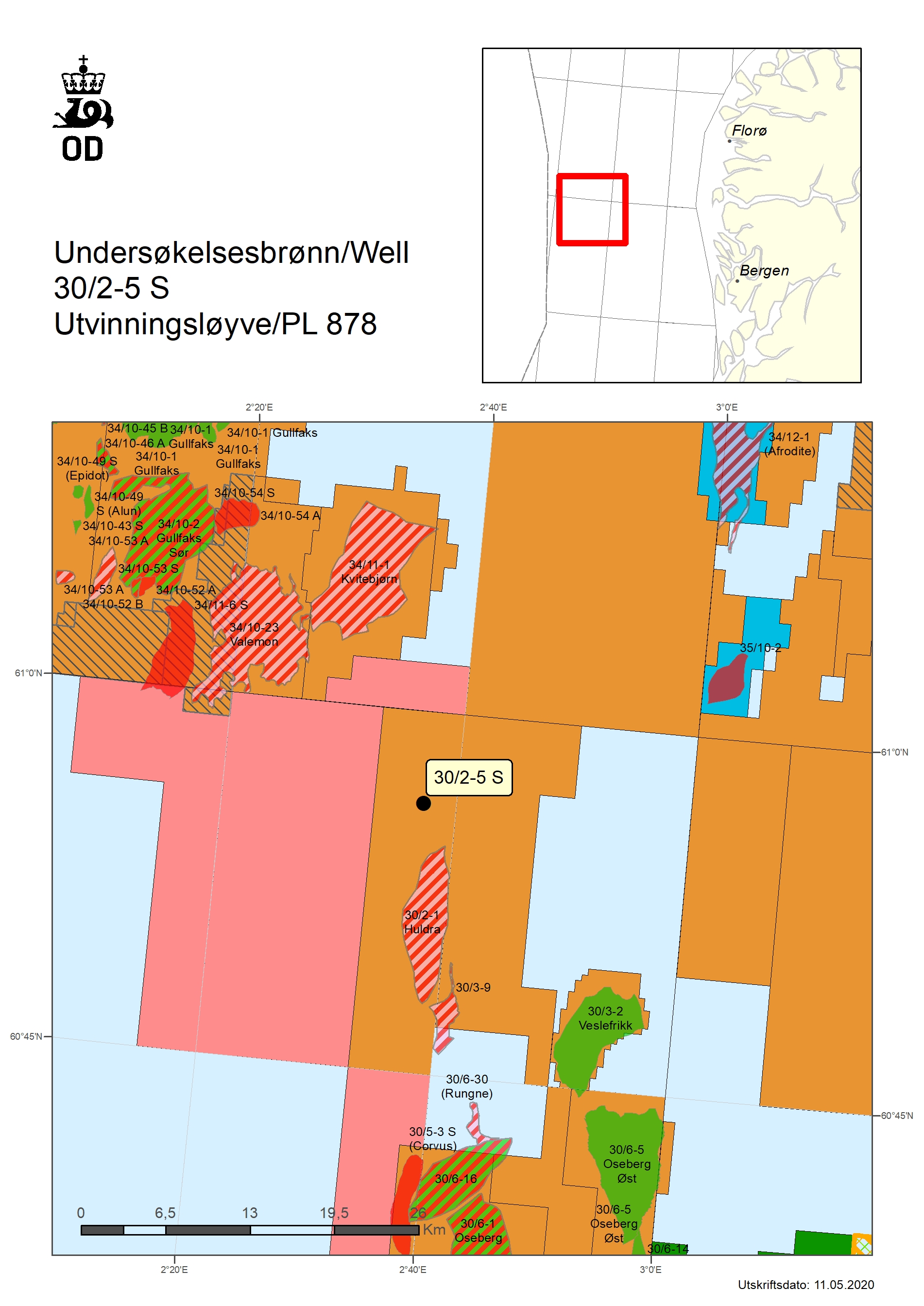