28/10/2020 Neptune Energy Norge AS, operator of production licence 586, is the process of concluding the drilling of wildcat well 6406/12-G-1 H, which is an extension of an observation well for the 6406/12-3 A (Bue) oil discovery. The well was drilled on the Fenja field about 120 kilometres north of Kristiansund.

The 6406/12-3 A (Bue) oil discovery was proven in 2014 in Upper Jurassic reservoir rocks (the Rogn Formation). Before observation well 6406/12-G-1 H was drilled on the discovery, the resource estimate was between 1 and 4 million standard cubic metres (Sm3) of recoverable oil equivalent.

The well's primary exploration target was to reduce uncertainty in the resource estimate. The secondary objective was to prove petroleum in Middle Jurassic reservoir rocks (sandstone in the lower part of the Melke Formation).

The well was not formation-tested, but extensive data acquisition was carried out.
This is the 7th exploration well in production licence 586. The licence was awarded in APA 2010.

Well 6406/12-G-1 H was drilled to measured and vertical depths of 4235 and 3695 metres below sea level, respectively, and it was terminated in the Melke Formation. Water depth at the site is 322 metres. The well will now be temporarily plugged and abandoned.

Well 6406/12-G-1 H was drilled by the West Phoenix drilling facility, which is now headed to Ølen for a stay at the shipyard. 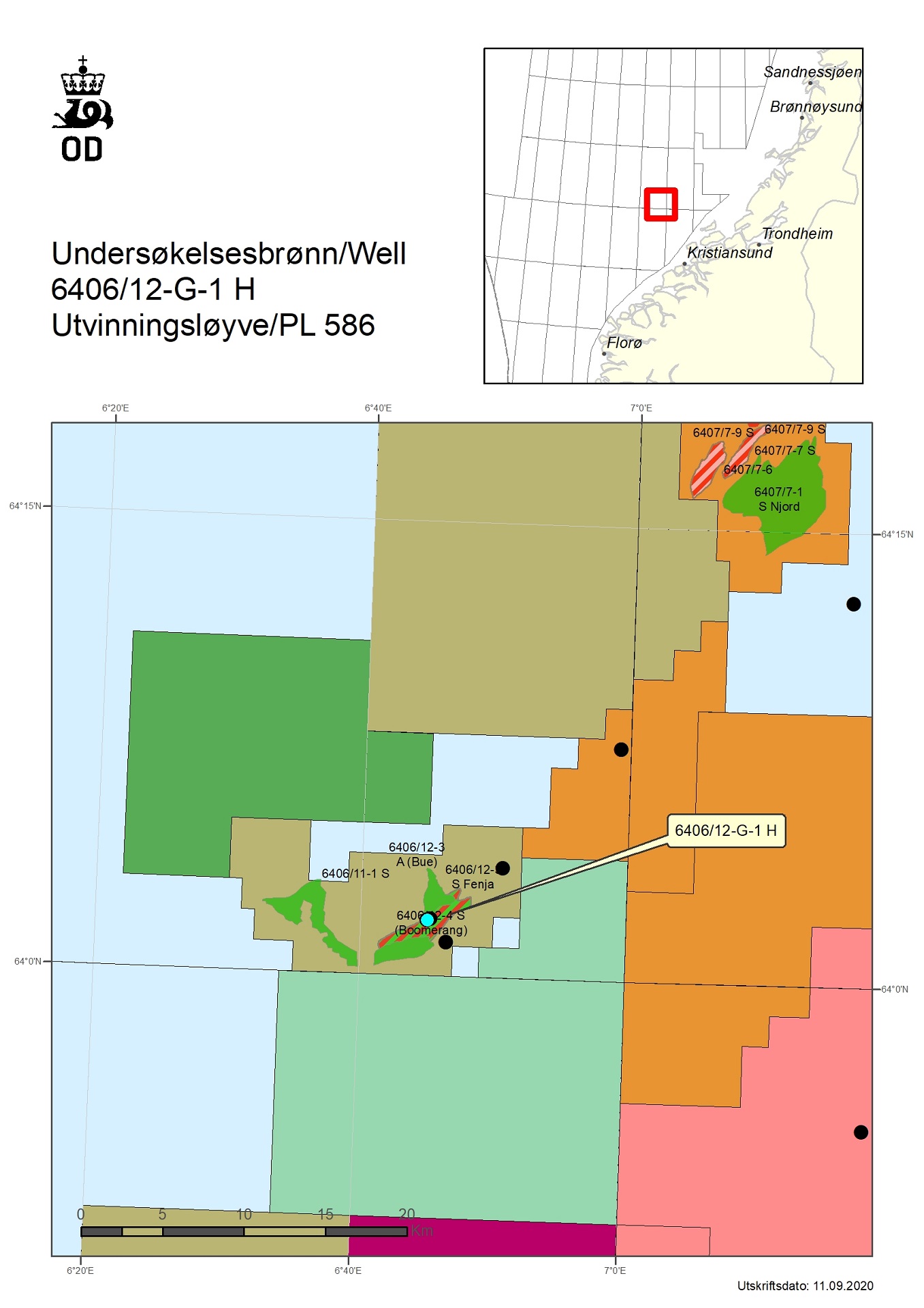