14/07/2020 Equinor Energy AS, operator of production licence 089, has completed the drilling of wildcat well 34/7-E-4 AH just northwest of the Vigdis Vest field in the northern part of the North Sea and 160 kilometres west of Florø.

The objective of the well was to prove petroleum in reservoir rocks from the Middle Jurassic Age (the Rannoch Formation).

Well 34/7-E-4 AH encountered an oil column of about 20 metres in the Rannoch Formation, 18 metres of which are sandstone of good reservoir quality. The oil/water contact was encountered at a depth of 2479 metres.

The preliminary calculation of the size of the discovery is between 0.9 and 1.5 million standard cubic metres (Sm3) of recoverable oil. So far, the discovery is presumed to be commercial and will be considered for tie-in to the Vigdis field.

The well was not formation-tested, but data acquisition and sampling were carried out.

Well 34/7-E-4 AH was drilled as a shallow sidetrack from existing development well 34/7-E-4 H on the Vigdis field, to a vertical depth of 2517 metres below sea level and a measured depth of 4459 metres. The well was terminated in the Rannoch Formation from the Middle Jurassic Age.
Water depth at the site is 283 metres. The reservoir section will be temporarily plugged back.

The well was drilled by the Transocean Norge drilling facility, which is now scheduled to drill a development well on the Visund Sør field in the northern part of the North Sea, where Equinor Energy AS is the operator. 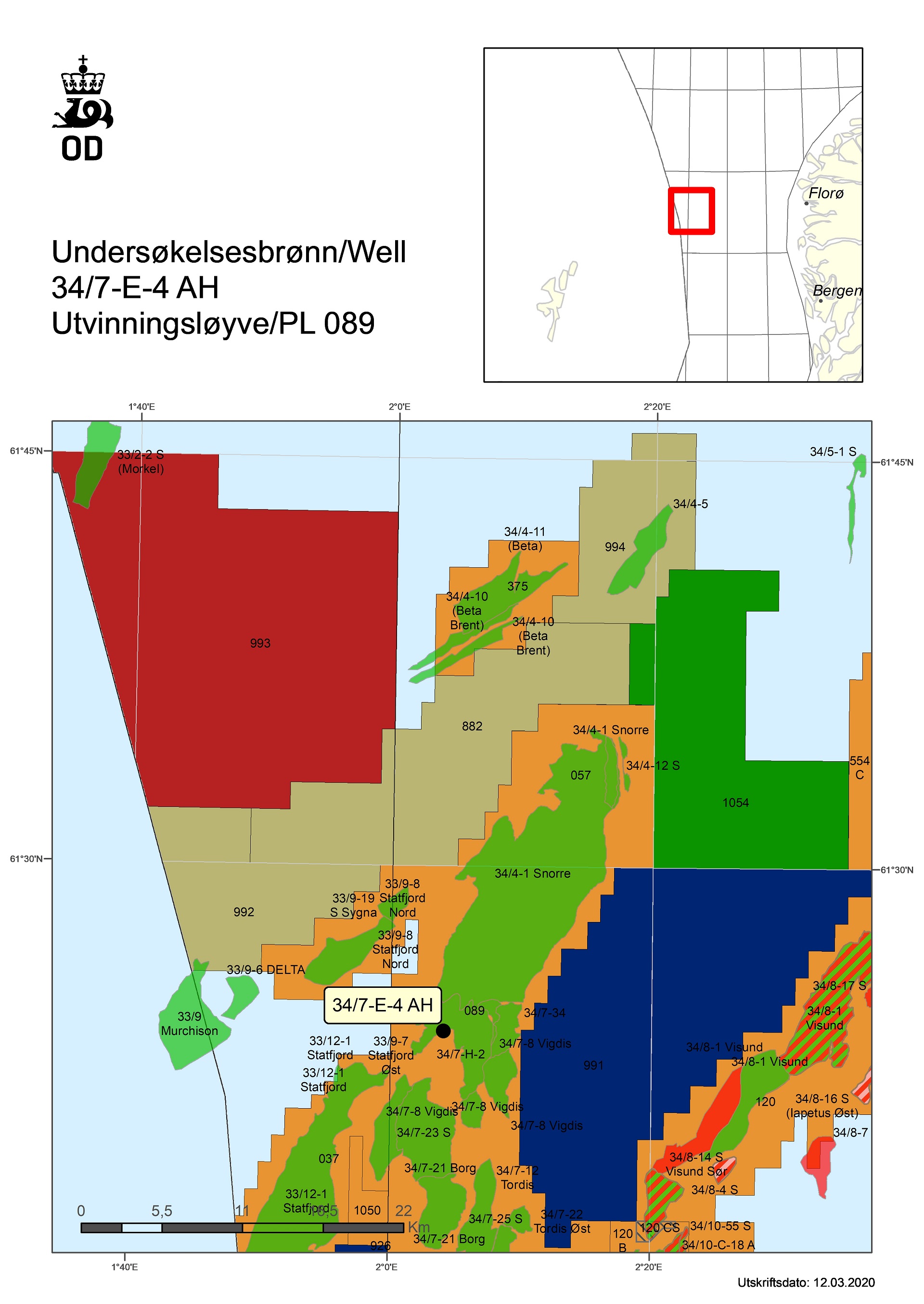