The primary and secondary exploration targets for wildcat well 15/3-12 S were to prove petroleum in Middle and Upper Jurassic reservoir rocks (the Hugin and Draupne Formations), respectively.

The exploration target for wildcat well 15/3-12 A was to prove petroleum in Upper and Middle Jurassic reservoir rocks (the Draupne and Hugin Formations), respectively. The well encountered the Draupne and Hugin Formations with respective thicknesses of about 85 and 120 metres. Both formations are water-bearing. There are indications of oil in a thin, three-metre sandstone layer in the Sleipner Formation in the Middle Jurassic.

Preliminary estimates place the size of the oil discovery between 1.0 and 2.7 million standard cubic metres (Sm3) of recoverable oil. Development of the discovery as a tie-in to the Gudrun field will be considered.

No formation tests were performed, but extensive volumes of data have been collected and samples have been taken.

These are the 10th and 11th exploration wells in production licence 025. The licence was awarded in licensing round 2-A in 1969.

The wells were drilled by the West Phoenix drilling facility, which will now drill wildcat well 6507/8-10 S in production licence 889 in the Norwegian Sea, where Neptune Energy Norge AS is the operator. 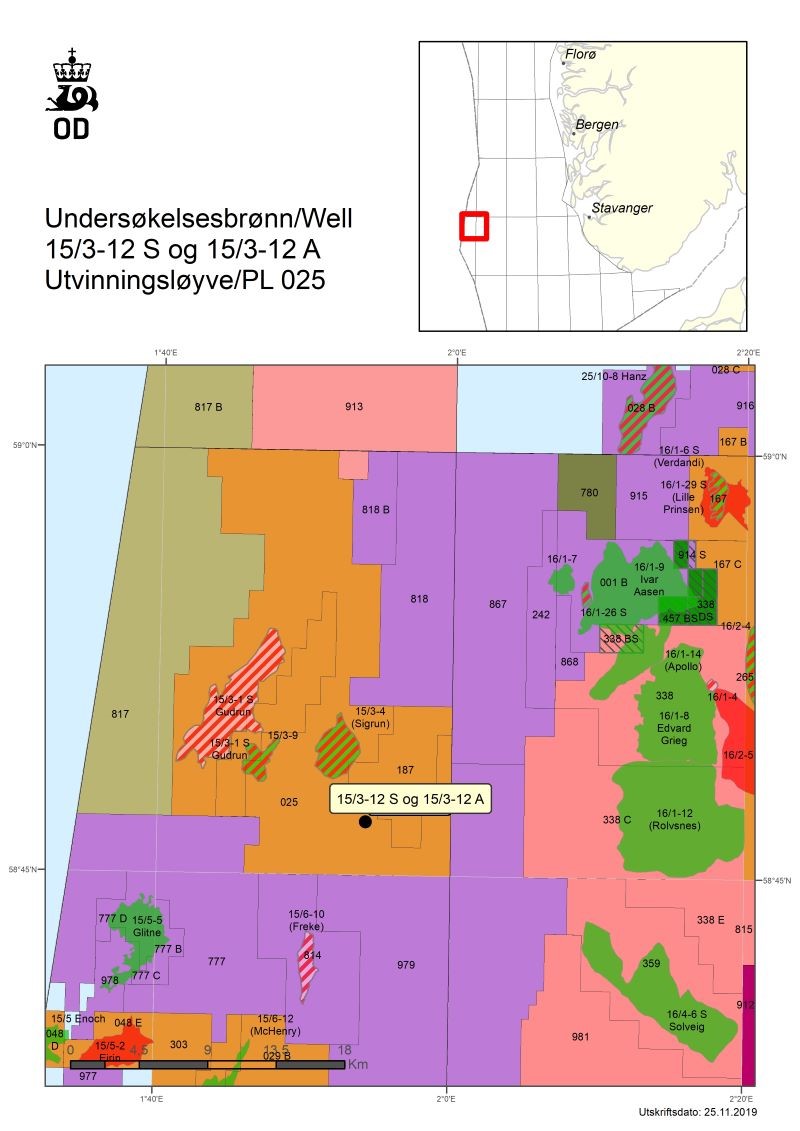