The well was drilled about 23 kilometres north of the Heidrun field in the Norwegian Sea and 220 kilometres west of Brønnøysund.

The objective of the well was to prove petroleum in reservoir rocks from the Early Jurassic Age (Åre Formation) and Triassic Age ("Grey Beds").

Well 6507/5-10 S encountered a total oil column of 270 metres in the Åre Formation and "Grey Beds", a total of 90 metres of which are sandstone layers with generally very good reservoir properties.

This is the first exploration well in production licence 891. The licence was awarded in APA 2016.

Well 6507/5-10 S was drilled to respective vertical and measured depths of 2179 and 2214 meters below the sea surface, and was terminated in the "Red Beds" from the Triassic Age.

Water depth at the site is 355 metres. The well will now be permanently plugged and abandoned.

Well 6507/5-10 S was drilled by the Leiv Eiriksson drilling facility. The rig is now headed for the shipyard in Bergen to await new assignments. 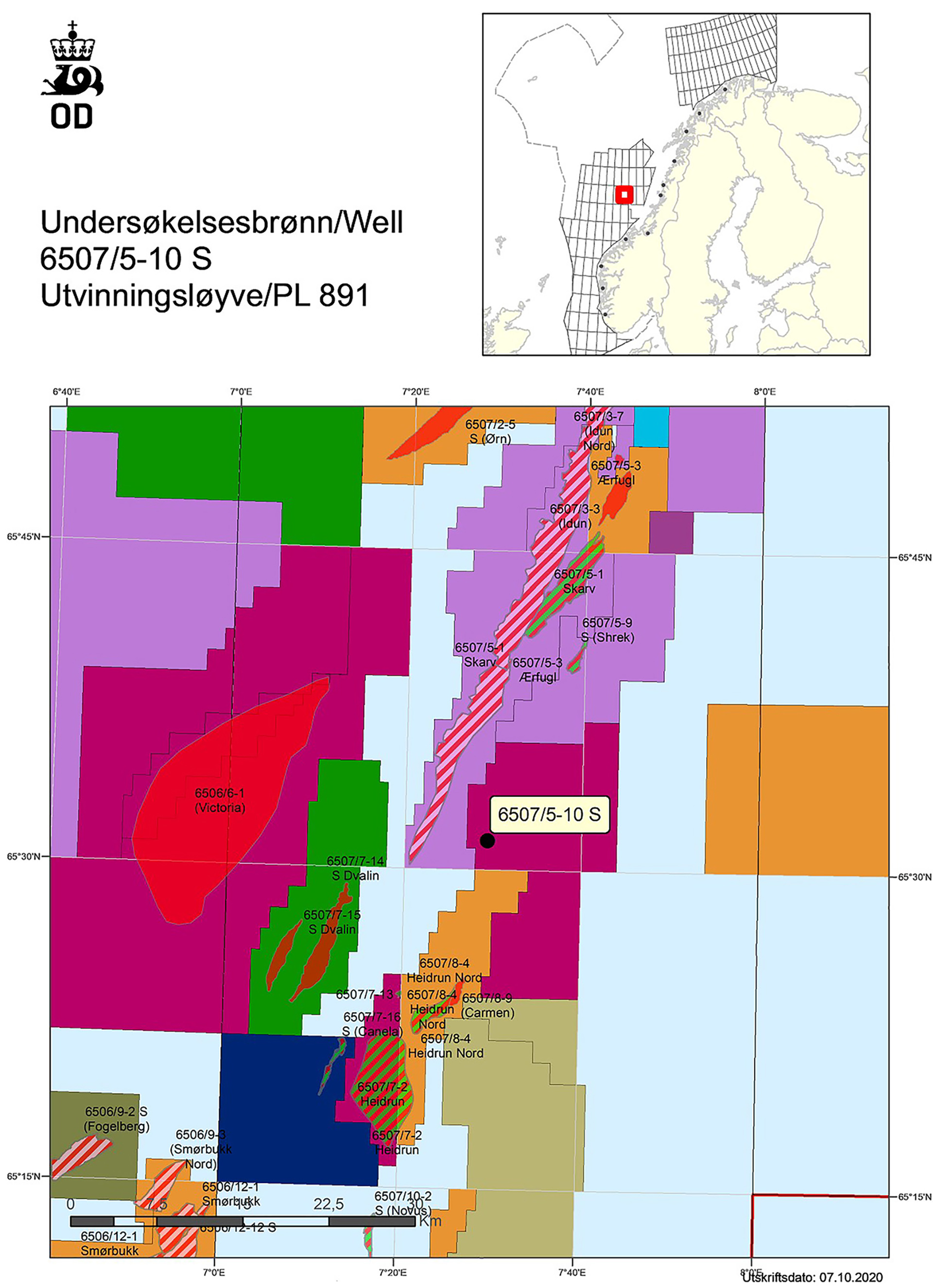 20/04/2022 The authorities have granted Aker BP consent to start up the Hod B facility in the North Sea.
Drilling permit for well 2/8-19

11/04/2022 On 8 April 2022, the Ministry of Petroleum and Energy announced an area for CO2 storage pursuant to the CO2 Storage Regulations. This area comprises defined blocks in the North Sea.
New oil and gas discovery near the Troll and Fram field

11/04/2022 Equinor Energy AS, operator of production licence 293 B, has concluded the drilling of wildcat well 35/10-8 S. The well was drilled about 15 kilometres west of the Fram field in the North Sea and 140 kilometres northwest of Bergen.
Contact
Eldbjørg Vaage Melberg