The wells were drilled about seven kilometres west of the Fram field and 130 kilometres northwest of Bergen.

The objective of the wells was to prove petroleum in Upper Jurassic reservoir rocks (Intra Heather Formation sandstones).

Well 35/11-24 A encountered a total gas column of 25 metres in the Heather Formation, a total of 6 metres of which in sandstone layers with moderate reservoir quality.

Well 35/11-24 B encountered an oil column of 3 metres in Intra Heather Formation sandstone layers with good reservoir quality. No gas/oil/water contacts were encountered.

The wells were not formation tested, but extensive data acquisition and sampling have been carried out. Preliminary estimates indicate that the size of the discovery is between 2 and 6 million standard cubic metres (Sm3) of recoverable oil equivalent.

The licensees will assess the discovery with regard to phase-in to existing infrastructure in the surrounding area.

These are the third, fourth and fifth wells in production licence 248 C (link to the NPD’s factpages). The licence was awarded in the 1999 North Sea Awards (NST99).

Wildcat well 35/11-24 S was drilled to respective vertical and measured depths of 3082 and 3200 metres below the sea surface.

Appraisal well 35/11-24 A was drilled to respective vertical and measured depths of 3213 and 3549 metres below the sea surface.

Appraisal well 35/11-24 B was drilled to respective vertical and measured depths of 3088 and 3480 metres below the sea surface.

All of the wells were terminated in the Heather Formation in the Upper Jurassic.

Water depth at the site is 356 metres. The wells have been permanently plugged and abandoned.

The wells were drilled by the West Hercules drilling facility, which will now drill wildcat well 6407/1-8 S in production licence 263 D in the Norwegian Sea, where Equinor Energy AS is the operator. 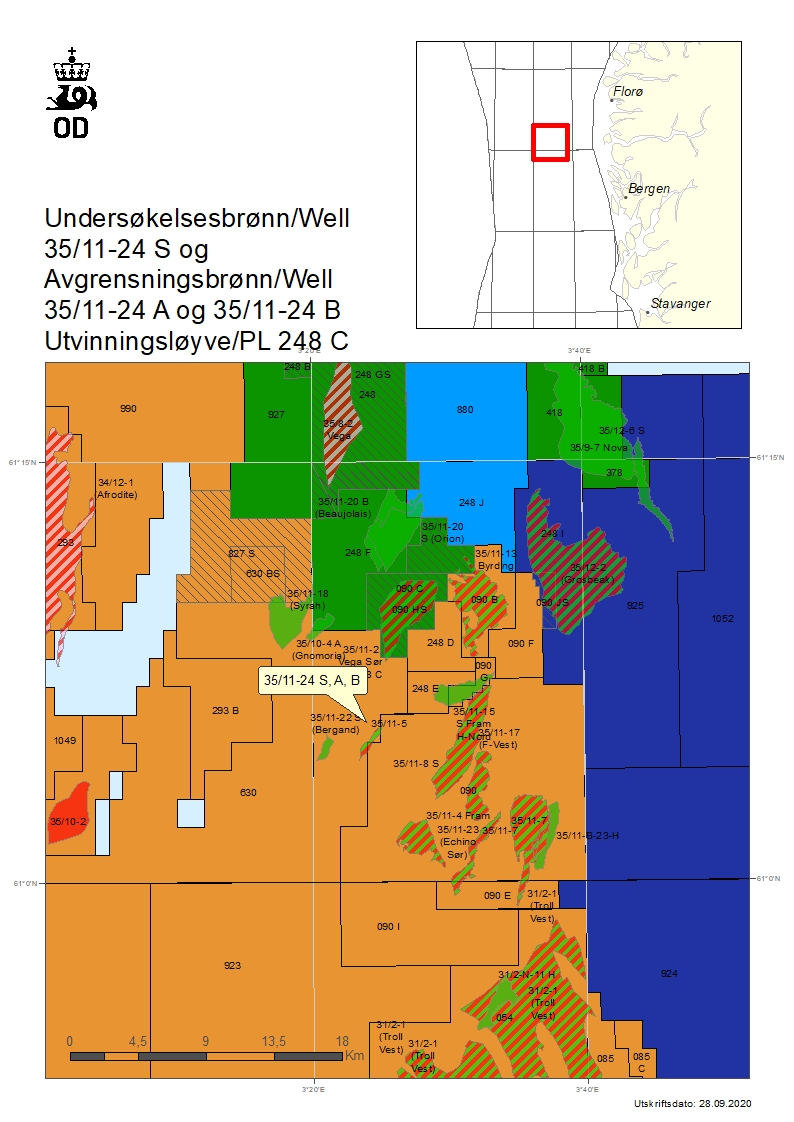