The well was drilled about 10 kilometres northwest of the Snorre field in the North Sea and 160 kilometres west of Florø.

Before well 34/4-16 S was drilled, the operator's resource estimate for the discovery (Dugong including Sjøpølse) was between 6.6 and 19 million standard cubic metres (Sm3) of recoverable oil equivalents.

The objective of the well was to delineate the discovery in the Rannoch Formation and prove the oil/water contact.

The well encountered a 25-metre oil column in the Rannoch Formation, 22 meters of which consists of sandstone of primarily moderate reservoir quality. The oil/water contact was encountered at a vertical depth of 3443 meters below sea level.

Preliminary calculations put the size of the discovery (Dugong and Sjøpølse) between 6.4 and 17.2 million Sm3 of recoverable oil equivalents. So far, the development solution for the discovery is under assessment.

This is the third exploration well in production licence 882. The licence was awarded in APA 2016.

Appraisal well 34/4-16 S was drilled to respective vertical and measured depths of 3556 and 3603 metres below sea level, and was terminated in the Drake Formation from the Early Jurassic Age.

The water depth is 330 metres. The well has been temporarily plugged and is scheduled for formation testing later in 2021.

The well was drilled by the Deepsea Yantai drilling facility, which is now moving on to drill development wells in production licence 636 on the Duva field in the North Sea, where Neptune Energy Norge AS is the operator. 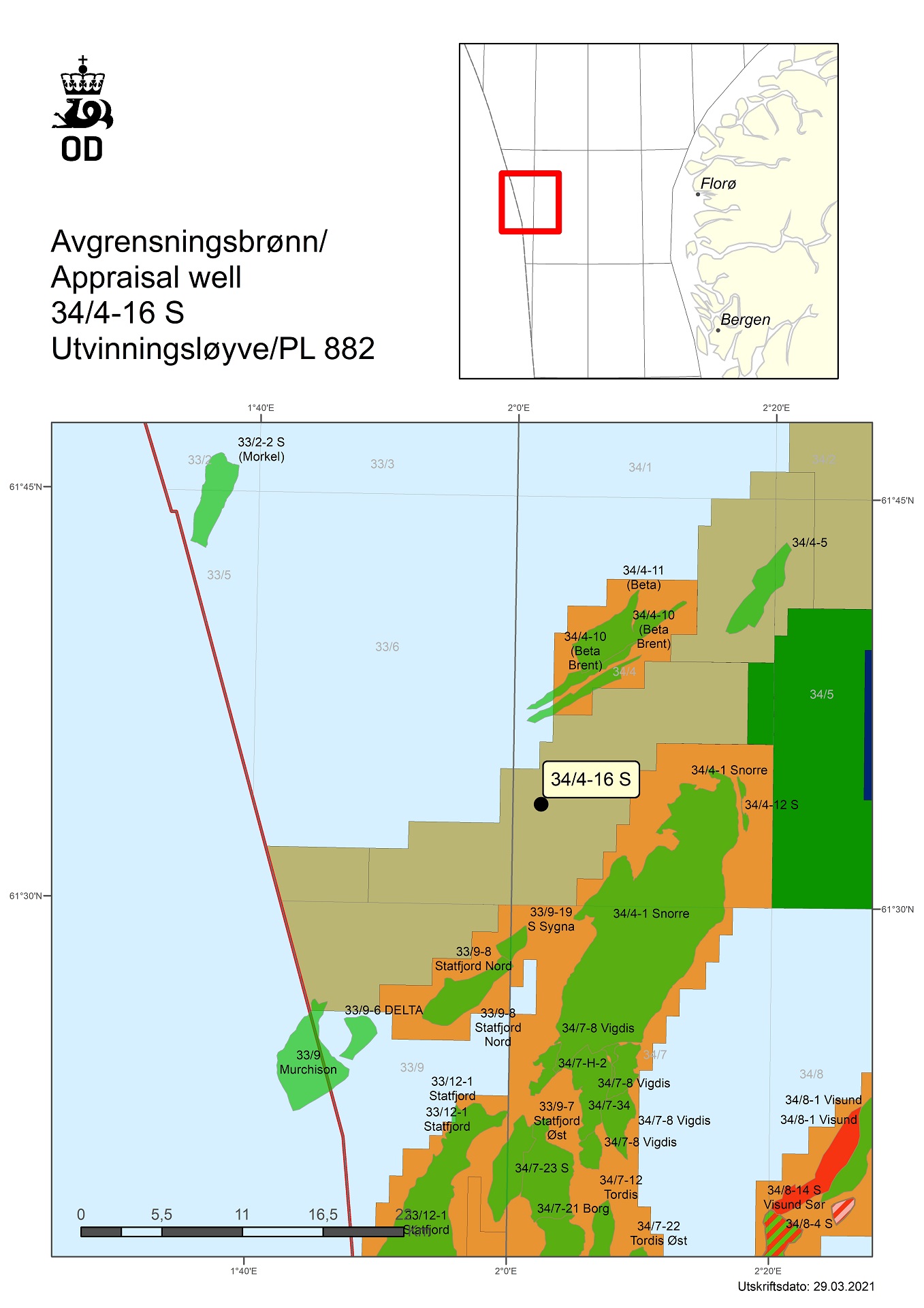