The wells were drilled about 15 kilometres north of the Edvard Grieg field in the North Sea and 200 kilometres west of Stavanger.

Discovery 16/1-29 S (Lille Prinsen) was proven in 2018 in reservoir rocks from the Eocene (the Grid Formation), the Palaeocene (the Heimdal Formation) and the Permian (the Zechstein Group). Resources were also proven in Jurassic/Cretaceous reservoirs through appraisal/delineation drilling of 16/1-30 S and A in 2019, which are included in the resource estimate for the discovery.

Before 16/1-34 S and A were drilled, the operator’s resource estimate for 16/1-29 S (Lille Prinsen) was between 1.4 and 5.7 million standard cubic metres (Sm3) of recoverable oil equivalent for the reservoirs from the Jurassic/Cretaceous and Permian Ages.

Well 16/1-34 S encountered an oil column of about 7 metres in the Heimdal Formation, with a 50-metre thick sandstone layer with good reservoir quality. The oil/water contact was encountered at 1820 metres below sea level. Liquid samples show good oil quality. No permeable sandstone layers were encountered in the secondary exploration target in the Jurassic.

Preliminary estimates place the size of the discovery between 0.3 and 1.6 million standard cubic metres (Sm3) of recoverable oil.

The objective of appraisal well 16/1-34 A was to confirm the presence, quality and flow properties in dolomitic rocks from the Permian Age in the 16/1-29 S (Lille Prinsen) oil and gas discovery. The secondary exploration target was to investigate the presence and quality of sandstone from the Palaeocene Age (the Heimdal Formation).

The preliminary estimate of the size of discovery 16/1-29 S (Lille Prinsen), in rocks from the Permian and the Jurassic/Cretaceous Age as well as basement rock, is between 1.6 and 8 million standard cubic metres (Sm3) of recoverable oil.

In the secondary exploration target, 16/1-34 A proved 18 metres of water-filled sandstone in the Heimdal Formation, with poor reservoir quality.

The licensees are considering a subsea development to the Ivar Aasen or Edvard Grieg host platforms.

Well 16/1-34 S was not formation-tested, but systematic data acquisition and sampling have been carried out.

A successful formation test has been conducted in the dolomites in the Zechstein Group in well 16/1-34 A. The maximum production rate was 570 standard cubic metres (Sm3) oil per flow day through a 42/64-inch nozzle opening.

These are the ninth and tenth exploration wells in production licence 167. The licence was awarded in the 13th licensing round in 1991.

Water depth at the site is 112 metres. The wells have been plugged and abandoned.

The wells were drilled by the Deepsea Stavanger drilling facility, which will now drill wildcat well 16/4-12 in production licence 981 in the North Sea, where Lundin Energy Norway is the operator. 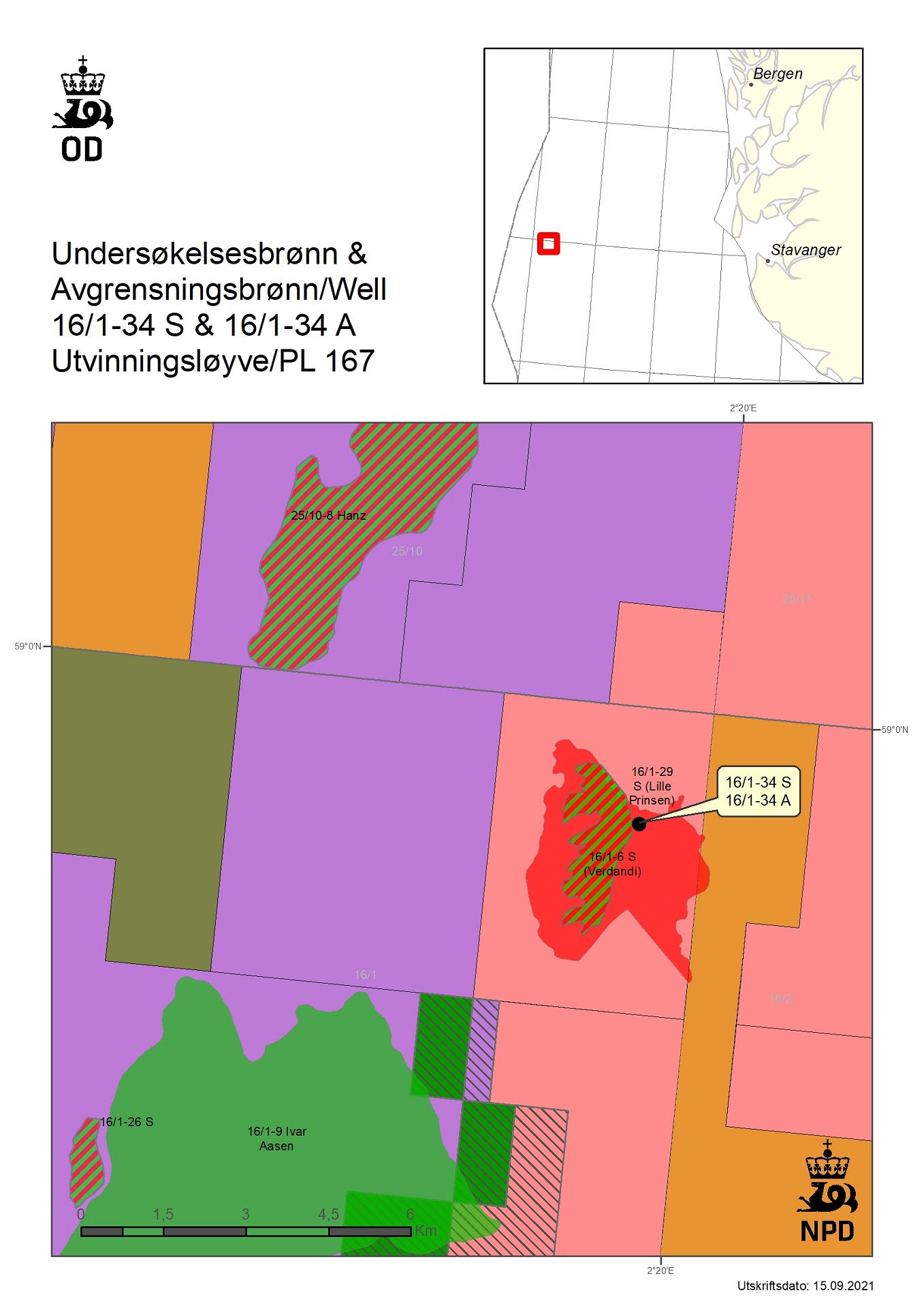