The well was drilled about 15 kilometres southwest of the Norne field in the northern part of the Norwegian Sea, and 200 kilometres west of Sandnessjøen.

The objective of well 6507/3-14 was to delineate the discovery in the Lange Formation, and further to evaluate the reservoir’s properties.

Before well 6507/3-14 was drilled, the resource estimate for the discovery in the Lange Formation was between 0.4 and 4.4 million standard cubic metres (Sm3) of recoverable oil equivalents.

The well encountered the Lange Formation, about 45 metres thick, of which a total of 24 metres was sandstone layers with moderate reservoir properties.

Weak traces of petroleum were encountered. The well is classified as dry.

It is too early to provide an updated resource estimate for the discovery, but the appraisal well is expected to yield a reduced estimate.

Formation tests were not conducted, but data acquisition has been carried out.

This is the fifth exploration well in production licence 159 B. The licence was carved out from PL 159 in 2004.

Well 6507/3-14 was drilled to a vertical depth of 3384 metres below sea level, and was terminated in the Lyr Formation from the Early Cretaceous.

Water depth at the site is 368 metres. The well will be permanently plugged and abandoned.

Well 6507/3-14 was drilled by the West Hercules drilling facility, which will now drill wildcat well 6407/1-9 in production licence 939 in the Norwegian Sea, where Equinor Energy AS is the operator. 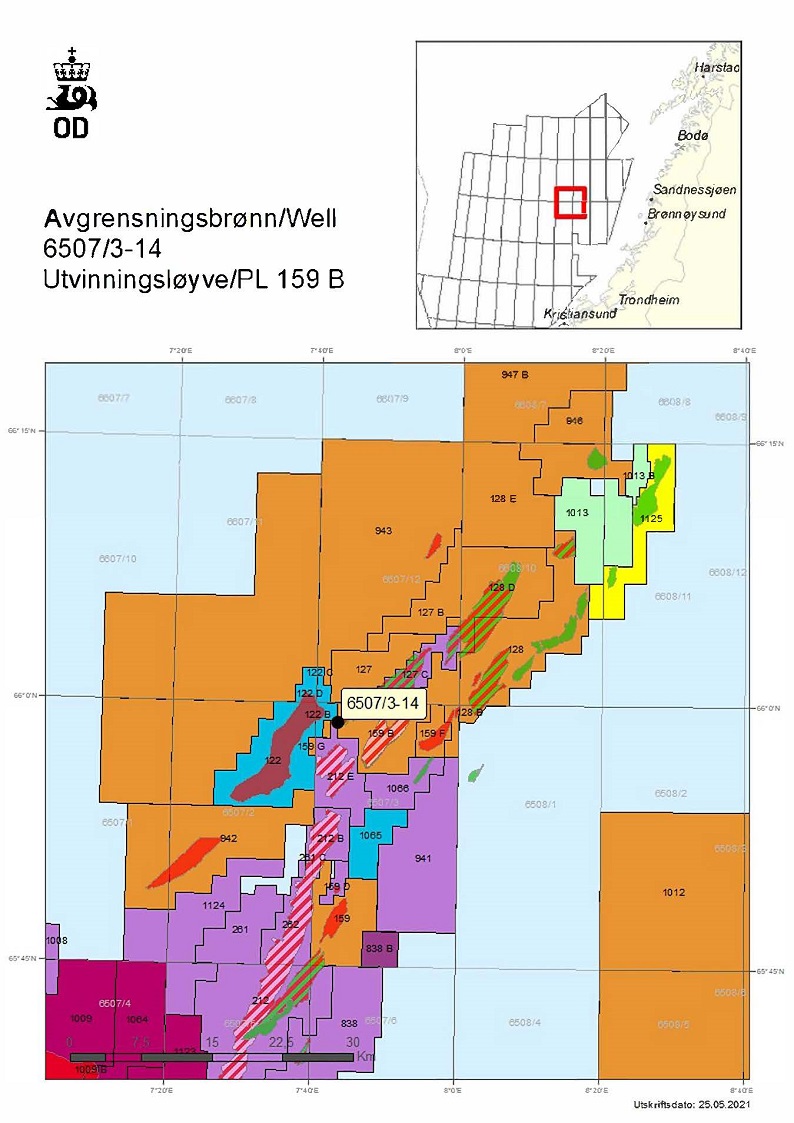