The well was drilled on the west side of the Mandal High, about 9 kilometres north of the Norwegian-Danish border and 280 kilometres southwest of Stavanger.

The objective of the well was to prove petroleum in Upper Jurassic reservoir rocks (the Mandal Formation).

The well encountered a sandstone layer with clay stone elements, about 250 metres thick, in the Mandal Formation. Approximately 140 metres of this was reservoir rocks with poor to moderate reservoir properties.

Traces of petroleum were registered in the upper part of the reservoir. The well is classified as dry.

This is the first exploration well in production licence 617. The licence was awarded in APA 2011.

Well 2/9-6 S was drilled to respective vertical and measured depths of 4,250 and 4,274 metres below sea level, and the well was terminated in the Farsund Formation in the Upper Jurassic.

Water depth at the site is 70 metres. The well will now be permanently plugged and abandoned.

Well 2/9-6 S was drilled by the Maersk Integrator drilling facility, which will now drill production wells on the Tambar field in production licence 065 in the southern North Sea, where Aker BP ASA is the operator. 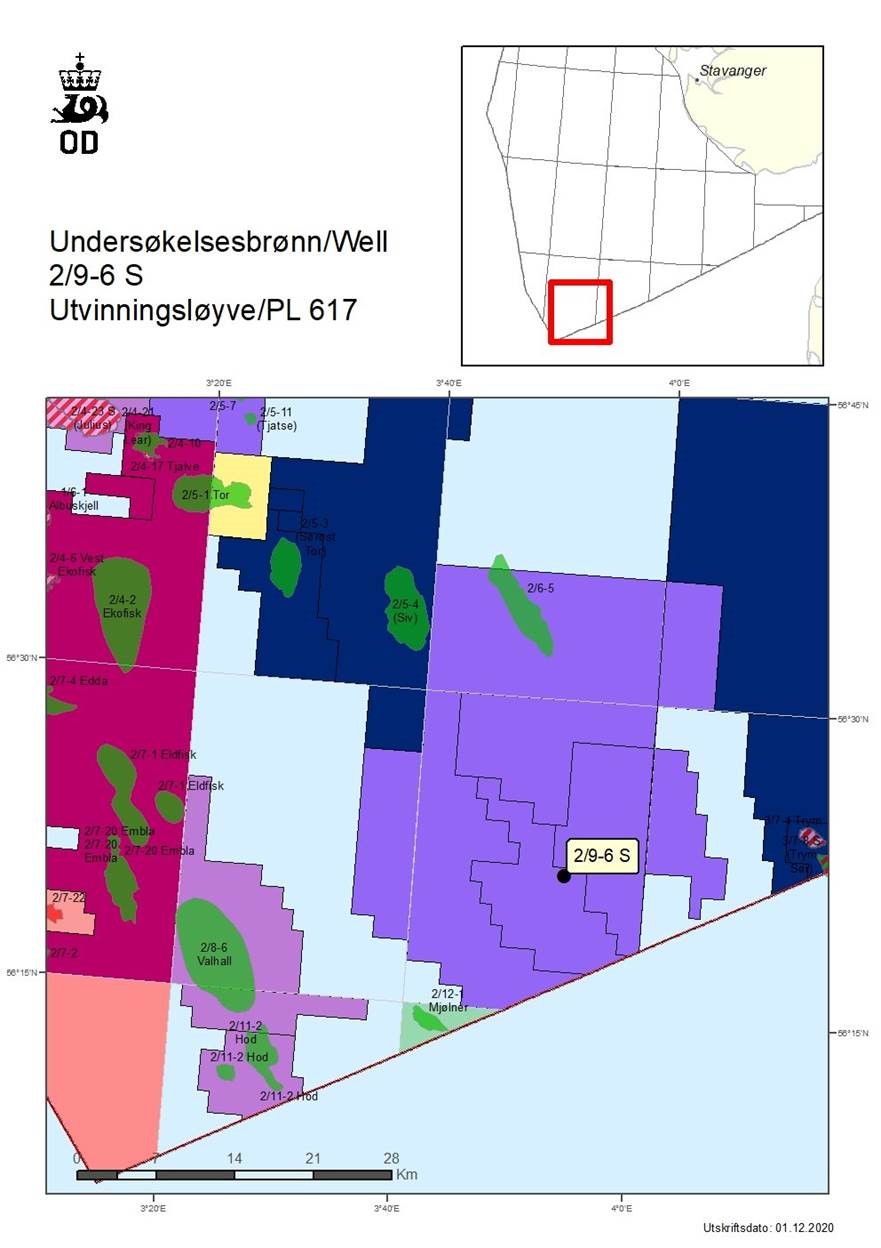