The well was drilled about 10 kilometres northwest of the Snorre field in the northern part of the North Sea and 160 kilometres west of Florø.

The well encountered around 90 metres of the Rannoch Formation with sandstone of moderate to good reservoir quality.

In the Upper Jurassic, the well encountered around 30 metres of the Draupne Formation, with 5 metres of intra-Draupne sandstone of poor to moderate reservoir quality.

Well 33/6-5 S was terminated at a shallower level than the planned secondary exploration target in the Statfjord Group.

This is the 4th exploration well in production licence 882. The licence was awarded in APA 2016.

Well 33/6-5 S was drilled to a vertical depth of 3428 metres and a measured depth of 3488 metres below sea level, and was terminated in the Drake Formation in the Lower Jurassic.

Water depth at the site is 315 metres. The well has been permanently plugged and abandoned.

Well 33/6-5 S was drilled by the Deepsea Yantai drilling facility, which will now drill development wells in production licence 586 in the Norwegian Sea, where Neptune Energy Norge AS is the operator. 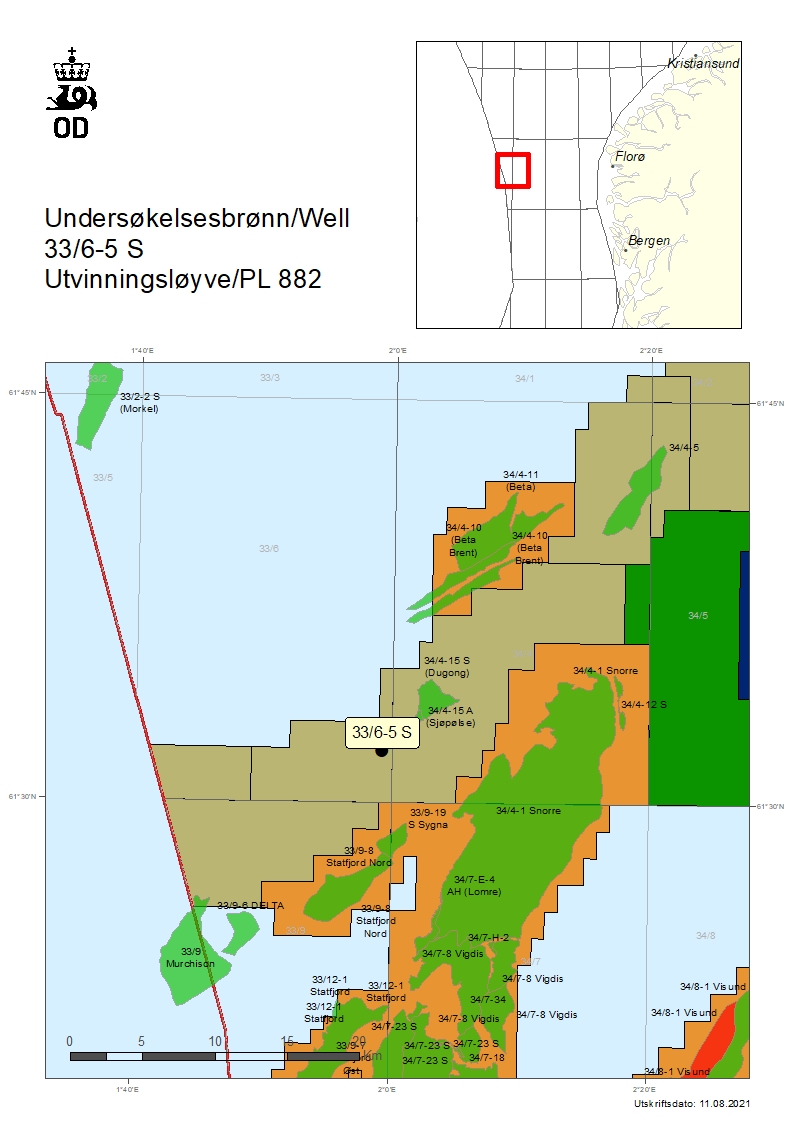 06/12/2021 Upgrades will be made on the FactPages and FactMaps on Wednesday 8 December, and the pages with associated services may therefore have downtime from 15 to 24.
The Shelf in 2021: Past, present and future on the Norwegian shelf

03/11/2021 The Norwegian Petroleum Directorate's Eva Halland is giving to CCS presentations this week during CoP26, the UN climate conference in Glasgow.
Contact