The primary exploration target for the well was to prove petroleum in the Johansen Formation from the Early Jurassic and the Statfjord Group from the Late Triassic to Early Jurassic.

The secondary exploration target for the well was to prove petroleum and investigate the reservoir properties in the Sognefjord Formation, the Fensfjord Formation and the Brent Group (Late to Middle Jurassic) and to investigate the source rock potential in this part of the Stord Basin. Another objective of the well was to evaluate reservoir properties with regard to storing CO2.

The well is dry. Data acquisition has been performed.

This is the first exploration well in production licence 785 S. The licence was awarded in APA2014.

Well 31/11-1 S was drilled to respective measured and vertical depths of 3254 and 3135 metres below sea level and was terminated in the lower part of the Statfjord Group from the Early Jurassic to Late Triassic.

Water depth at the site is 289 metres. The well has been permanently plugged and abandoned.

Well 31/11-1 S was drilled by the Deepsea Atlantic drilling facility, which will now drill production well 34/7-J4 AH on the Tordis field in production licence 089 in the North Sea, where Equinor Energy AS is the operator. 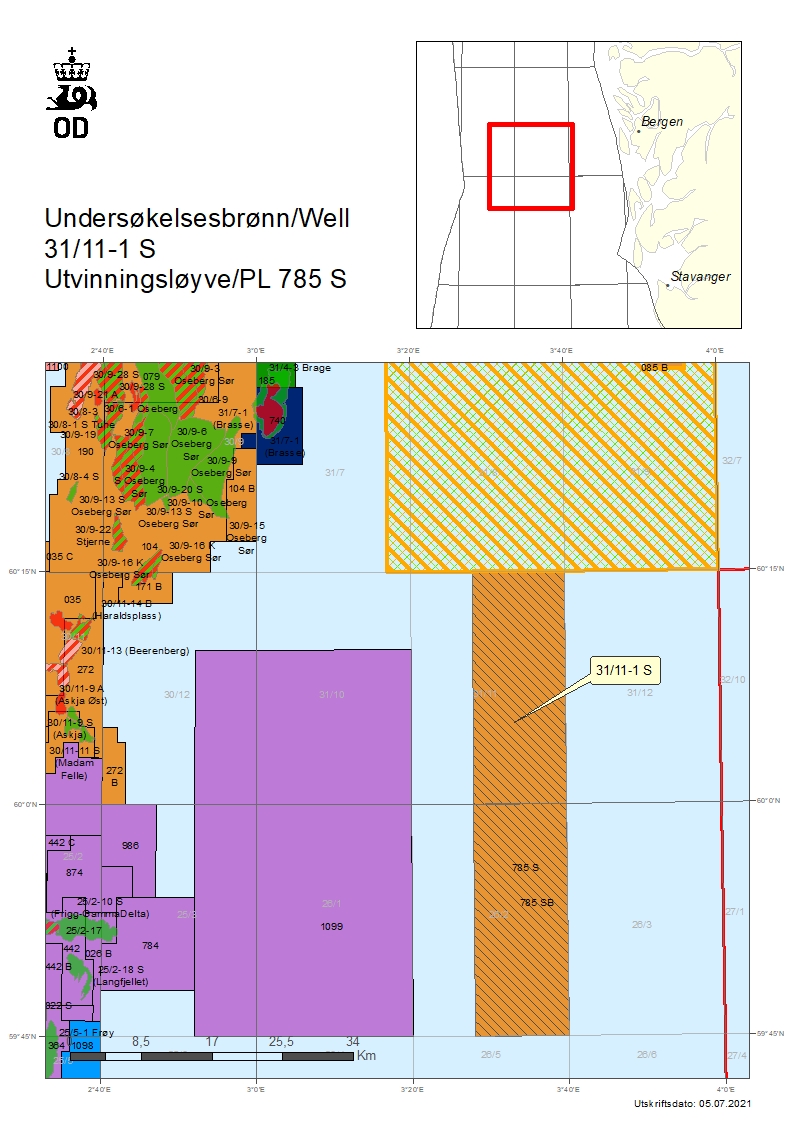