The exploration target for the well was to prove petroleum in reservoir rocks in the lower part of the Torsk Formation from the Early to Middle Palaeocene Age.

The well encountered a sandstone layer approx. 90 metres thick, mainly with poor reservoir quality. There are traces of petroleum. The well is classified as dry.

This is the first exploration well in production licence 533 B. The licence was awarded in APA 2017.

The well was drilled to a vertical depth of 1982 metres below sea level, and was terminated in the Kolmule Formation from the Early Cretaceous Age. Water depth is 305.5 metres. The well will now be permanently plugged and abandoned.

Well 7219/11-1 was drilled by the West Bollsta drilling facility, which will now proceed to production licence 359 in the central part of the North Sea to drill wildcat well 16/4-13 S, where Lundin Energy Norway AS is the operator. 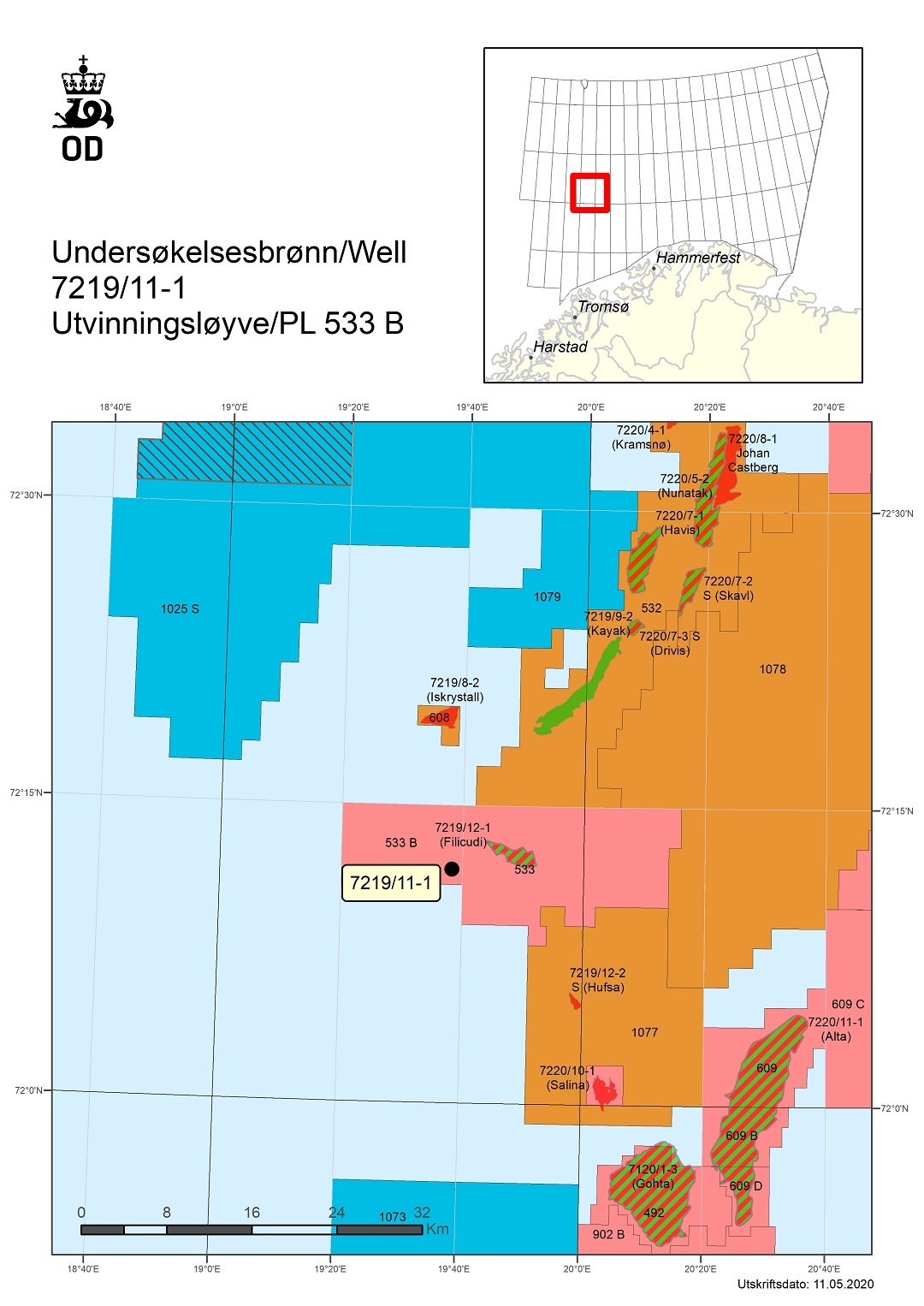