The well encountered a sandstone layer of about 60 metres in the Ula Formation, with good to very good reservoir quality. The Skagerrak Formation was not encountered. The well is dry.

Data acquisition was carried out.

This is the second exploration well in production licence 973. The licence was awarded in APA 2018.

Well 15/12-26 was drilled to a vertical depth of 2,762 metres below sea level and was terminated in rocks from the Early Permian Age in the Zechstein group.

The water depth is 87 metres. The well will now be permanently plugged and abandoned.

Well 15/12-26 was drilled by the COSLInnovator drilling facility, which is now headed for Coast Center Base (CCB Ågotnes) west of Bergen for a temporary stay at the shipyard. 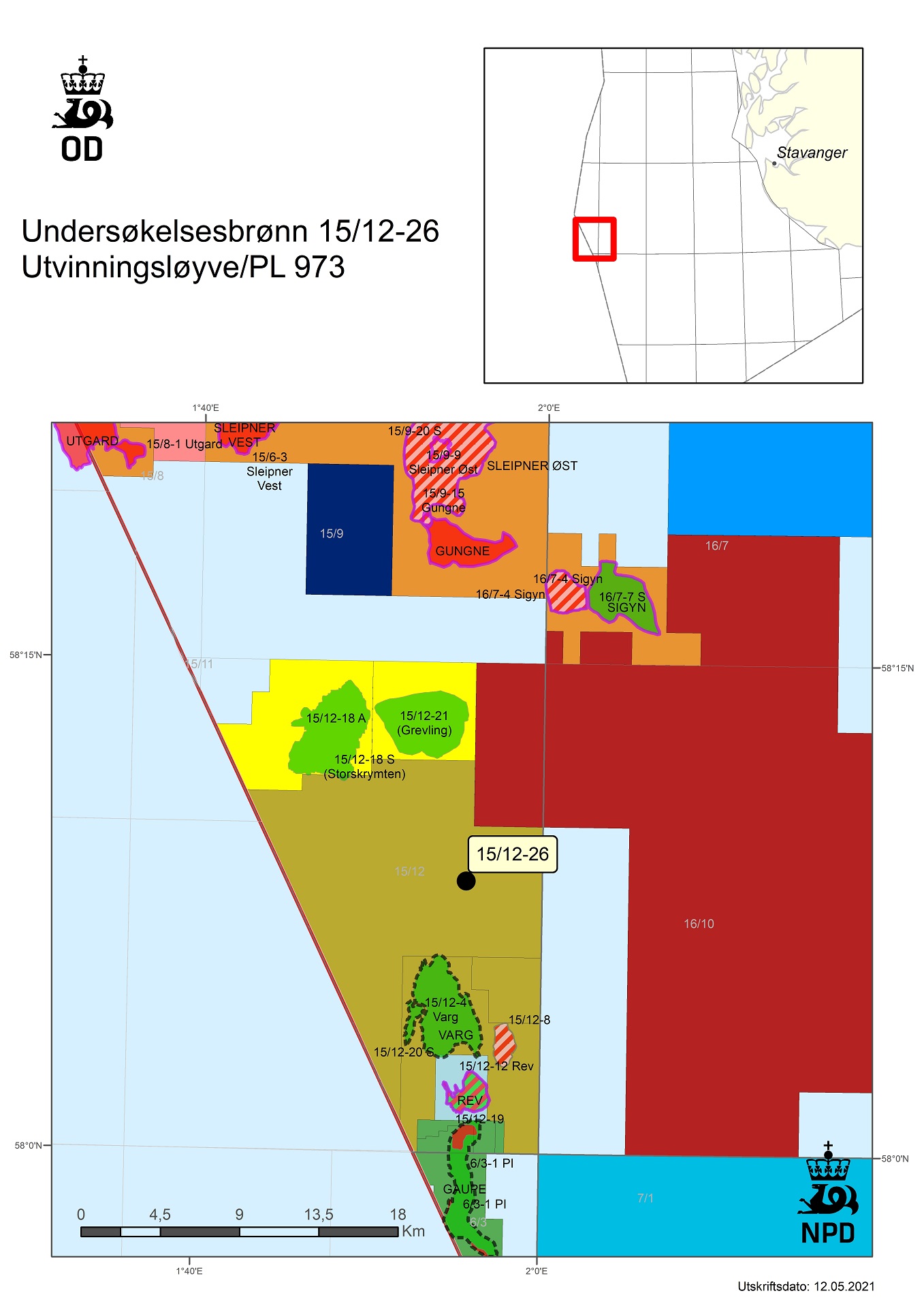