The well encountered 18 metres of the Sandnes and Bryne Formation from the Middle Jurassic, 10 metres of which were sandstone with good reservoir quality.

In the secondary exploration target, the well encountered about 70 metres of tight carbonate rocks in the Zechstein Group. The Rotliegend Group is most likely not present in the well, but it did encounter about 60 metres of tight clastic rocks from the Paleozoic Era.

The well also encountered about 200 metres of the Skagerrak and Smith Bank Formation (Triassic), a total of about 120 metres of which were sandstone with poor to moderate reservoir quality.

The well is dry, with no traces of petroleum. Data acquisition was carried out. This is the first exploration well in production licence 976. The licence was awarded in APA 2018.

Well 17/8-1 was drilled to a vertical depth of 2,891 metres below sea level and was terminated in rocks from the Paleozoic Era.

The water depth is 119 metres. The well will be permanently plugged and abandoned.

Well 17/8-1 was drilled by the Deepsea Stavanger drilling facility, which is now moving on to drill wildcat well 24/12-7 in production licence 1041 in the North Sea, where Aker BP ASA is the operator. 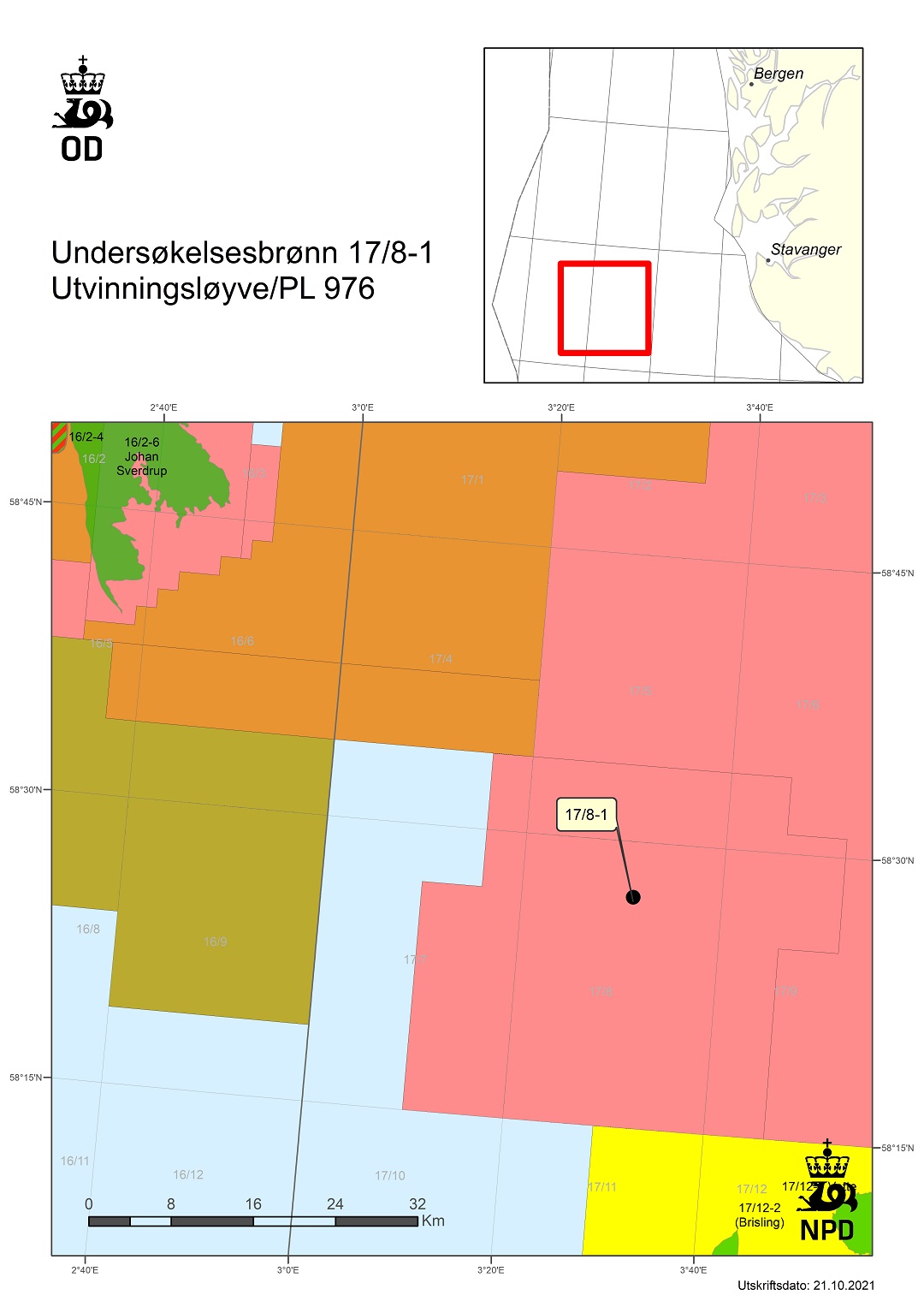 22/10/2021 The Norwegian Petroleum Directorate has issued a drilling permit to Equinor Energy AS for well 6407/9-13, cf. Section 13 of the Resource Management Regulations.
Contact