The wells were drilled about 7 kilometres west of the Fram field in the northern North Sea and 125 kilometres north-west of Bergen.

The objective of well 35/11-25 S was to prove petroleum in rocks from the Late Jurassic (Sognefjord Formation equivalent).

The objective of well 35/11-25 A was to prove petroleum in the Etive Formation from the Middle Jurassic.

Well 35/11-25 A encountered about 55 metres of sandstone of moderate reservoir quality in the Etive Formation. The well is dry.

The wells were not formation-tested, but extensive data acquisition and sampling were performed.

These are the 19th and 20th exploration wells in production licence 090. This licence was awarded in the 8th licensing round in 1984.

Well 35/11-25 S was drilled to respective vertical and measured depths of 2,854 and 3,157 metres below sea level, and was terminated in the Heather Formation from the Late Jurassic.

Well 35/11-25 A was drilled to respective vertical and measured depths of 3,208 and 3,711 metres below sea level, and was terminated in the Oseberg Formation from the Middle Jurassic.

Water depth at the site is 352 metres. The wells have been permanently plugged and abandoned.

The wells were drilled by the Deepsea Atlantic drilling facility, which is now moving on to drill wildcat well 31/11-1 S in production licence 785 S in the central part of the North Sea, where Equinor Energy AS is the operator. 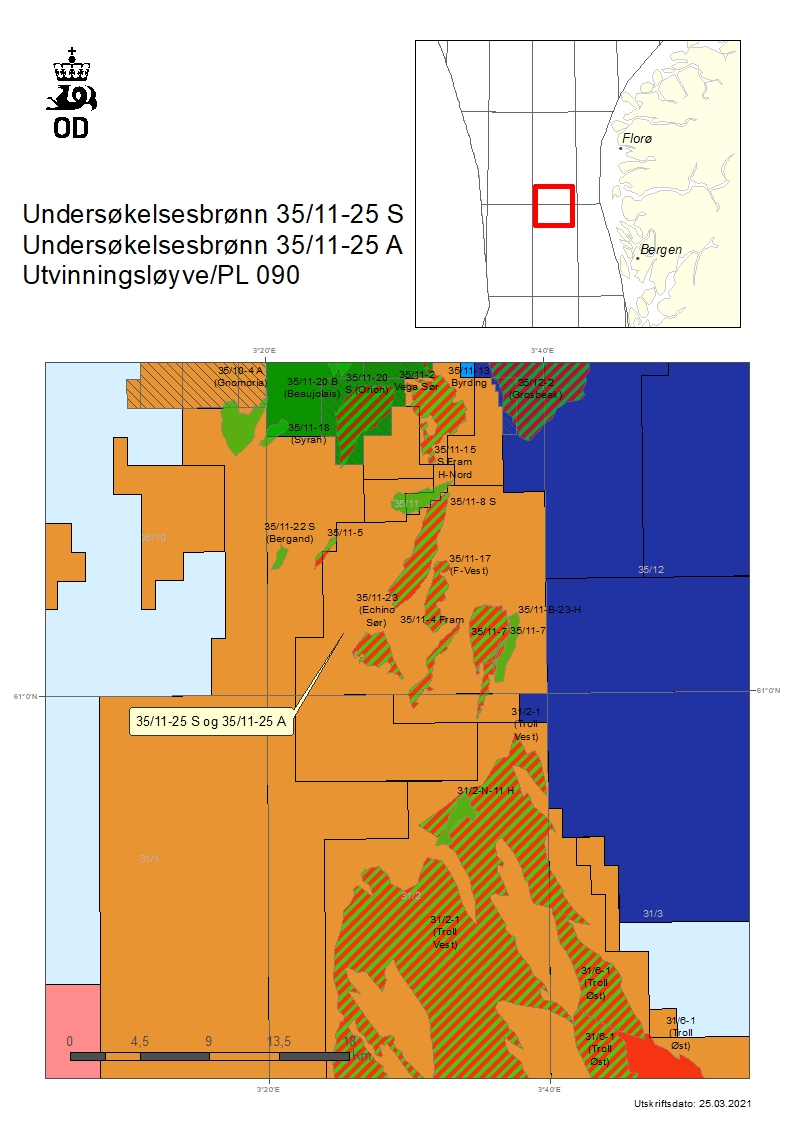 16/12/2021 The Ministry of Petroleum and Energy has received applications from five companies in connection with the announcement of two areas associated with injection and storage of CO2 on the Norwegian continental shelf.
Contact