The well encountered a gas column totalling 85 metres in the Garn Formation, of which about 60 metres consist of sandstone of moderate to poor reservoir quality. The gas/water contact was not encountered. The preliminary calculation of the size of the discovery in the Garn Formation is between 5 and 11 million standard cubic metres (Sm3) of recoverable oil equivalent.

In the first secondary exploration target in the Cretaceous, the well encountered a 33-metre gas/condensate column in the upper part of the Lysing Formation, containing multiple sandstone layers totalling about 15 metres with moderate to good reservoir properties. The gas/water contact was proven at 2,883 metres below sea level.

The preliminary calculation of the size of the discovery in the Lysing Formation is between 3 and 5 million standard cubic metres (Sm3) of recoverable oil equivalent.

The two bottom sandstone intervals have oil columns of 23 and 19 metres, respectively, containing sandstone layers totalling 8 metres in each interval, with poor reservoir properties. No oil/water contacts were proven. The preliminary calculation of the size of the discovery in the Lange Formation is between 3 and 9 million standard cubic metres (Sm3) of recoverable oil equivalent.

The licensees will consider tying the discoveries into existing infrastructure in the area.

This is the second exploration well in production licence 211.

Well 6507/4-2 S was drilled to vertical and measured depths of 4,398 and 4,453 meters, respectively, below sea level, and was terminated in the Ror Formation from the Early Triassic.

The water depth is 450 metres. The well will now be permanently plugged and abandoned.

Well 6507/4-2 S was drilled by the Deep Sea Aberdeen drilling facility, which is now headed for wildcat well 6406/3-10 to test the oil discovery (Bergknapp) from 2020 in production licence 836 S in the Norwegian Sea, where Wintershall DEA Norge AS is the operator. 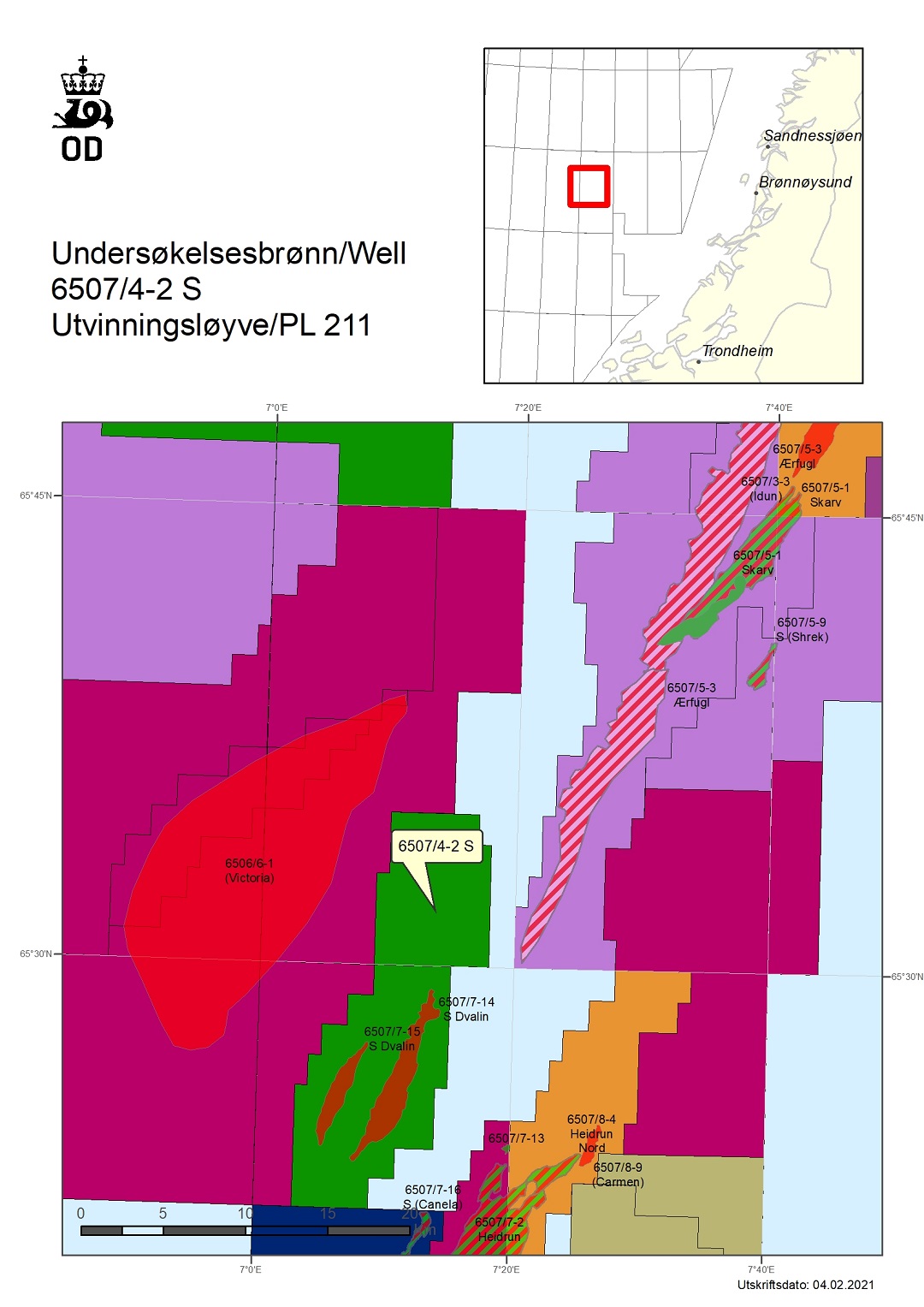