The objective of the well was to prove petroleum in reservoir rocks from the Palaeocene Age (the Ty Formation).

The well encountered a 40-metre gas/condensate column in the Ty Formation, of which about 30 meters in sandstone were of good reservoir quality. The gas/water contact was not encountered.

Preliminary calculations indicate the estimated size of the discovery is between 1 and 2 million standard cubic metres (Sm3) of oil equivalent in place. Collected pressure data show that the reservoir is depleted, which means that it has very low pressure due to pressure reduction.

The licensees' assessment is that it is not possible to develop the gas discovery.

This is the first exploration well in production licence 973. The licence was awarded in APA 2018.

Well 15/12-25 was drilled to a vertical depth of 2795 meters below sea level and was terminated in limestone presumably from the Palaeocene Age in the Ty Formation.

The water depth is 86 metres. The well has now been permanently plugged and abandoned.

Well 15/12-25 was drilled by the COSL Innovator drilling facility, which will now continue with the drilling of wildcat well 15/12-26, which is also in production licence 973, where Chrysaor Norge AS is the operator. 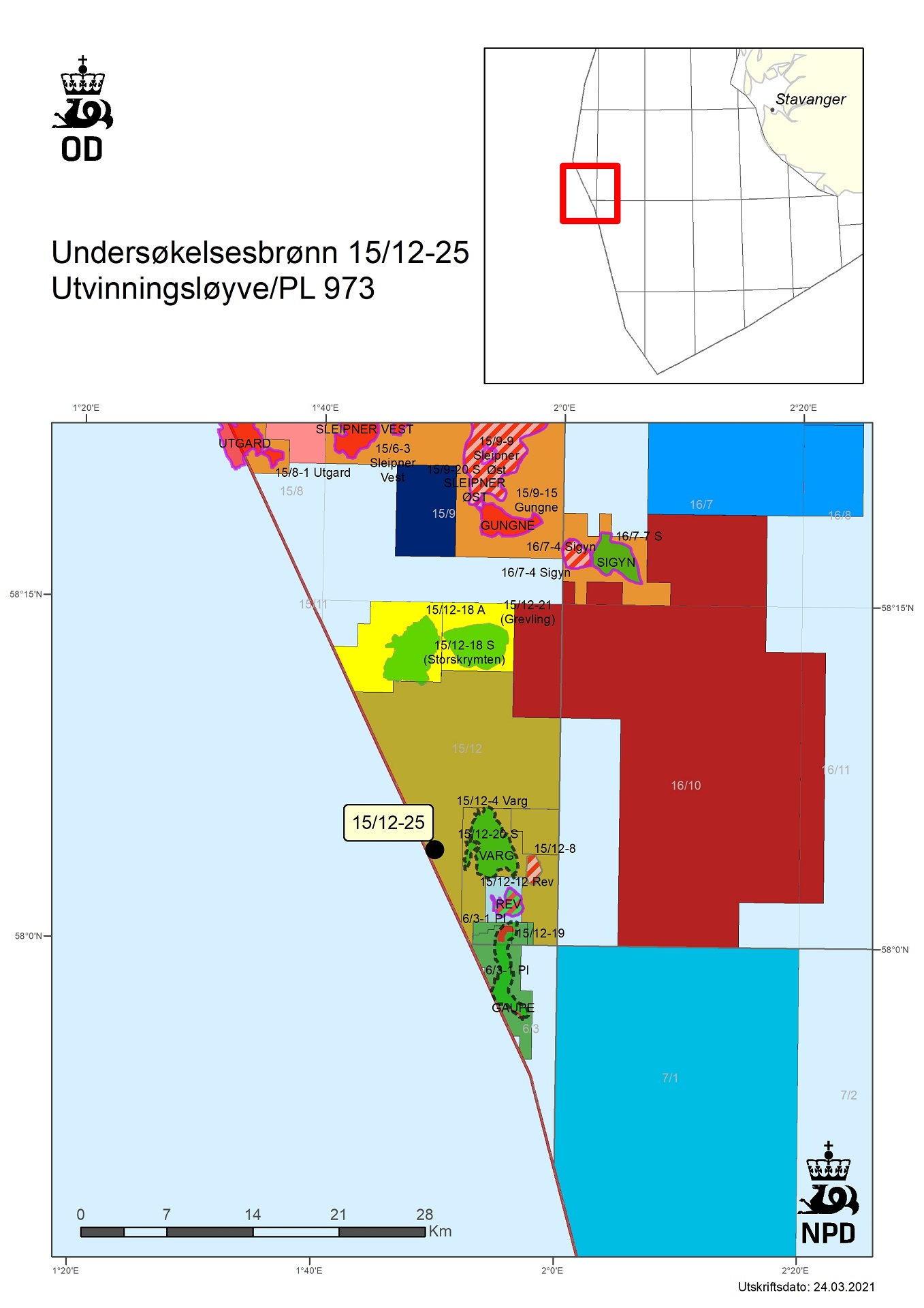