The well was drilled about 160 kilometres south of the 7435/12-1 (Korpfjell) gas discovery in the eastern part of the Barents Sea and 290 kilometres northeast of Vardø.

The objective of the well was to prove petroleum in carbonate reservoir rocks from the Late Carboniferous and Early Permian (the Ørn Formation).

Well 7234/6-1 encountered a gas column totalling 57 metres in the Ørn Formation, of which 26 metres in carbonate rocks (dolomite) with poor to moderate reservoir quality.

The gas/water contact was not encountered, but water samples have been collected. The gas discovery has a high CO2 content.

The well encountered traces of gas in several thin sandstone layers of variable reservoir quality in the Snadd, Kobbe and Havert Formation from the Triassic.

The well also encountered a 36-metre thick Realgrunnen Subgroup from the Jurassic with a sandstone reservoir with no traces of petroleum.

Preliminary estimates place the size of the discovery between 1.6 and 2.1 million standard cubic metres (Sm3) of recoverable oil equivalent.

The discovery is not considered to be financially profitable at present, but the licensees will assess the discovery alongside remaining prospects in the production licence.

The well was not formation-tested, but data acquisition and sampling have been performed.

This is the first exploration well in production licence 858. This licence was awarded in the 23rd licensing round in 2016.

Well 7234/6-1 was drilled to a vertical depth of 4003 metres below sea level, and was terminated in the Ørn Formation.

Water depth at the site is 247 metres. The well has been permanently plugged and abandoned.

The well was drilled by the Deepsea Nordkapp drilling facility, which will now drill pilot holes in production licence 146 in the North Sea, where Aker BP ASA is the operator. 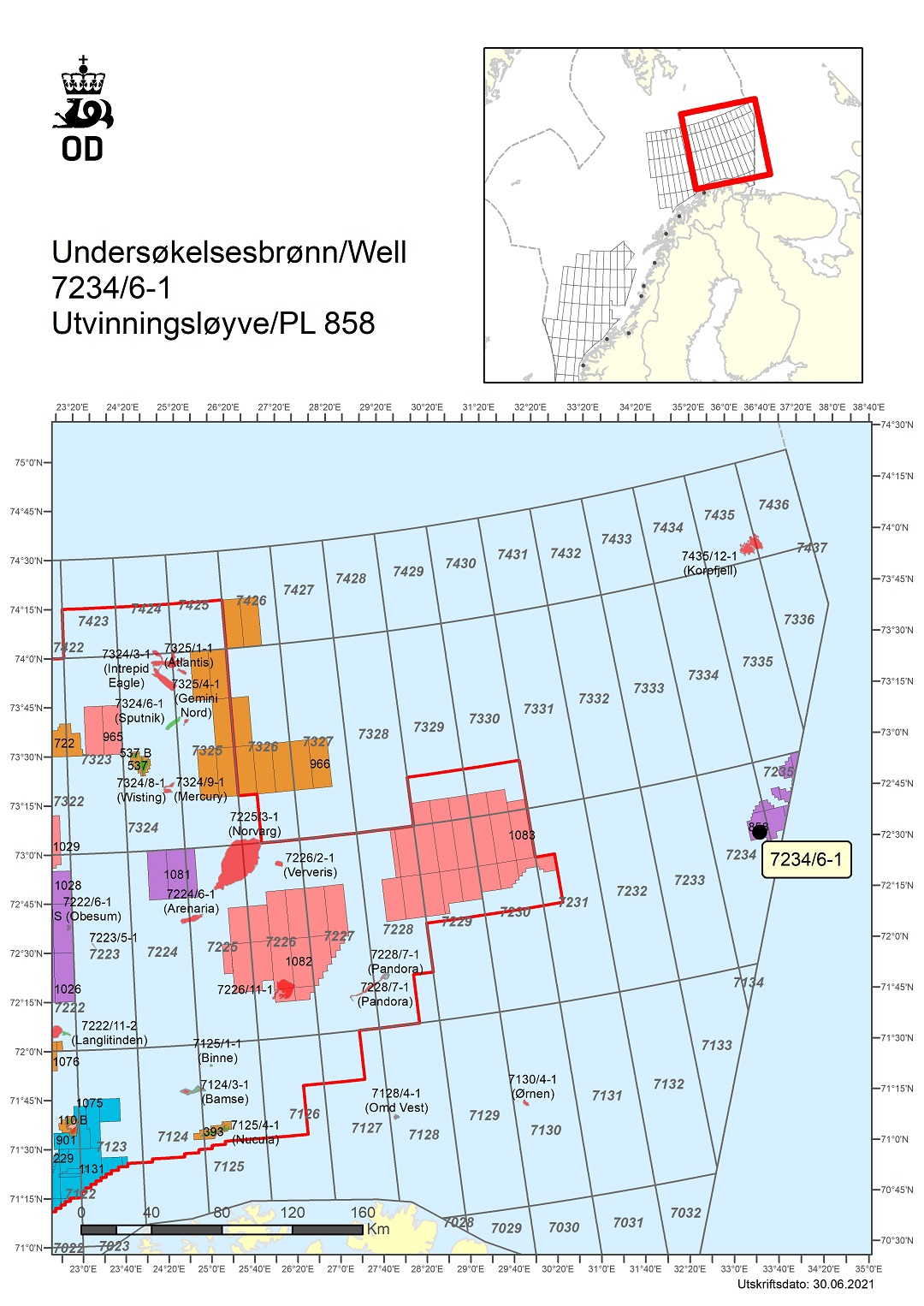