The well was drilled about 10 kilometres south of the 7122/6-1 (Tornerose) discovery in the Barents Sea and 100 kilometres northwest of Hammerfest.

The objective of the well was to prove oil and gas in the Realgrunnen Subgroup in reservoir rocks from the Late Triassic to Middle Jurassic Age.

Well 7122/6-3 S encountered a 28-metre oil and gas column in the Stø Formation from the Early to Middle Jurassic, of which 22 metres were sandstone layers of moderate to good reservoir quality.

Sandstone layers totalling 36 metres, with moderate to good reservoir quality, were also encountered in the Nordmela, Tubåen and Fruholmen formations from the Early Jurassic to Late Triassic, but these are water-filled.

The gas/oil contact and the oil/water contact were encountered at 1865 and 1876 metres below sea level, respectively. Preliminary estimates place the size of the discovery at between 1.4 and 1.9 million standard cubic metres (Sm3) of recoverable oil equivalent.

The licensees will assess the discovery together with other nearby prospects with a view toward a potential development tied into existing infrastructure on the Goliat field.

The well was not formation-tested, but extensive data acquisition and sampling have been performed.

This is the first exploration well in production licence 901, which was awarded in APA 2016.

Well 7122/6-3 S was drilled to a vertical depth of 1970 metres below sea level, and was terminated in the Fruholmen Formation from the Late Triassic.

Water depth at the site is 427 metres. The well has now been permanently plugged and abandoned.

Well 7122/6-3 S was drilled by the Scarabeo 8 drilling facility, which will now proceed to drill development wells on the Nova field in production licence 418 in the North Sea, where Wintershall Dea Norge AS is the operator. 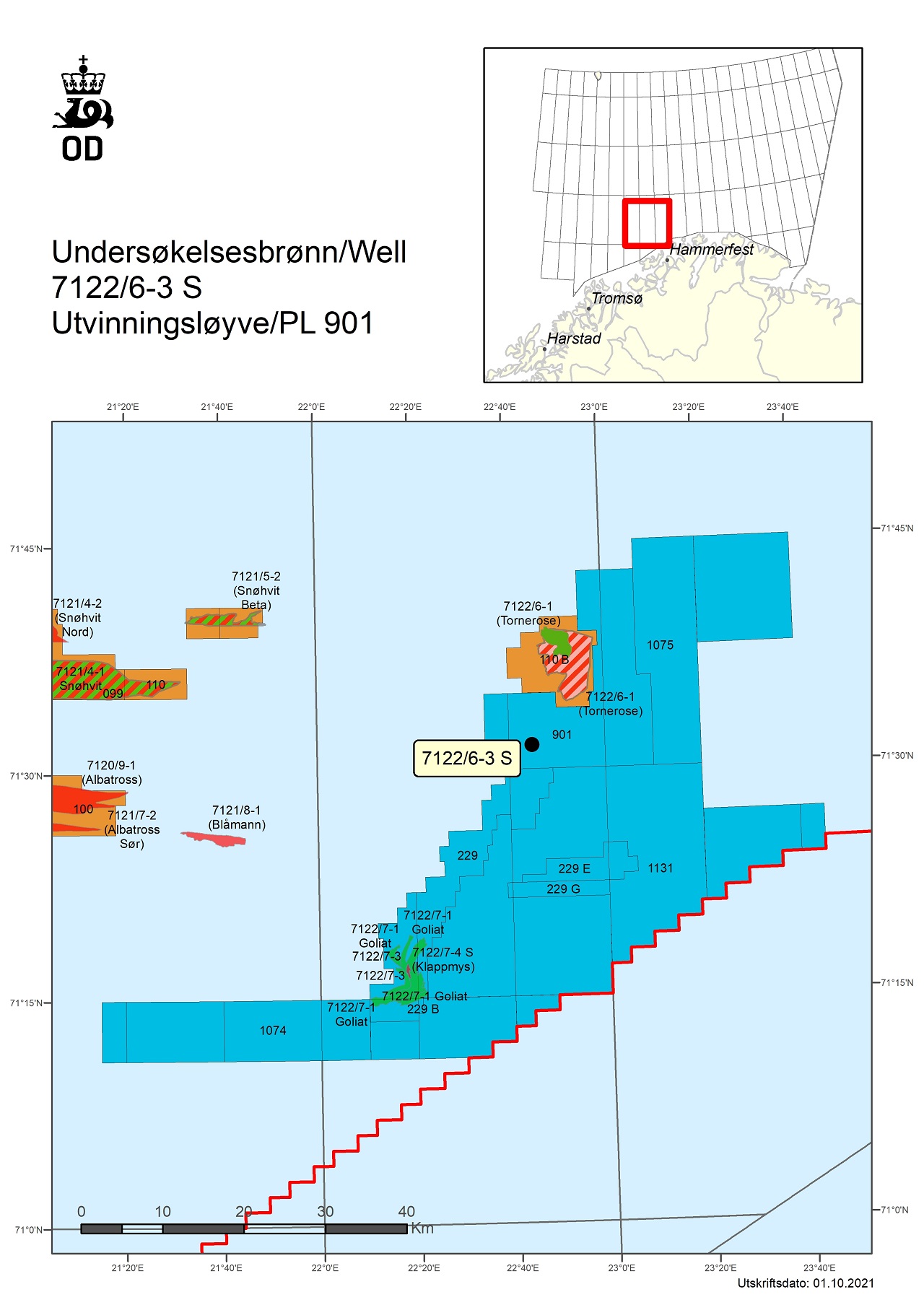