The well was drilled about 15 kilometres south of the Edvard Grieg field in the central part of the North Sea and 190 kilometres west of Stavanger.

The objective of the well was to prove petroleum in reservoir rocks from the Triassic to Paleozoic Age. The well encountered an oil column of 10 metres in conglomerate sandstone in these rocks, about 7 metres of which with moderate to poor reservoir quality.

The oil/water contact was encountered 1950 metres below the sea surface. The entire reservoir, including the water zone, consists of conglomeratic sandstones and in a thickness of about 380 metres.

Preliminary estimates place the size of the discovery between 0.5 and 1.4 million standard cubic metres (Sm3) of recoverable oil equivalent. The licensees will assess the discovery with regard to a possible tie-in to the Solveig field.

This is the sixth exploration well to be drilled in production licence 359. The licence was awarded in APA 2005.

The well was drilled to respective measured and vertical depths of 2,422 and 2,325 metres below sea level and was terminated in Paleozoic rocks. Water depth at the site is 100 metres.

The well will be permanently plugged and abandoned.

Well 16/4-13 S was drilled by the West Bollsta drilling facility, which will now drill production well 16/4-BA-1H on the Solveig field in production licence 359 in the North Sea, where Lundin Energy Norway AS is the operator. 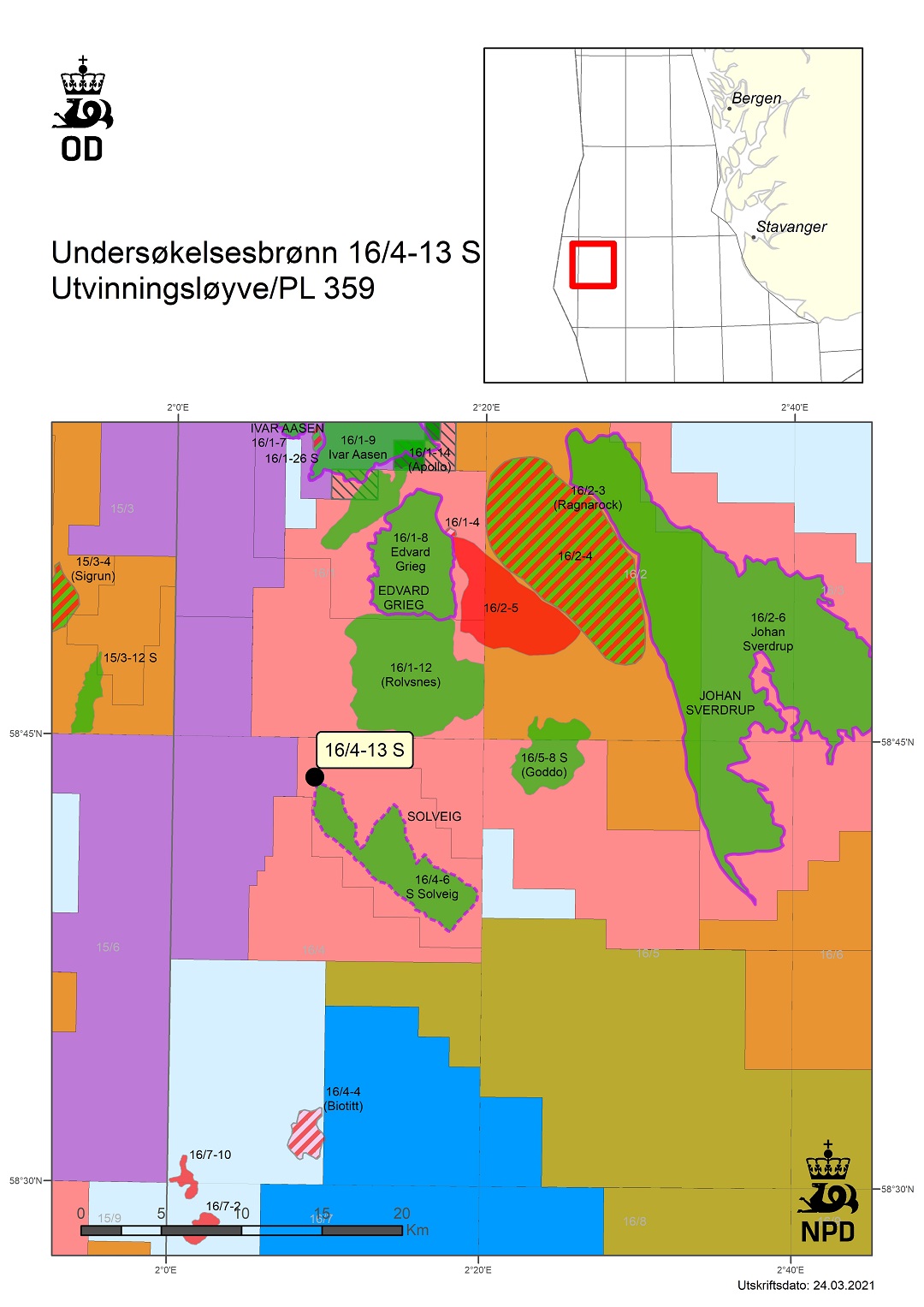