The well was drilled about 11 kilometres west of the Ula field in the southern North Sea and 275 kilometres southwest of Stavanger.

The objective of the well was to prove petroleum in upper Jurassic reservoir rocks in the Ula Formation (Vestland Group).

Well 7/11-14 S encountered a total oil column of 7 metres in the Ula Formation in a 9-metre thick sandstone layer of moderate reservoir quality. The oil/water contact was proven at a depth of 3999 metres below sea level.

The preliminary calculation of the size of the discovery is between 0.7 and 1.5 million standard cubic metres (Sm3) of recoverable oil equivalent. The discovery is not currently considered to be profitable.

The well was not formation-tested, but data acquisition was undertaken.
This is the first exploration well in production licence 906. The licence was awarded in APA 2017.

Well 7/11-14 S was drilled to a vertical and measured depth of 4090 and 4122 meters, respectively, below sea level, and was terminated in the Bryne Formation in the Middle Jurassic.

The water depth is 72 metres. The well has been permanently plugged and abandoned.

Well 7/11-14 S was drilled by the Maersk Integrator drilling facility, which is now headed for Åmøyfjorden. 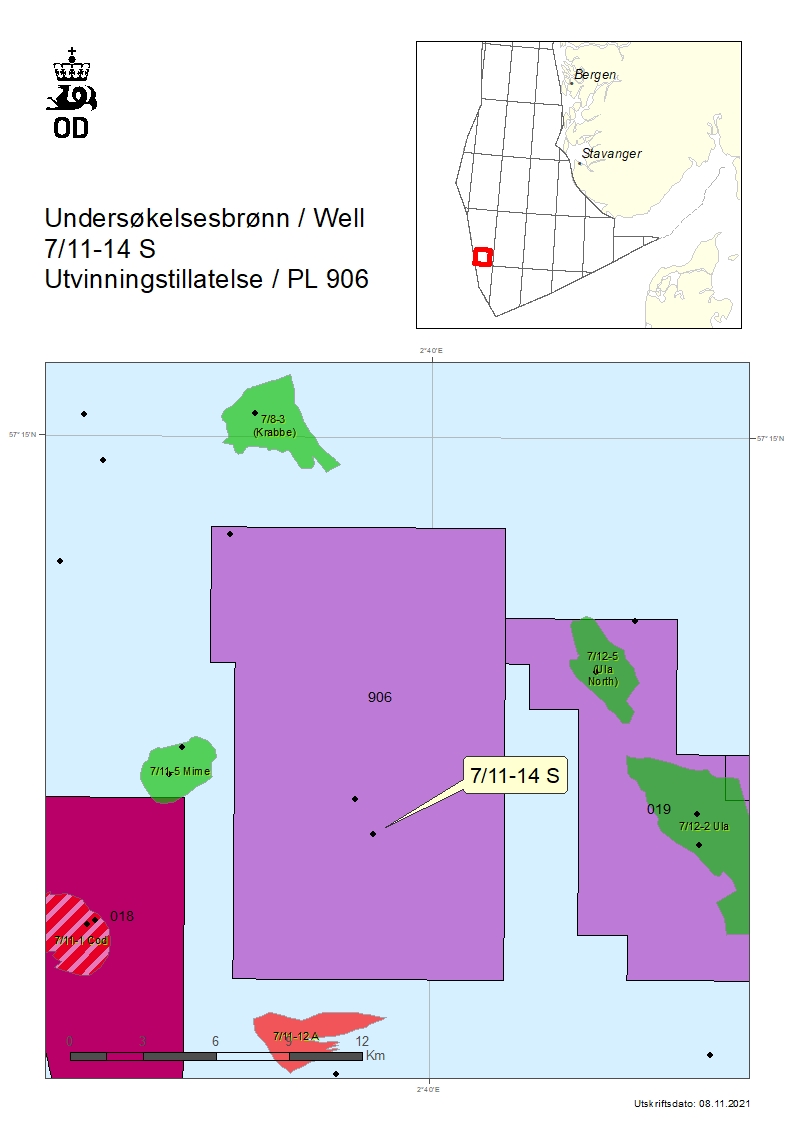