The well was drilled about 10 kilometres northeast of the Visund field in the northern North Sea and 120 kilometres west of Florø.

The primary exploration target for the well was to prove petroleum in reservoir rocks from the Early Jurassic Age (the Cook Formation).

The secondary exploration target for the well was to prove petroleum in reservoir rocks from the Early Jurassic Age (the Nansen Formation).

Well 34/6-5 S encountered an 86-metre oil column in the Cook Formation, of which about 60 metres are sandstones with moderate to good reservoir quality.

It is estimated that the oil/water contact lies somewhere between 3672 and 3674 metres below sea level. The well encountered water-bearing sandstones in the Nansen Formation.

Preliminary estimates place the size of the discovery between 1.3 and 3.6 million standard cubic metres (Sm3) of recoverable oil equivalent.

The licensees will consider developing the discovery through tie-in to the planned development of the 34/6-2 S (Garantiana) oil discovery.

Extensive data acquisition and sampling have been carried out. A successful formation test has been performed.

The well produced oil with a gas/oil ratio of 32 Sm3/Sm3.

This is the sixth exploration well in production licence 554. The licence was awarded in APA2009.

Well 34/6-5 S was drilled to respective vertical and measured depths of 3952 and 4005 metres below sea level and was terminated in the Nansen Formation.

Water depth at the site is 385 metres. The well has been permanently plugged and abandoned. 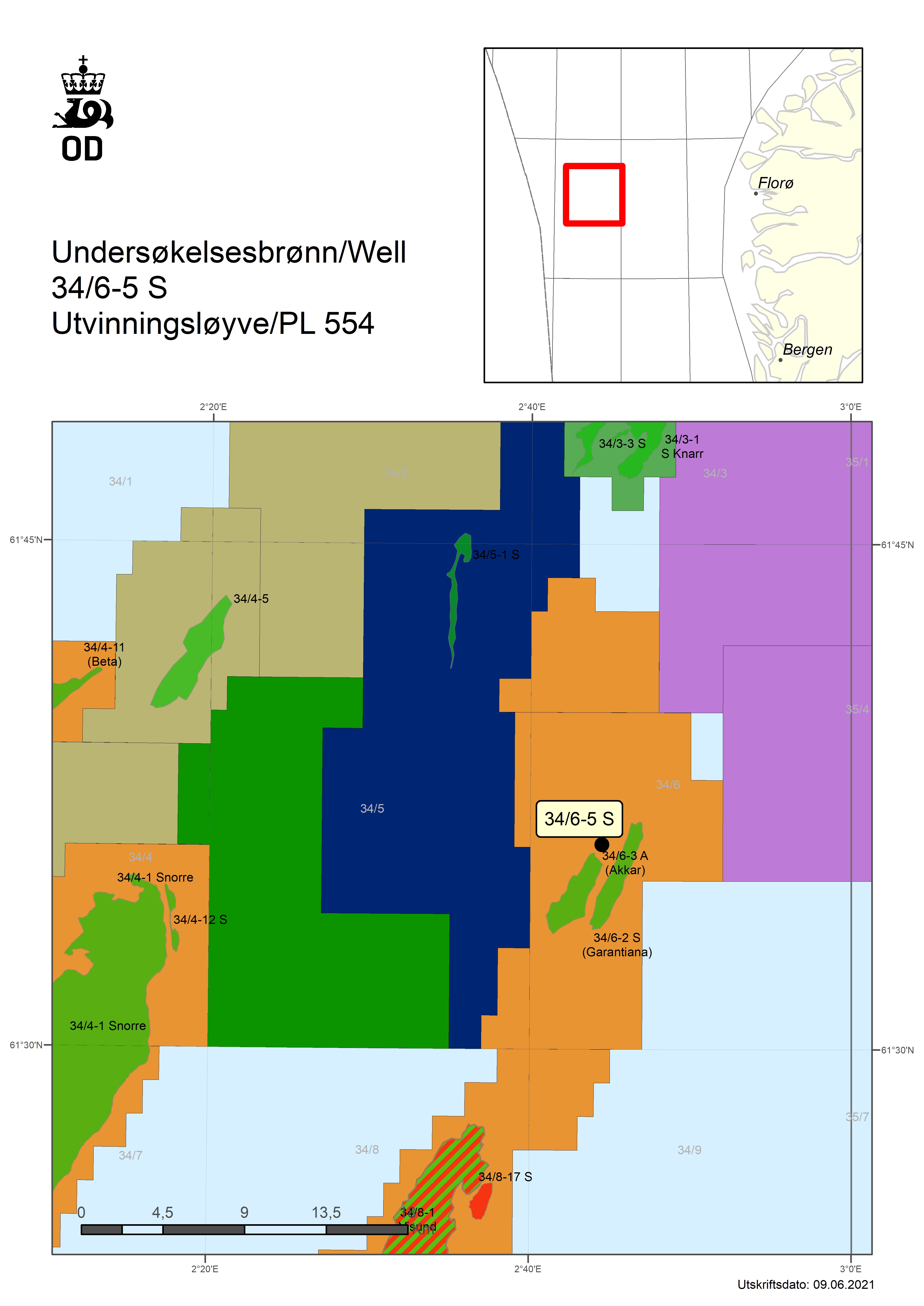 15/09/2021 The authorities have received applications from 31 companies in the Awards in Predefined Areas (APA) 2021.
Contact