The well was drilled about 17 kilometres southwest of the Bøyla field in the North Sea, and 230 kilometres west of Stavanger.

In the primary exploration target, the well encountered the Hermod Formation in a thickness of about 75 metres. A 38-metre oil column was proven in a total of 20 metres of sandstone, with very good to extremely good reservoir properties.

The oil/water contact at 2132 metres below sea level was confirmed with pressure points.

In the secondary exploration target, the well encountered a total of 34 metres of aquiferous sandstone with good reservoir properties in the Heimdal Formation.

Preliminary calculations of the size of the discovery show approx. 0.8 million standard cubic metres (Sm3) of recoverable oil equivalent. The licensees do not consider this discovery to be commercial.

The well was not formation-tested, but data acquisition was undertaken. This is first exploration well in production licence 1041. The licence was awarded in APA 2019.

24/12-7 was drilled to a measured vertical depth of 2275 metres below sea level, and was terminated in the Heimdal Formation. The water depth is 118 metres.

The well has now been permanently plugged and abandoned.

Well 24/12-7 was drilled by the Deepsea Stavanger drilling facility. 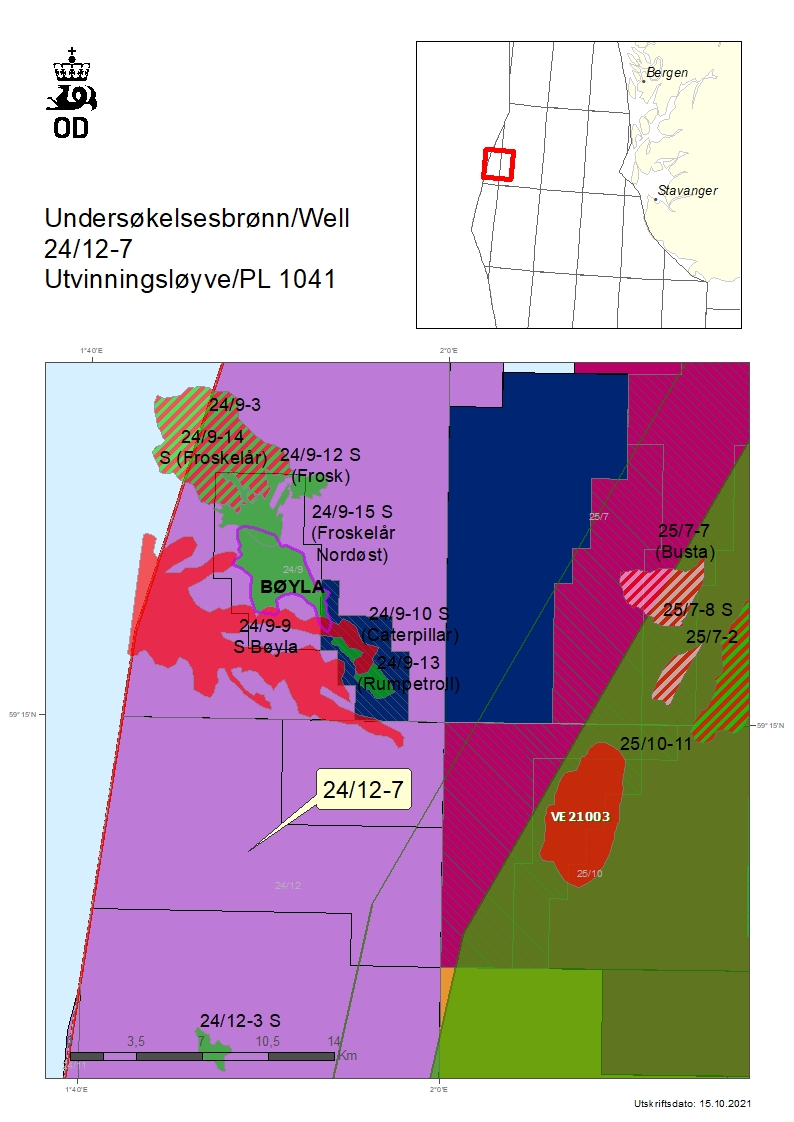