Both wells encountered water in the Cook Formation, which has good to moderate reservoir quality.

The preliminary calculation of the size of the discovery is between 7 and 11 million Sm3 of recoverable oil equivalent. The licensees have classified the discovery as commercial and will consider development solutions in relation to existing infrastructure.

In order to gain a better overview of the resource base in the area, they will also consider drilling exploration wells in other adjacent prospects in production license 923.

The wells were not formation-tested, but extensive data acquisition and sampling was undertaken.

These are the 1st and 2nd exploration wells in production license 923. The licence was awarded in APA 2017.

Well 31/1-2 S was drilled to a vertical depth of 3440 metres below sea level and a measured depth of 3555 metres. The well was terminated in the Amundsen Formation from the Early Jurassic Age.

Well 31/1-2 A was drilled to a vertical depth of 3452 metres below sea level and a measured depth of 3876 metres. The appraisal well was terminated in the Cook Formation.

The water depth is 349 metres. The wells have been permanently plugged and abandoned.

Wells 31/1-2 S and 31/1-2 A were drilled by the West Hercules drilling facility, which will now move on to drill wildcat well 31/2-22 S in production license 090 in the northern section of the North Sea, where Equinor Energy AS is the operator. 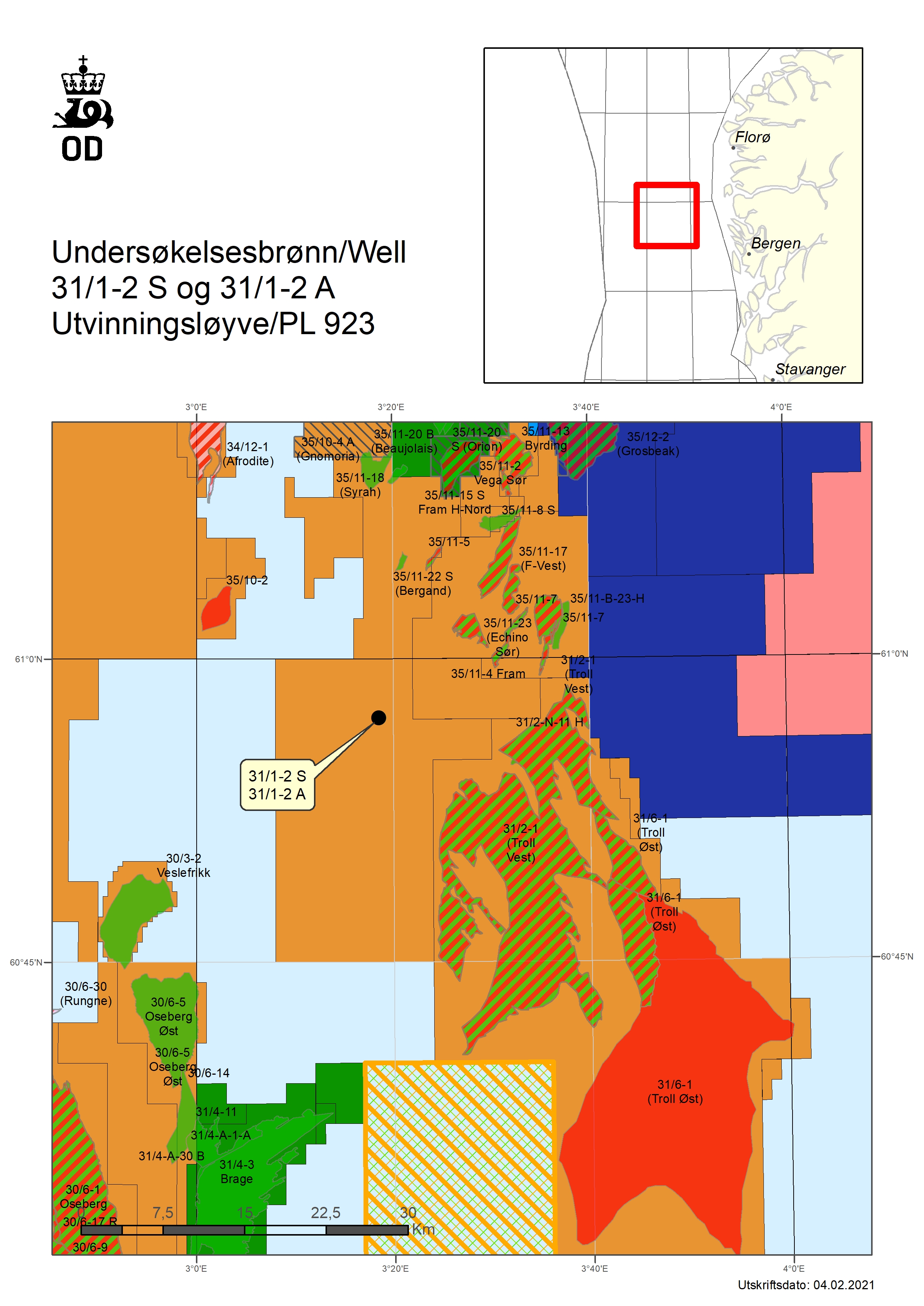 06/01/2023 The Norwegian Petroleum Directorate (NPD) has awarded contracts to the companies Fugro and Enviros for mapping of the shallowest strata under the seabed.
Contact
Ola Anders Skauby