The wells were drilled about 3 kilometres southwest of the Fram field in the northern North Sea and 120 kilometres northwest of Bergen.

The primary exploration target for wildcat well 31/2-22 A was to prove petroleum in the Sognefjord Formation in the neighbouring structure west of 31/2-22 S.

The oil/water contacts were proven at 1,860 metres and 1,960 metres, respectively, below sea level.

The well encountered about 65 metres of sandstone in the Fensfjord Formation, with moderate to good reservoir quality.

The preliminary estimate of the size of the discovery is between 12 and 19 million standard cubic metres (Sm3) of recoverable oil equivalent. The licensees have assessed the discovery as commercial and will consider tie-in to other discoveries and existing infrastructure in the area.

These are the first and second exploration wells in production licence 090 I. The licence was awarded in APA 2017.

Water depth at the site is 349 metres. The wells have been permanently plugged and abandoned.

The wells were drilled by the West Hercules drilling facility, which will now drill wildcat well 34/6-5 S in production licence 554 in the northern North Sea, where Equinor Energy AS is the operator. 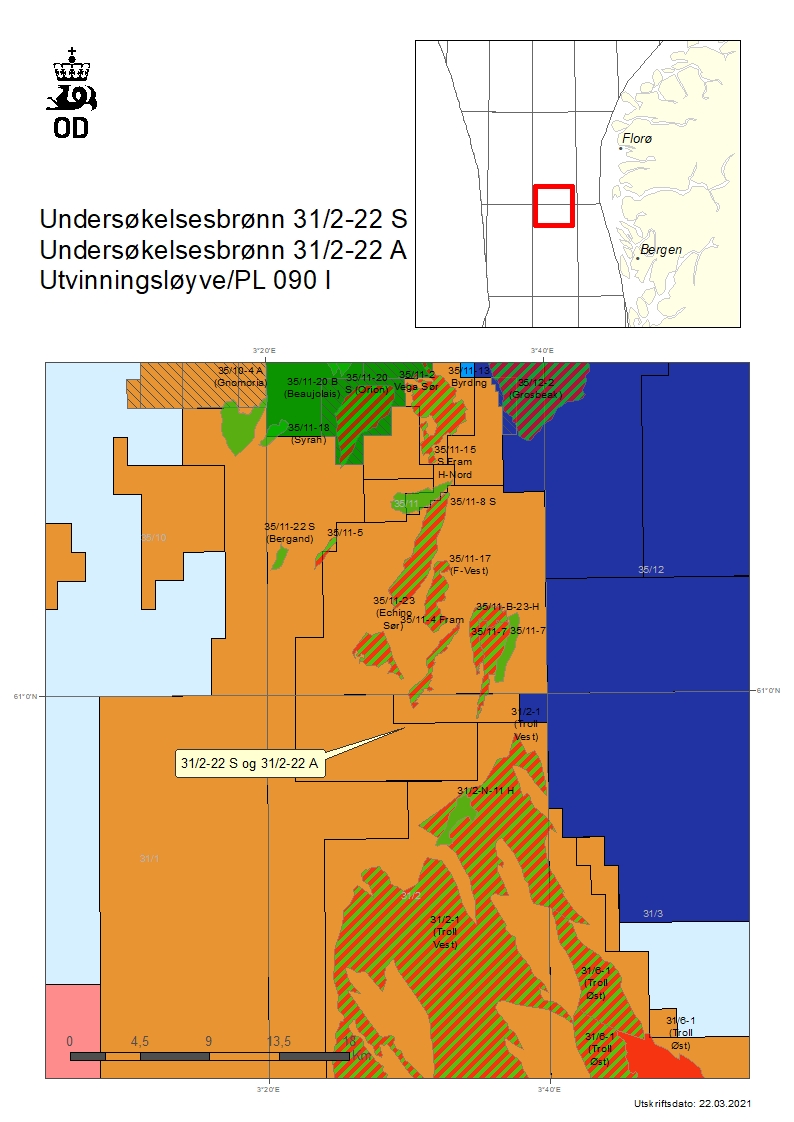