The objective of the well was to prove petroleum in Upper Cretaceous reservoir rocks in the Lange Formation.

Well 6407/1-9 encountered a total oil column of about 36 metres in the Lange Formation with sandstone layers totalling 13 metres of poor to moderate reservoir quality. The oil/water contact was not encountered.

Preliminary estimates place the size of the discovery between 3 and 10 million standard cubic metres (Sm3) of recoverable oil equivalent.

The licensees will evaluate the discovery for further appraisal, and will consider tying the discovery into existing infrastructure in the area.

This is the first exploration well in production licence 939. The licence was awarded in APA 2017.

Well 6407/1-9 was drilled to a vertical depth of 3883 metres below sea level, and was terminated in the Lange Formation in the Upper Cretaceous.

Water depth at the site is 301 metres. The well has been permanently plugged and abandoned.

Well 6407/1-9 was drilled by the West Hercules drilling facility, which will now drill wildcat well 35/10-7 S in production licence 630 in the North Sea, where Equinor Energy AS is the operator. 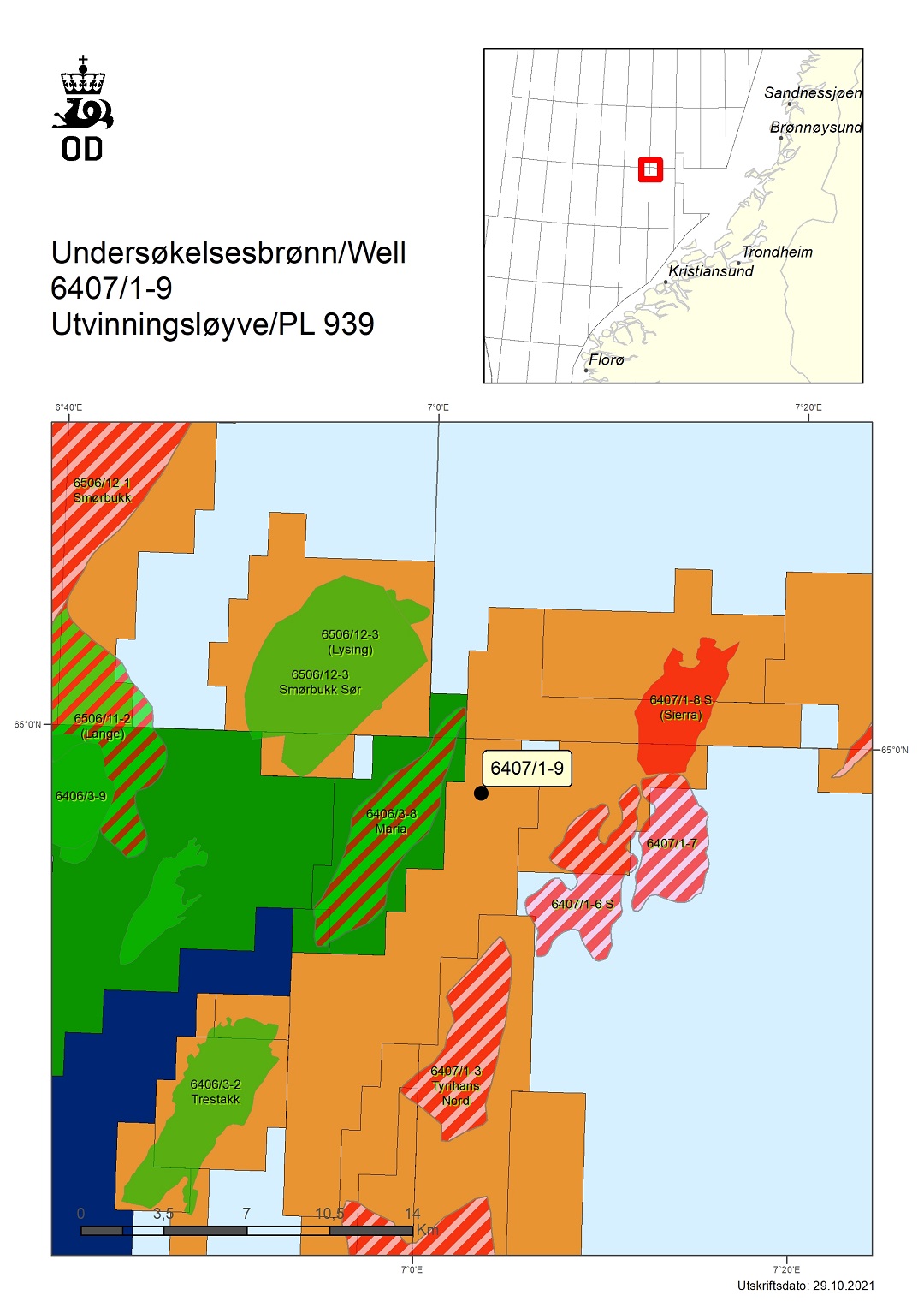