The discovery was proven in reservoir rocks in the Lower Jurassic (Åre Formation) and Triassic (Grey Beds) in 2020. Before well 6507/5-11 was drilled, the operator's resource estimate for the discovery was between 12 and 32 million standard cubic metres (Sm3) of recoverable oil equivalent.

The primary exploration target for the well was to delineate the discovery and achieve a better understanding of in-place and recoverable volumes for the hydrocarbon-bearing layers encountered in well 6507/5-10 S. The secondary exploration target was to prove petroleum in Palaeocene reservoir rocks in the Tang Formation.

Preliminary estimates indicate that the size of the discovery is between 6 and 13 million standard cubic metres (Sm3) of oil equivalent. Collected data will be analysed and future delineation and possible development will be considered.

Three successful injectivity tests were conducted. The planned injection rate was about 1000 Sm3/day for each test. The injectivity tests showed good flow properties in all zones, and communication in the Grey Beds between wells 6507/5-10 S and 6507/5-11.

This is the second exploration well in production licence 891. The licence was awarded in APA 2016.

Well 6507/5-11 was drilled to a vertical depth of 2273 metres below sea level and was terminated in the Red Beds in the Triassic.

The water depth is 351 metres. The well has been permanently plugged and abandoned.

Well 6507/5-11 was drilled by the Transocean Norge drilling facility, which is now drilling wildcat well 6507/4-3 S in production licence 1064 in the Norwegian Sea, where ConocoPhillips Skandinavia AS is the operator. 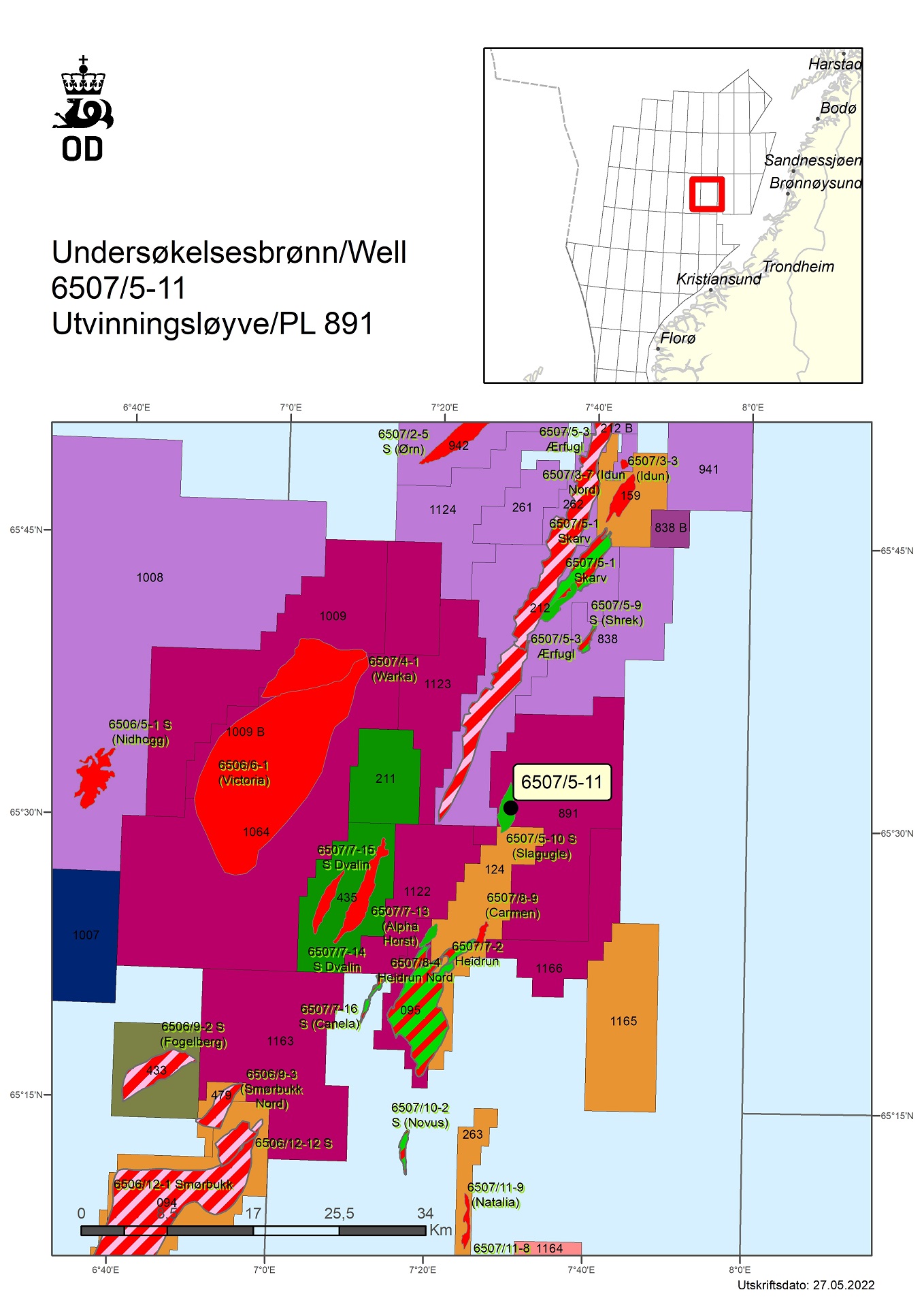